Chapter 9: What I really wanted

Chapter 9: What I really wanted

I didn’t have time to stop her.
Felnote-san drew the short dagger from her bosom and slit her wrist without hesitation.
With a sharp and accurate movement, she casually slit her wrist.
She poured her own blood into the empty teacup.
While I was still shocked, her blood flowed and dropped on the cup…

I was planning to get her to cut the tip of her finger lightly and give me the drops.
It was my fault this time, next time I will tell her properly.
I use heal on her and close the wound on her wrist.
My healing has highest level skill proficiency, and the healing magic also increases the function of the body to produce blood.
Well, because it’s troublesome so I didn’t chant any showy incantation.
Felnote-san gazed at her wound that I healed without any trace left. 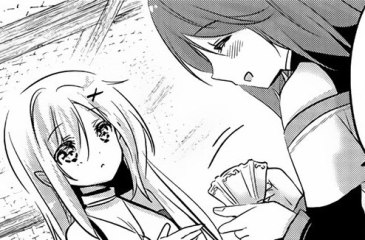 There was quite a lot of blood in the cup.
Even I treat her in a hurry but she wouldn’t die if she lost a cup of …blood.

… Well, she doesn’t need to do this.
This amount of blood is more than what I thought, but that’s what I asked her for.
It would be strange to refrain now.
I began to put the cup near my mouth.

The blood felt so sweet and it makes me even more thirsty.
My blood impulse has calm until now come back even stronger.
I have no other choice but to drink it now. 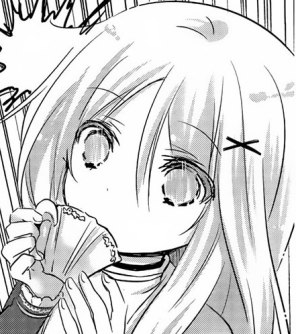 For a former human being, I shouldn’t be able to drink blood.
But strangely, it comes to me naturally.
It’s common sense for vampires, and my body has been waiting for this.
The blood in my mouth taste sweet, and its scent runs through my nose to my brain more intense than when I’m sniffing it.

The warm liquid pours down my throat and reaches my stomach.
And from the inside of my body, I feel a warm sensation spreading, making my skin agitated.

… Ya, this may become a habit …
It is delicious, much better than the dried meat and fresh fish sashimi.
Not only does it fill my body, it fills my heart as well.
It seems that my brain is filling with happiness.
And my breathing becomes faster.

I’m drinking to the last drop and licking the blood on my lips.
It’s sweet, after all.
My thirst has gone like a lie and my mood becomes refreshed.
Now I can sleep for a few days.
If there is a bed I would like to do so now.

At the same time I calmed down, my Blood Reading ability was activated.
Apparently, it activated when I drank blood and I read Felnoto-san’s information without permission.

I have max level Blood reading, so if I want, I can read the other’s thoughts and even their past.
But I thought that was a bit rude, so I decided to cut the reading when I got information on her status.

Although the activation is automatic, I can control how much info of reading will show.
It won’t be an invasion of privacy, besides I’m not interested in the other’s past in the first place.
I can’t help it because I’ve already seen her status.
By the way, her status is like this. 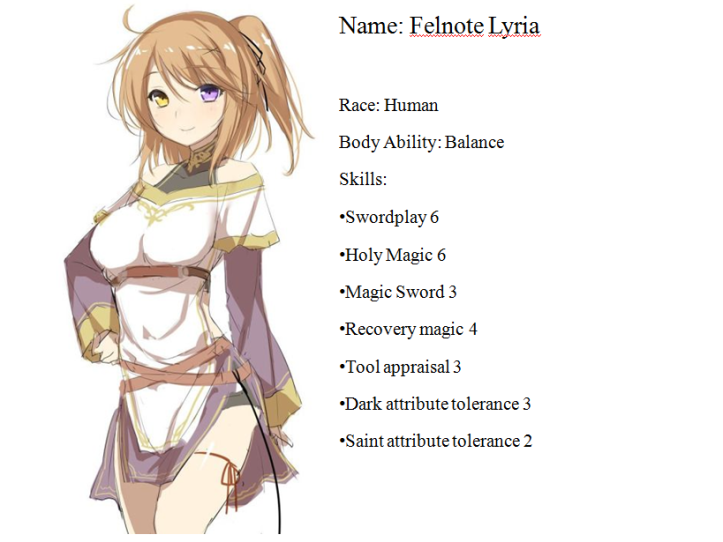 … It seems like she is a magical swordsman that can use recovery magic.
The number next to the skill name is the skill level and the maximum is 10.
What I mean that is that it’s possible to reach skill level 10.
Although level 10 is the maximum, reaching swordplay skill 6 is rare.
It requires long-term training,
but she seems good at handling dagger so she must possess sufficient dexterity.
For the time being, I returned the cup to her.

“Thank you very much, It was a feast” (Arge)

“Then, I will give you some more” (Felnote)

“Please stop it, I already get enough” (Arge) 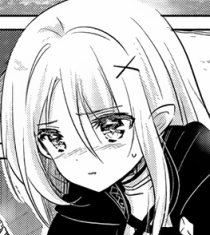 To think she willing to give me more.
Because I stop her in time, Felnote-san returns the dagger to the handle in her bosom.
… Why do you seem to be disappointed?
It was pretty bad, you know.

“Who exactly are you?
I have never heard of a healer that good with the name Arge…
I could not dispel the curse in my eyes even with the country’s top healer …” (Felnote)

“…It’s a race with few individuals, so they’re rare, but … the sun is still high, are you alright?” (Felnote)

“If I like, I can even sunbath, because I have level 10 sunlight resistance.” (Arge)

Of course, she will get surprised. Felnote-san’s blindness couldn’t be cured even with the country’s best healer.
The fact that I was able to cure it means the country’s top magician did not have the skill level of recovery magic at 10.
It is quite amazing to have skill level is at maximum.

“So, walking under the sun and being a vampire… Such existence only appears in legends…! Is it true?” (Felnote)

“Well, but I’m telling the truth. If I’m not a vampire, why would I need to drink blood?” (Arge) 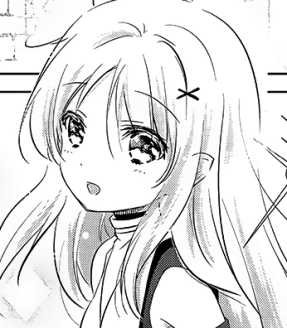 “Although it is certainly not normal to drink blood.
Only vampires and some types of demons do so,
but I have never heard of one that good with recovery magic!” (Felnote)

Felnote-san gave an expression as if she saw something unbelievable.
In fact, there are quite a few other skills at level 10, but it seems to be better to stay silent.
Even if I speak, I will only give her a headache. 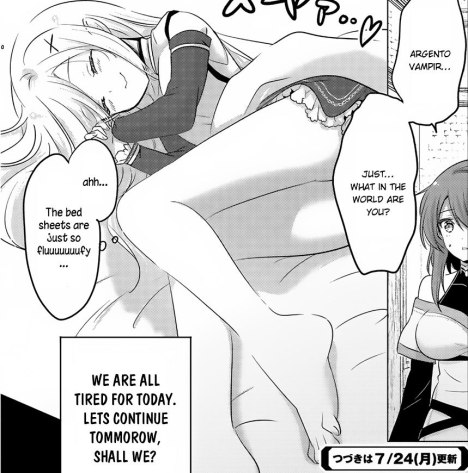 She is a tough person.
I can hear something, but I am already tired today so let’s continue tomorrow.
Ignoring Felnote-san who cried out at my ear for a while, I crawled into the fluffy bed for the first time in a week.
… Yes, the first time in a week.
I ate delicious sashimi and drank delicious blood.
It’s impossible not to take a nap with this.
I finally got what I was really looking for, my consciousness fade and I headed to dreams world.