This chapter is “NOT SAFE FOR WORK”.

As you can see, the new girl is a Tsundere.

Tsundere is really hard to understand that’s also why I make the Special Translator Note different with Translator Note or Editor Attually it is “Tsundere Translate” but I don’t want spoiler in the first chapter she meet MC.

Please deal with me only 1 more chapter.

From chapter 31, she don’t have scene time anymore, I will do the chapter properly again.

Just think of me like a fangirl. Usually I behave normal, but when it about my favourite

Just like the victim girl in the picture, you may think “I don’t need to know that much” though.

“Excuse me”
Gently look at the neck, Chrome-san is trembling, but she did not pull herself back.
She has ‘old blood’ smell mixed in with her blood’s smell. But as I approached her, I felt the sweet scent unique to girls and the smell of her sweat and blood.
“… Aaa… nn” (Tsundere translate: *moaning*)
Gently pressing my fangs against the skin, slowly sinking in. With a breath she makes a “mu” sound to my hearing.
As you expected, when you get through the shallow resistance of soft skin, the sweet smell of blood overflows.
Even if there is no impulse, I cannot stop drinking if I feel this scent. Because I am already such a creature.
I turn my hands to her neck and waist so that I can firmly hold her.
Do not let her escape.
Do not run away anymore.
“N, n ~tsu” (Tsundere translate: *moaning*) (Ed: a bit more moaning please)
Feeling the flow of blood, the core of the fangs become dense, it gets warm.
The feeling that resonates in the nerve is like a decayed tooth, but there is no pain. Rather, it feels good. Sense of sweet pleasure.
“Chi …yu~tsu, ku~tsu, n…… ku……” (Tsundere translate: *moaning*) (Ed: *a bit of heavy panting*)

I suck up and swallow the overflowing blood, but she can also feel that suck on her skin as well. (just like kiss mark)
I stimulate the wound with the tongue, in hope that blood will arrive more quickly.
Sucking off the fresh blood that overflow like that. I remain careful to not drop too much.
Blood reading took place automatically, but the information coming into my head is annoying. All I want is to feel the taste of this blood, the temperature more. I read only the status information and blocked it immediately.
“Fu ya, a, ~a…” (Tsundere translate: *more moaning*)

A very cute voice, different from normal Chrome until now, like a cryptic voice. From her body to her arm, I can feel that her strength is giving out.
I hold her waist to support the weight, as I continued blood sucking.
“Don’t… , ni ~i…… this is… ~e…… fu ~a, hi~tsu……” (Tsundere translate: don’t … it feel so good … this is …*moaning*) (Ed: Yes! More!)
“N, fu~tsu……ji ~yuru~tsu…… wa mu~tsu”
“Hi gu~u ~tsu! ?” (Tsundere translate: no, if you keep doing that, my mind will go blank *moaning*)
“A ha~tsu… delicious…♪ wa pu~tsu, n, chi ~yu~u~u~u…♪”
“Fu ~e, ~a…… hi ~a~a~a~a” (Tsundere translate: I can’t think about anything anymore *moaning*) (Ed: *heavy panting*)
Pushing the fangs deeper and deeper, spreading the opening hole little by little. Then the taste of the new blood will spread throughout the mouth, and I cannot bear it.
Although she moans with such a voice, I greedy continued blood sucking for a while, but when Chrome-san’s strength give out. Her body repeatedly convulsions lightly, and her mouth leaks out meaningless words.
Oh, I guess I sucked too much.
I lost sight of myself for a while.
It will be regretful to kill her if I keep sucking like this, so I will pull out my fang as soon as I notice it.
“ N, beloved… happiness…affiliation , hon e hi e” (Tsundere translate: her mind in cloud and her word don’t make sense anymore) (Ed: she has achieve orgasmic state)
While licking the overflowing blood, I use recovery magic. Cure her injuries that I have afflicted with my fangs properly.

… Mark, It is bad if I leave a mark on her.
It is also an important prominent of girls. I should do it properly.
I also increases the speed of blood production, so she will be fine soon.
Do not lick her blood or I may lose my mind again. I try to look at her gently, but I’m feeling guilty, so I stopped.
“Are you all right? Perhaps I was overdoing it a bit, sorry.”
“ Fu ~e, a, wa ~u” (Tsundere translate: her mind is still in cloud)
I was caught in the neck until a while, so I could not see the face Chrome-san. Now I stop bloodsucking, so I can see her face.
Chrome-san dyed her cheeks red and opened her mouth halfway. Her eyes are moist, and she is staring at somewhere far away.
She seems to be somewhat embarrassing but … I guess I sucked too much.

“… Chrome-san, are you OK?”
“ Fu ~e, more … fu ~e…… ha~tsu ! ? Wa, stay away!” (Tsundere translate: at first, she is still in trance asking for more, after that she wake up)
“Hi nya ~tsu”
She suddenly pushed me away.
I was not careful as I was in battle, so I could not react and I fall down. I hit the buttocks and gave a cute scream.

“Itata … what are you going to do?” (T.N: Itata mean “it’s hurt”)
“U, ū ūrussai!! You, you, …!!” (T.N: Urusai mean “shut up” )
“My name…? I’m Argento vampear”
“I did not forget it, what is it…, what are you doing just now …? Uuuuuuu !!” (Tsundere translate: Even I feel great but I don’t remember, just what did you do to me just now)
Chrome is stepping on the ground. There are not many people doing in reality, it is a precious foundation.
Chrome-san is making the cheeks red like a boiled octopus. It seems that recover blood is working well.

It seemed that she wanted to call me the roundabout way, I was told twice.
It was a word that I thought that the short name was easy to call because it was not insignificant in the name, so there is no reason to stop if she absolutely wants to call it perfectly. I decided not to say anything more.
Chrome’s amber eyes right now are so powerful, I have never seen her like that before since we met. She glare at me with her eyes that makes me feel scared, and after pointing at me, she said.

I do not quite understand it, but she seems to be very angry.
Perhaps she angry about I sucked too much blood. Although I stopped, I might have killed her after all.
To lose too much blood is to approach death. It cannot be helped if she feel fear or indignation.
“Well, I’m sorry, I took a bit too much”
“A bit !? Are you also doing other people, that way …!!” (Tsundere translate: that was my first time, are you also doing the same with other people?) (Ed Translate: What? I’m not your first?)
“That way?”
“Thi… this girl … … I will not forgive you … I cannot condemn such a humiliation, I cannot forgive you for being faster than me !!” (Tsundere translate: this baka girl, I will not forgive you, I cannot condemn such a humiliation, lost in a speed battle and was treat that way) (Ed translate: I will not forgive you, you beast…it was good though…)
Chrome’s amber eyes shine lightly.
I thought she was planning to fight again, but it was not the case. She leapt and landed on a tree branch nearby. It’s amazing. I also often jumped to that height.

“Remember this! Do not think that you won!” (Tsundere translate: I can’t accept this, you are my rival, … my frustration feeling must be because I lose a speed battle, If I defeat you, I will not have this feeling anymore) (Ed translate: I cannot accept not being your first…I’ll be back for more)

Chrome-san disappeared into the depths of the forest, along with words likely to be seen somewhere by about half of the people in the world.
I do not know why she got angry …. for the time being, I guess it’s look like she going out of the forest.
After I sense her blood’s smell going away. I try confirm her status first. We may meet again, and I do not mind to remember her info.

What surprised me is her highest skills is level 8. Although it includes tolerance, it was considerable as there are three of them. Even Felnote-san who was Kingdom knight vice-captain only had the highest skill level 6.
I also knew and as she call herself “cursed wind”, and she might be named on that road.
… Magic (Artifact), What is it?
As an image received from words, it is a magical item.
I should have known it. It is bracelets that she wore in both hands.
Perhaps the wind blade and curse she used were caused by different factors.
And she was Blur Soundless child, it may be good to interpret as depriving of hearing. I guess the curse is from Contract Magic (Artifact), they were the cause of it.
“… Well, whatever?”
Even if I wanted to know more, she’s already gone.
Well, when she left, she did say those cliche words, so we will meet again, and if I remember, I can ask her at that time. I do not know how to find a mysterious girl like her anyway.

I did what I had to do, so I decided to take it easy.
In the meantime, Oswald-kun and Neguseo-san are coming here. I feel that they are comfortably walking at a slow pace, so I will have a nap and wait for them.

From next chapter, I will translate normal like before.

And just simply put it here 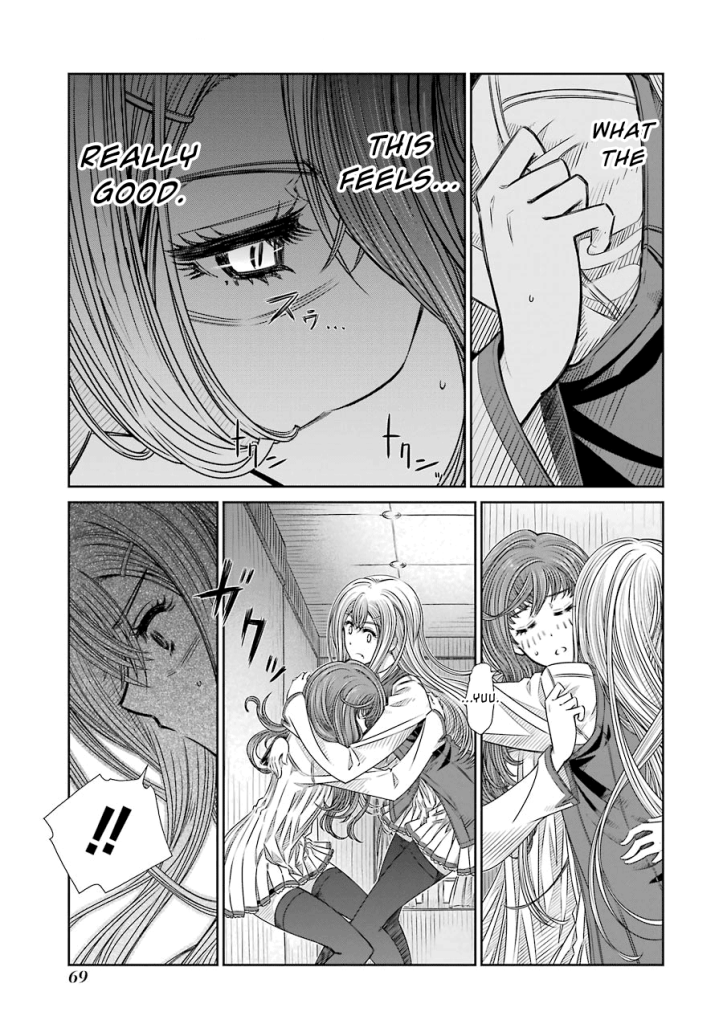 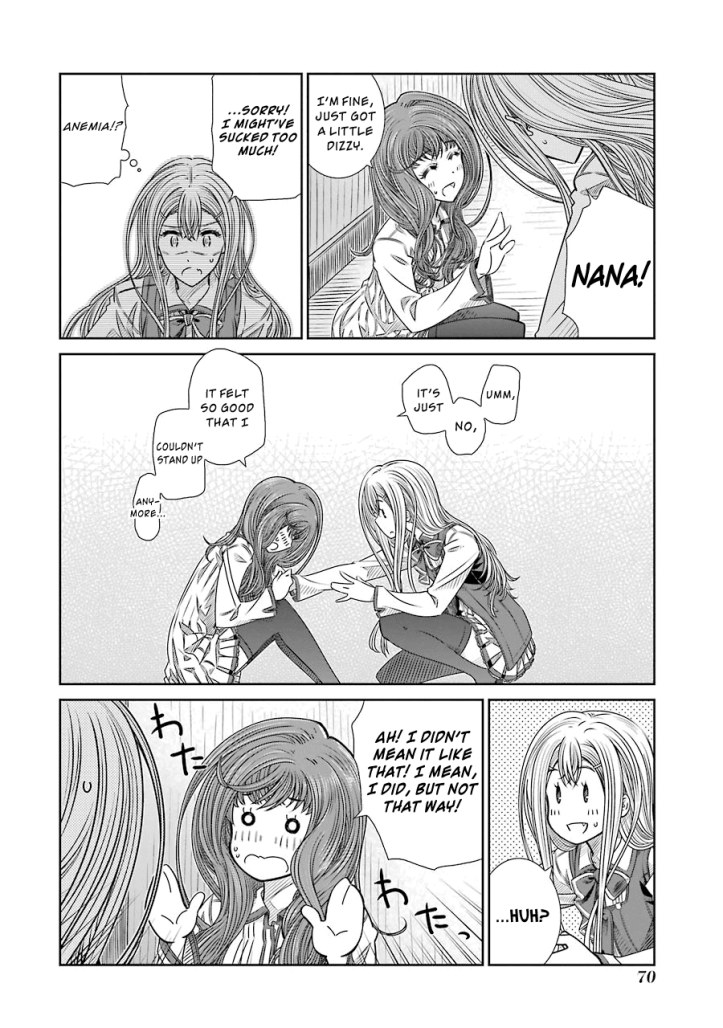