Hahaue and Okaa-sama is a very respect way to call mother. = esteemed mother.

When I return to the hut, I see that Kuzuha-chan’s already asleep, resting in the pile of straw, using her tail as a pillow.

Her clothes are damaged, so there are many exposed spots, and ripped places, she may get jabbed by the straw.

It seems very lonely, sleeping on her tail.

I put Kuzuha-chan’s mother close to her. They look just like mother and daughter sleeping together.

I thought about waking Kuzuha-chan up, but I don’t want to disturb someones sleep

“let’s explain when she wakes up” I think.

And then, I took out my blanket from my “blood-bag”, sit down, leaning against a nearby pillar.

I closed my eyes, but just as I close my eyes, I hear a sound. I open my eyes again and I see Kuzuha-chan waking up.

While leaking a small voice, Kuzuha-chan got up.

As she got up, the straw I use to cover her, start falling apart.

“No, it doesn’t matter…but what’s going on, I can smell my Okaa-sama?” (Kuzuha)

“Your mother is over there.” (Arge)

I point my finger to her side.

Her mother is lying next to Kuzuha-chan.

After hearing that, she looks at my finger direction and she notices her mother.

She seems to be very happy, jumping into her mother’s chest.

Just like a small fox playing with it’s parents.

While calling her mother “Okaa-sama” over and over, Kuzaha-chan rubs her face against her mother’s chest.

She had a “I will proudly tell you what I was doing by listening to the lord’s order” looking in her eyes, as she wanted her mother to praise her.

She talking to and bragging to her mother.

But, of course, her mother does not respond.

She’ll never open her eyes and never move her fingers.

It seemed that it was so strange that Kuzuha-chan’s face got cloudy.

“…your mother is not going to wake up any more.” (Arge)

Kuzaha-chan turned her yellow eyes toward me and immediately returned to her mother.

She is a child, with a pure heart, easily deceived.

But she quicly under the meaning of my words, even a pure young girl like her should realize what I mean by “not going to wake up any more”.

Her tail and her ear that were standing because of happiness just a moment ago wilted in a blink of an eye.

Her small shoulder trembled and her big eyes were wide open.

Kuzuha-chan does not shout or rage, she just stared at her mother’s face, repeatedly calling her mother, tears raining down her face.

She never asked why, nor got angry, just repeatedly called out to her mother, tears overflowing from her face.

Trembling slightly, I pulled up my shoulders, and I stretch out my hand to her, before I stop myself.

Staring at her while she keeps calling for her mother.

Touching and stroke her head, so how could that help?

It may be comforting but it wouldn’t solve her problem.

Her mother can not revive, even with all my skill, no even I can do something like that.

All I can do is heal wounds, that’s it.

I can not bring back the dead.

My hands can conform her, but it can not save her mother.

After that, I just looked at Kuzuha-chan, until she stopped crying, without touching.

“I’m sorry, I showed you something unsightly.” (Kuzuha) She finally said.

“I appreciate it if you say so. Thank you, for bringing my mother back.” (Kuzuha)

After all that crying, Kuzuha-chan smiled, she bow her head deeply with a smile on her face, looking at me with swollen eyes.

I touch the fox girls neck as she bowed her head, not her skin, but the collar.

“Is this collar from that lord?” (Arge)

“I was told that if I put on, the lord will be able to know my location…

Mother said that it’s safer that way, since she could find out where I am even from far away.

Since that lord told her so, and it’s a lie.” (Kuzuha)

As expected, Kuzuha-chan is not deceived anymore, it’s no wonder.

Since she didn’t ask “why”‘ her mother died.

She must have realized and understood the moment she saw her mother’s body.

She already understood, so she cried.

“As long as this thing on your neck, you can’t go anywhere.” (Arge)

“That’s right, I can not take it off, because of a powerful curse.” (Kuzuha)

“‘Please give this girl freedom.” (Arge)

Those word were directed at the collar, not to Kuzuha-chan, the magic to dispel curses.

I removed the curse on the collar.

As soon as I say those words and dispelling the curse, cracks appear in the collar, then the iron collar breaks apart.

Kuzuha-chan looks  down with a surprise face, starting at the iron fragments scattered at her feet.

“You can now live freely as you like.” (Arge)

It is not because I was asked.

I do not feel like taking care of her.

It is not a kind of repayment.

I just thought that I should do so.

Just like I sleep when I want to sleep, I thought that she should do what she wants to do. She already understands what happened.

She may find a new hope. I can only do as much as break the curse though. I can’t help her anymore.

From her eyes, I could see a strong determination. Her eyes telling me that she has decided on something. It’s something I can’t do, show such strong, determination eyes.

Bowing deeply, Kuzuha-chan kicked the ground. Jump up through the hole in the ceiling of the hut, and leaves as it is.

…her physical ability is pretty high.

She seems to be a beastkin, regarding magic, she was manipulating fire attribute magic strong enough to hurt me, even with my maxed out tolerance, and she’s even able to make an alter ego.

She is still a child, but she has enough power to take care of herself.

It’ll be difficult, since she is easy to deceived.

But, as she lives, she can learn from her mistakes, and survive, somehow.

She can walk with her own power. She do not need anyone’s help.

Her daughter’s free now, and determine to do something, I think Kuzuha-chan can live properly.

There is nothing I can do. There is no need to do anything.

I placed my blanket that I was wearing over her body.

I understand that there will be no response, but I repeat those words and leave the corpse.

I do not really know why I am doing this.

I just thought that I should do something like that.

…I respect her feeling for her daughter, I can’t do anything for her, but I think the least I can do is keep her body warm.

I take out a new blanket from the blood bag, wear it, and then leave the hut.

Unlike Kuzuha-chan, I go out the door properly.

The smell that the wind brought was someone I know.

He’s currently on the other side of the meadow, and he came to me in a flash.

It seems that he’s gotten much faster.

“No…your heart seems to be hurt, so I thought something happened and came to see you.” (Neguseo)

“I am sorry…I don’t really understand, but thank you.” (Arge)

…What does he mean by “my heart hurt”?

There is no lie in what Neguseo says.

Of course, he knows not to tell a lie.

That’s why I don’t understand, I wonder what makes my heart hurt?

In the first place, why am I in so much…

“You ought to get on. Will you head for the border now?” (Neguseo)

I don’t understand by, but Neguseo stop talking.

It is a question that I can not answer either.

It is troublesome to keep thinking, so I decided not to worry about it anymore.

Getting on Neguseo’s back, he understands me without talking, so he start walking without saying anything.

“Oh, I’ll call you if something happens.” (Neguseo)

As soon as I closed my eyes, drowsiness overtakes me.

It seems that I was more tired from that exercise than I thought.

For now I will stop thinking, and just go sleep. 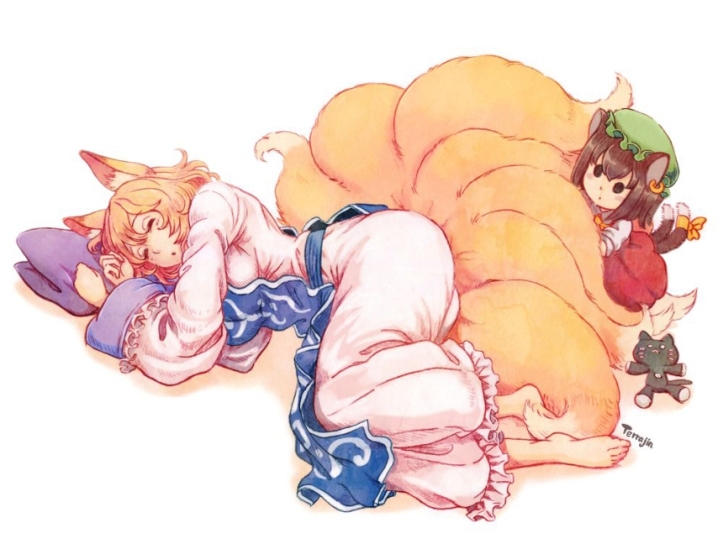 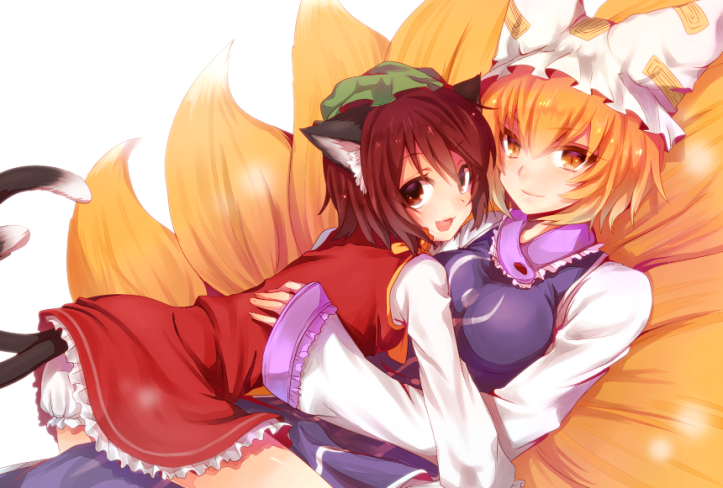