Chapter 66: To the Capital

so use your imagination with this girl instead. 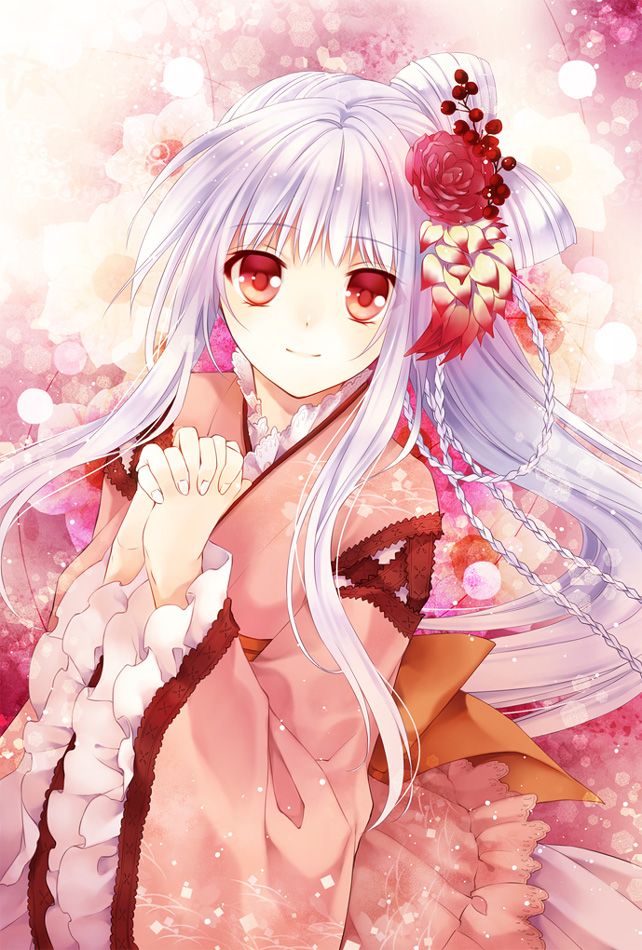 Arge Chapter 66: To the Capital

The sunlight in the morning is strange. Even though the air is cold, I feel relieved that warmth comes down from the top.

I felt that kind of thing even in the body of the vampire, and still able to walk around because I had maximum level of sunlight resistence when I was reincarnated. I must thank Loli-gramp for this.

While walking in the cold air of the Sakura garden, let’s try get used to it with my body temperature.

Normally, I want to sleep more, but today is the day of departure. Let’s make a carriage for travel if I want to sleep. I hope it won’t shake too much.

… I has relaxed until today.

After solving the hot springs incident, we spent a couple of days in Sakura garden.
Even I said relax. But because the Kuzuha-chan brought me around for sight seeing, I didn’t get much sleep everyday.

It seems that Satsuki-san reported that “It was a quirk of Elsee” about the hot spring withered incident.
It seems that vampire called Elsee bothered people with many other things as well.

Hakuen block the spring incident was forgiven. They were also victims, and the hot springs would not reach the base even if they didn’t stop the spring flow, that’s why no-one really mind.
Not to mention, they were the ones to take care of the injuries and hot springs.

On top of that, we became benefactors of Sakura garden. Because it has regained valuable tourists. Their hospitality was very good.
Even I thought that I only help out a little, but people didn’t see it that way.
The Sakura Garden gently treats us with care, to them it is a matter of gratitude because “I solved their problem a few days earlier than expected”.

We solved it quickly considering the importance of the hot spring. However, Satsuki-san said that even if we lelf it alone, they would still settle in about three days.
In other words, what we did was a bit of favor. If they treat us three days’ worth of repayment, they would have fulfilled their obligation. This is not a place for me to stay forever. Even I want to have such a place quickly.

Inside Sakura garden site. I came in a covered space established to connect horses.
Give a morning greetment to Neguseo, who is given a clearly better appearance than other horses and is highly treated.
Neguseo does not look surprised because I came to talk everyday. He raise up the body he was curling up,

“Arge, you are early today”

Now, I am wearing a vibrant red kimono. It is a handmade item made by Kuzuha-chan during our stay. The color is red with a purple band. It isn’t too flashy.
Because many people are wearing kimono in the Republic, I am wearing it from the judgment that this one is more natural than the maid clothes.
Even though I say it myself, I am totally looking like a beautiful girl, so it will be pretty eye-catching, but it will be better than maid clothes.

I stroke his black fur in front of my eyes. Sleepy feeling, muscle hardness, and body temperature. While I felt that kind of thing, I bore him.

“No, I had you brought me here, as promised, to the outside of the kingdom”

“What a thing like that, do not mind, that is exactly what I promised”

“Yes, thank you very much.”

“… I can not understand the story.”

Neguseo seems to be puzzled. Since he is a horse, how to make that expression is quite different from human beings, but sometimes the words can be communicated, so even if you withdraw the blood contract, you can read emotions somehow.
I wonder if he was a bit lost. With that in mind, I decided to explain the meaning of the word.

“Actually, our promise is only to get out of the kingdom, so Neguseo is already free.”

If it is true, you can break up soon after crossing the country, but you brought me here. For that, I asked the inn to treat Neguseo with food good.
If he unravels the connected rope, he becomes freedom.

In the state, he is a naked horse, it is the same as a wild horse. He will be able to pass borders without difficulty, without being suspected by anyone. I don’t think people will care if the animals cross the border.

“I will send you outside”

Because there is a possibility that it seems like the escape of a horse, let ‘s take him to the outside of the town properly. While I think so, Neguseo came closer to me,

He bite my hair.
It seems to be pinched by lips rather than biting. Neguseo has never done such a thing so far, as to surprise and jump out.
Neguseo left behind with screams shook his head and sniffed his nose.
Although the other party is a horse, it is embarrassing that I scream voice like a girl and he listened to it. While feeling hard to do, I send words of protest to him.

“What are you doing all of sudden, Neguseo”

I am confused because I do not know the meaning of the returned word. I am bad, so where will I be told?
Looking again at the face of Neguseo, there is a slightly angry atmosphere. Apparently it is not a joke.

“Um … did you want a little better carrots?”

Far from calm down, he was clearly more angry. To ordinary people, they can only hear “Hihi ̄ n”, but that reaches my ear with a clear denial.
He trampled the air in the morning and woke up the other horses that still sleeping.
He is sending an annoying gaze to me. Ignoring the surroundings, I will turn my eyes firmly to him.
Just a few seconds. After looking at me with all that time, Neguseo had a big sigh.

“Arge … you, you really don’t understand”

Like amazement, words like resignation.
Neguseo start walking. Slowly, so as to bring a blunt and eccentric facing towards here.
He closed the distance and he talked to me again.

“Arge-san, is it annoying for me to be here?”

“There is not such a thing, I am saved by you.”

“In that case, please take me from now on”

“Well, but promises are already …”

“Oh, I know what you want to say, so it’s a new promise, now please take me, until you understand why I got angry.”

New promise. In that case it will be separate from what we exchanged in the past.
There is no reason to refuse. As I said, it is true that Neguseo help me a lot. If he keep helping me like this, I will owe him even more favor.

I do not know the intention of Neguseo. Knowing that, he says saying that he will take care me until I know what I do not understand.

I don’t abandon thinking, but if I can’t find the answer he will follow me forever.
There is only a merit for me, but Neguseo has such a disadvantage. Is it really okay?

“Well then Arge, where are you going next?”

“Ah … Uhm, on a carriage prepared by Satsuki-san, to the capital”

“Well then, I suppose that I will join pulling a carriage”

It is a very obedient word. When I first met, he said “I will not help anyone slower than me”. I wonder whether it was also a change in his mind.

“Well, then … Neguseo. I hope you continue to take care of me from now on.”

“Okay, leave it to me. I will take you wherever you go”

Neguseo says something happily like that. Although he should have been angry until a while ago, he is a strange person, no, strange horse. I wonder if being with me is that much fun. I do not understand.
The cherry blossom petals that came hanging over us and rising to the sky. The morning air starts to have temperature little by little, and it will be felt warmer in less than an hour.

Because I am watching familiar cherry blossoms, I remember just a little old times. I repaired the disoriented silver hair by hand and I caught a petal.
If you look at it, you get a familiar smell. Why there are cherry blossoms in other worlds, it was enough nostalgia to forget such trivial things.

The name of the capital of the Republic seems to be Sakura-nomiya.
There was original sakura trees blooming, and was carried over to this town.
After letting the petals floating like playing around the fingers for a moment, I also danced. I want to see it, I will travel there.
I hope this time I can find the person who will feed me at the destination.