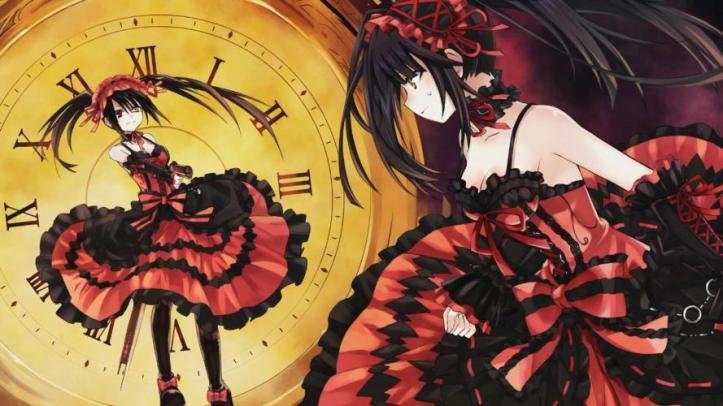 Kuzuha-chan was impressed by the size of the building.
A fox girl and I looked at a huge building standing in the meadow.
In a nutshell, it was a pyramid painted in three colors.
The three colors of copper, silver, gold from the bottom to top. It was easy to imagine this place are conscious of Cyril, the currency of this world.

“But if the building stands out so much like this, isn’t it targeted by thieves?” (Kuzuha)

When I hear about thieves, I thought about the interesting trio acquaintance of mine, but I will keep silent.
And the peddler answers the question of the knight and the fox girl with a smile.

“The Cyril Big Safe is protected by the spirit who manage it and a powerful golem, so far there hasn’t been anything that succeeds in defeating the safe yet. I heard that from the guild’s senior, I am also coming here for the first time …” (Zeno)

So it seems like thieves still target this place but the security here is too good.
I thought there would be some kind of trick at the time of being built, but it seems that way.

“Cyril Big Safe … I have heard rumors, but this is my first visit.” (Richelle)

Richelle-san is also excited and muttered something.
Cyril seems to be circulating even at her hometown in the Demon Continent. Not just across the country but also across the ocean, It seems Cyril has a big influence.

Apparently, there is no such thing as a door. The pyramid of three colors is just like a completed puzzle, there’s no road or hole.
If I use my atomization skill, I may go through some gap, but it is slightly subtle as a way to enter. It is an invasion rather than a visit.

If people make coins here, there must be an entrance to carry the coins in and out…

“Don’t worry, we have contacted them in advance” (Zeno)

At the same time Zeno-kun said so, the ground shook.
It is not irregular like an earthquake, it is a regular shaking somewhat in order. I lost my footing and then I was held by Felnote-san.

“What are you talking about?” (Felnote)

A huge triangle moved as I tried to say that it was about her chest.
As the door opens, some parts are retracting.
When the shake ceased, there is an entrance in front of us.
The entrance is big enough for a horse-drawn carriage to pass. Meanwhile, Kuzuha-chan rounded her eyes.

“It is amazing … what kind of sorcery is this?” (Kuzuha)

“It seems that it is controlled by the “machine” technology. “ (Zeno)

A machine was a familiar, yet unfamiliar word.

…There’re machines in this world too?

This world that I was reincarnated was the level of civilization of the Middle Ages, as I had been looking around.
The streets are many stone buildings, and people’s activities are close to nature. Running is not a car but a horse carriage.
Actually, water mills and so on can be said to be machines as a definition, but when you listen to the word machine from the mouth of others in this way, there is a little discomfort. Because the world civilization is still underdeveloped.
While still wondering, I’m passing through a stone gate, it was illuminated by nostalgic brightness.

Lighting the passageway from the ceiling is definitely the light of civilization.
There is no warmth like the sun, no fluctuation like a candle or a lamp.
This place that is clear and bright, but it’s cold light shines. I think that it feels nostalgic but also uneasy.
The white, organized floor was like a hospital or a lab.

It isn’t surprising that’s not only Kuzuha-chan but also Felnote-san curiously looking around.

Following the word of Zeno-kun, white shadows appeared from the other side of the corridor.
The cylindrical chalky body comes with artificial light reflecting.

“Golem … it is also very elaborate, is not it?” (Richelle)

Richelle-san is impressed by the sight of the golem.
While she’s still doing so, The Golem came close to us.
It is a mascot style with a height as high as the waist. On the columnar body, the head is a wide round shape like Daifuku Mochi. The feet are multiple like a spider.
The light on the head looked like the receive.

“This is the rumored, Cyril’s golem … Everyone, It’s okay to leave the carriage to the golem, let’s go to the back, I think the spirit of the Big Safe is waiting.” (Zeno)

“Spirit of the Big safe … seems to be an important existence!” (Kuzuha)

“It’s also my first time see her, I wonder, what kind of person is she?” (Zeno)

Zeno-kun laughs and strokes Kuzuha-chan’s head. From the outside they look like a good brother and sister, it is a fascinating sight.
And I’m looking at one of the three horses pulling a horse-drawn carriage, Neguseou. As usual, Neghese blew his stomach briskly.

“I will rest for a while, Arge, if you need something please call me” (Neguseou)

I can communicate with Neguseou through the effect of language translation and we also share a blood contract. Put it simply, we can tell what the other think even if we are away from each other.
I lightly stroke his black fur and say a temporary farewell greeting.

Then I leave the horse-drawn carriage, and five people will go through the corridor.
With a few minutes of walking, we went out to the open area.
It was a place called a hall, a very wide hall.
The light that illuminates the ceiling is still an artificial shine, and equally, brightness spreads to every corner of the hall.
I couldn’t feel the smell and the wind, it was quite different from the outside world. I feel a bit uneasy as if I came to another world once more.

“Arge-sama, is something wrong?” (Richelle)

Richelle-san is worried about me, but this is a sense that only I know because I was reincarnated. There is no choice but to keep silent about it.
And I heard some slow footstep, as I look at that direction I saw a woman slowly getting down at the front staircase. 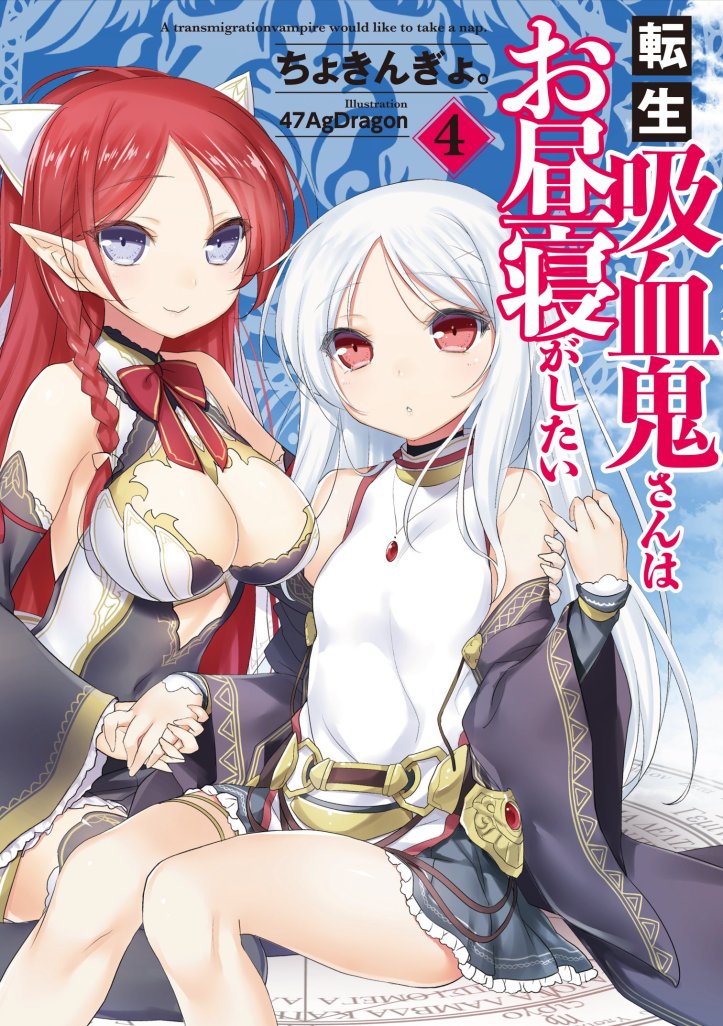 A part of that red hair woman who is slowly descended from the stair is big.
Specifically, her breasts are as large as Felnote-san. Every time she steps on the stairs, I feel like I can hear the sound of her shaking breasts.
I don’t think her height or weight is that much, but her breasts are so big that there was a strange force.
The decorated luxurious cane is dazzling like a gold coin, her eyes looking at us are shining like silver coins.

The moment our eyes met, I felt something wrong.
It is because her silver eyes were clearly opened. Like being surprised, like shocked, or like seeing unbelievable things.
Either way, she seemed to feel something when she saw me. Her relaxed foot got faster and faster, she is like running in a hurry.

“Well, It looks like she is panicked, is she alright! Should I help her?” (Felnote)

“If Felnote-san takes her up, they (tits) will repel each other and blow away, isn’t it?” (Arge)

“What are you talking about !?” (Felnote)

“That person. Isn’t she trying to jump to Arge-san!” (Kuzuha)

At the moment I realized, she already jumped in.
Instead of being crushed, I was hugged by some incredible force.
She is as big as Felnote-san that my face is buried. My mouth and nose are obstructed by elastic one, and my breath is painful.

I’m speaking some unclear words, as I push her body back.
As I push her back a little, I can see her face and there are tears in her eyes. I don’t understand at all. The meaning of her action and the reason for her tears.

I was hugged by her again, this time she lowered her body that her head was over my shoulder.
I can breathe this time, but I couldn’t understand her action before and now she confuse me with more words.
I heard that Cyril is a name of a coin and I know that it is also the name of the person who invented it.

“Wait a moment, my name is not Cyril but Argento Vampear.” (Arge)

I do not know the meaning, but for the time being I must fix her misunderstood.
I’m not Cyril and I also don’t know her. I don’t know what she thought, but I don’t care about what you think.

I was released from the cushion lock and turns back to the direction indicated by her finger.
The moment I saw what was hanging on the wall behind me, I lost my words.
And that is the same for everyone sees what is on the wall. We stopped moving. Only Richelle-san doesn’t understand the word, so her face doesn’t change, but right now I couldn’t afford to care about it.

Kuzuha-san quickly recovered from the shock, and start talking.
The painting on the wall. In the picture certainly has a familiar face, a girl is sitting on a chair and smiling.
Her Hair color is flax color, her eye color is gold. But her face and the length of hair is exactly the same as mine.
The name on that picture frame is not Argento Vampear.

Again, call me with a name that isn’t me. The Lady of the Cyril Big Safe is holding me from behind.
There’s someone who resembles me. I look like someone.
I still can’t catch up with chain of event, but I had no choice but to deal with it.