Did you read chapter 1 Mile manga yet ?

All clear, you can read the chapter now.

Side Note: A kind reader provide me a link for Korean from chapter 2 to 10 of Mile Manga.

Would you guys want me to translate it, too?

Reminder that it will be Japanese => Korean language => English

So the meaning may be change a lot, we can understand somehow with Novel’s information though.

Edited by Matty and Boomer from Yado Inn.

During these hours of twilight, they had a breakfast consisting of preserved meals; and after that was finished, they stored the blankets inside the tent, and started to approach the excavation site with the group [Red Oath], accompanied by Doctor Kulereia.

「We should get to a vantage point and get the full-scope of the excavation site.」 (Mile)

Maevis’s face stiffened up as Mile asked what was wrong.

「Nothing. Looks like my feet caught onto something …」(Maevis)

After hearing that, Mile ran up the slope to peer out over the excavation site.

Suddenly, the beastkin came rushing forth from their tents and started to cause an uproar.

「… Apparently, Maevis triggered something similar to a Naruko tripwire …」(Mile)

「Sorry… It was because of me…」(Maevis)

Although Maevis was the very picture of remorse in her apology, they weren’t aware of such a mechanism. If she wasn’t the one to get caught by it, someone else likely would have.

Mile explained the situation and told her not to mind it, but Maevis didn’t recover from her melancholic state.

Mile became a bit concerned about the hole, roughly 7-8 meters in diameter near the center of the site, but she overlooked it since it was so dark out the last time she checked. She didn’t think too deeply on it.

But this was not the time and place for such thoughts

As Miles said, there was a clear disadvantage to fight in this terrain for the agile and front-lining Beastkin.

Besides, it’s hard to use powerful magic in this situation.

(I don’t want to hurt the beastkin too much, so, if possible, I’d rather not use fire magic. But if we’re cornered by them, I wouldn’t be able to hold back.) (Mile)

If we don’t kill them, we could still manage the casualties with curative magic.

They’d be in pain until healing could arrive, having no choice but to endure it.

Much to their dismay, this battle would be perceived as「they are attacking the Beastkin first, unprovoked」

In case anyone were to inquire about their activities, they must come through with the explanation that they were 「threatened by the other side first」 and 「were just retaliating against the charging beastkin」

Just as Rena said, they were surrounded by forests and on elevated land.

Running at full throttle would do them no good.  They couldn’t outrun the beastkin in the woods, Mile being the only exception.

Rather than fleeing the assault exhausted and obstructed, it was better for them to fight in more favorable landscape.

Besides, if they were to run now, it would be [quest failed].

「The situation being what it is, we should run down this slope and head straight over there, as a reconnaissance-in-force」 [Mile] 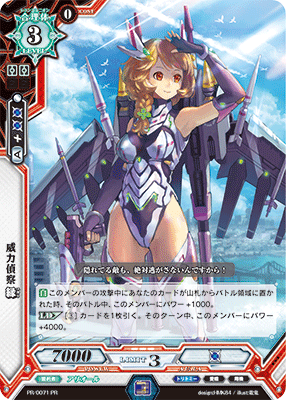 (T.N: There are a posibility that Power reconnaissance is refer of this)

「 Hey, Mile-chan, a reconnaissance-in-force is where you scout the place where the enemy is located in order to seek further information, to try to asses the fighting force of the other party, yes? What kind of reconnaissance would push through to the enemy’s main camp to collect information after defeating the enemy? How is it any different from sabotage through brute force? 」 (Kuleria)

「Well, I know that much! I’ve seen this sort of combat on the video I watched!」 [Mile]

Although Doctor Kuleria couldn’t recite what Mile had just said, it was only because both  「video」and 「combat」were terms originating from Earth. Even if she were to translate the terms 「video recording」 or 「combat」, it’s unlikely that the meaning would come through clearly.

Anyway, Mile doesn’t have the time to explain. She doesn’t have long to think about this, because it’s unknown when they’d be surrounded by besieging Beastkin.

「I cannot help but think that it’s not a very good idea, but unless there are any others, Mile, it looks like our plan for elimination is the only one.」 [Doctor Kulereia]

「I hope non-combatants won’t join in too…」 [Rena]

Doctor Kulereia was late as usual.

Even though they will be running down the slope to 「escape」, the girls were actually waiting until they were discovered.

They moved a little ahead from where the trap was sparked.

Naturally, the beastkin would’ve known where their 「tripwire」was sprung.

In other words, if the beastskin rallied behind them, the girls could escape straight ahead, towards the campsite.

Mile thought that no Beastkin would expect the intruders to approach their home base instead of taking flight. So, they were actually less likely to meet directly with the Beastkin ahead.

And that is exactly what Mile wants. 「We were being chased by the beastkin and were driven directly to the enemy’s headquarters」

So, if there are loud noises, injuries, or broken containers, or even the excavation site breaking down, it’s all the fault of the 「Beastkin who attacked Mile」.  Mile would be, of course, in no way responsible.

After that, they should investigate and gather information from the fallen beastkin.

During this period, the excavation may be broken, or even lost; but Mile wouldn’t know anything anything of the sort.

‘Perhaps the items were lost during the struggle…

「Sigh… Even you would normally stay oblivious to any of this. How did you think of something as elaborate as that?」(Rena)

Mile told everyone about the detail of the plan, and Rena had made a sign like she had given up.

As was expected, since the intruders weren’t found near the tripwire, and there were no traces of them running to the rear to escape, the Beastkin who went to attack at the place of the tripwire went back to the excavation site.

But due to them tracking the girls’ smell, it was only a matter of time before they reached their targets.

「Intruders! Surround and catch them!」(Beastkin A)

While the Beastkin screamed out, Mile began shouting her plan into practice. (T.N: yes, intend for the beastkins to hear it, too)

「No! We are under attack by Bandits! And they are also declaring they want to catch us.. We need to escape! Let’s run down the slope! 」 [Miles]

The girls quickly ran out of their hiding place and towards the center of the site.

「Oh, since we are being attacked by bandits, we have to run away! I was forced to flee towards this strange place! Perhaps, this is the stronghold of those rogues!」 [Miles]

Only adult males stood to meet the intruders.

The women and children evacuated into the huts.

It was very convenient for Mile and the girls.

「Do not insult our people! You are the intruders here!」 (Beastkin Chieftain)

「Thievery is a stain on your reputation!」 [Rena]

Right now, the Beastkin haven’t the foggiest of the situation Mile is creating, so the beastskin were branded as thieves to the last. Even if it was understood that they were not thieves later on, Mile treated them as thieves so her group could treat them as thieves without revealing their identity.

Even if this were to become an international incident, if you claimed what Mile would claim, no one should complain.

「Are you claiming to be any different? If so, what sort of operations are you doing in such a place? And why are you engaging in thievery such as taking captives?」(Rena)

The Beastkin couldn’t retort to Rena.

Apparently, this Beastkin seems to be the leader of the opposing party.

The Beastkin are usually resolute in following orders handed down from their superiors.

Mile finds it strange that the Beastkin were ordered but didn’t move in the least.

And when she cast her gaze towards those Beastkin…

「Ah, they were the ones who attacked us!」(Mile)

Eight of the Beastkin began to shiver from what Mile was saying.

「Are they the female hunter party you guys were in pursuit of from before? But… there’re only four girls here..  ? And isn’t that one of the hunters who got away.. ?  So, she was still within the vicinity.. Then, the humans still don’t know about this place. Where are the other seventeen.. ? 」(Beastkin Chieftain)

Even if he asks, the girls have an obligation not to tell him.

Although, the hunters have already escaped to the safe zone.

Without any information about them, it would be harder for the Beastkin to take any course of action. The girls are just taking precautionary measures.

「Damn! Don’t think you can get away this time! But, you guys … what are you so afraid of.. ?」(Beastkin Chieftain)

At that moment, an unlikely idea came to the mind of the Beastkin Chieftain.

He got a report declaring that his men had chased away four young girls that day…  And with it, came the request for healing magic.

He asked back as to why there were so many injuries.

They replied, ‘We tried to chase the girls away without any casualties on their part, so we ended up taking some heavy hits from a magician..’

He had his suspicions, but there was no reason to pose such a question in the face of the enemy.

(But.. just in case, we should wait a little… Well, it’s about time that …,guaa~!!) (Beastkin Chieftain)

A peculiar odor started to waft about…

Mile and the other girls reacted a little slower than the Beastkin, but they pinched their noses and held a disgusted expression.

「Fu ha ha, you might be strong, Hunters! But our search parties have come back. In the face of overwhelming numbers, surely, you will be … u-ge e ~e~e! 」(Beastkin Chieftain)

The strength of the Beastkin seems to have dwindled.

Before them, fourteen Beastkin vomited.

Twenty other Beastkin, if we include those from behind-the-scenes, started to stagger from the foul smell.

… Up to this point, there were only fourteen of the Beastkin who had the strength left to put up a good fight, even if not in their prime condition.

Three of the girls, Rena, Pauline, and Maevis, all seemed to have understood this occurrence, even though their sense of smell weren’t as good as the Beastkin’s.

But there was one nose among them better than a human’s, Mile’s nose.

「Get rid of the odor!! Even here, and in that forest, erase the smell!」(Mile)