The 4 girls thought that the suspicious men were definitely beastkins, but suddenly understood that their opponent was devils, 『Red Oath』were surprised.

「You!? did you already know that we are Devils!?」(Devil)

Thinking that their identities were already known beforehand, the devils who turned their hoods down, were also surprised.

And Mile apologetic scratched her head.

「Anyway, could you tell me about your circumstances? Well, I already have a rough idea though…」(Mile)

So Mile said, and of course the Devils wouldn’t just listen obediently.

「Don’t be silly! You are the one must tell us everything you know! Catch ‘em all!」(Devil Leader)

The leader of the evil group commanded his companions to do so.

A sudden fight with the Devils.
Um, the strength of the Devil was exceeding human common sense that only appeared in legend and fairy tale.
The 『Red Oath』thought that they can’t win, as best they can have a draw, but of course Mile didn’t think so.

「Everyone, there is no need to be so afraid! The Devil that appears in the story is equivalent to a human’s hero, that is just an exaggerated figure, it actually doesn’t exist.
The hero that often appears in legends and fairy is really powerful, but in fact he is the same, just an exaggerated figure.
Devil is actually only a humanoid tribe that has physical ability inferior to a beastkin, a magical power inferior to an elf, and robustness inferior to a dwarf!」(Mile)

Then Pauline muttered in a blatant way when Rena and Maevis slightly regained some confident from Mile’s words.

「… But, aren’t they still exceeding the human in all aspects?」(Pauline)

「Please do not say unnecessary thing at such times!」(Mile)

Mile retorts back to Pauline.

(This is bad! If we have an all out battle with 4 vs 4, there’s a possibility that someone will get serious injury, or possibly dead …
I believe in the power of everyone but it might happen in an unlikely event. On the contrary, both parties have no room to hold back, someone may cause fatal injury to the other party… Something, a nice way to settle this …
That’s it!) (Mile)

Mile jumped to that plan that came into her mind.

「What? Did you give up and feel like surrender?」(Devil leader)

Mile shaked her head to the Devil leader.

「No. But if we start a brawl like this, don’t you think it’s not beautiful at all?」(Mile)

The voice of everyone except Mile was in harmony.

Even Rena and Mavis weren’t picked up.

「What in the world is she saying, this girl?」(Devil leader)

The Devil leader asked Maevis, but of course she couldn’t answer.

「Team battle, and it will be a 4-person take turn to fight!」(Mile)

Everyone was dumbfound even after hearing that.
And Mile’s explanation continued.

「Would it be okay if everyone is distracted only by their own battle, and you can’t watch other fights, don’t you think it’s too bad?」(Mile)

They seemed to like battle, two of the Devils nodded.

「Therefore, we will fight with each other by fighting one by one, and others will watch without interfering.
And we will have totally 4 battle, the side that win 3 times won, the other side lost and will surrender obediently.
If we draw with 2 win to 2 lose, both of us will be winner, and will all cease fight, discussing as equal.
So, how do you think?」(Mile)

As he saying so, the Devil leader started consulting within his group.

「That’s a nice thing, so we have no objection」(Devil leader)

Probably, this is how devil men supposed to behave with a opponent like little girls, human or devil is the same … Beside, it’s entertainment instead of boring thing.
On the 『Red Oath』side, when business isn’t involved with common sense or bargaining with the other party, it’s often left to Mile in the beginning, the girls don’t have any objections.
So, it has been decided.

(T.N: For easy to understand, I will keep using player instead of people or devil for these chapters)

Mile used the tactic that the stronger comes later.
Perhaps, it was also the same with the devils.
Depending on circumstances, purposely strike, they might place stronger one first and the weak one as captain like:

3rd strongest one vs vanguard,
2nd strongest vs 2nd player
strogest vs vice captain, aim for the 3 wins
and avoid the match of the weakest as the captain vs other team captain.
There is a way like that, but Devil side won’t take such a way, Mile could feel it.

「Mi…Mile, is it really okay to make me vice captain … Isn’t Rena or Pauline much better than me?」(Maevis)

「It’s okay, I believe Maevis-san definitely will not lose! Because Maevis is 『the person who follow the path of knight』!」(Mile)

Maevis tightened her expression, and then laughed, the edge of her mouth raised.

As for observers, if they judge that their team’s player is in danger, they will be able to declare the end of the match and prevent the attack of player from the opponent team, but in that case, it will be their lost. Everyone decided the rules before the fight.

Yes, this is Mile’s purpose. With this, both sides can win without serious injuries or death.

Even if the girls are defeated in the group battle itself, there’s nothing to worry.
As long as nobody dies and ends without being seriously injured. They can just honestly say that 『We have received an investigation request』and even if she girls need to talk about the last time, there’s nothing worth mention. There is no loss.

And even with this request, it will probably be regarded a success simply by bringing back information that 『the opponent is the Devils, their purpose is investigation』

Furthermore, if the human side already knows about the investigation of the Devils and the beastkin by the instructions of the Ancient dragon, there’s no reason for the devils to keep Mile’s group as prisoners. They will be released after the talk ends.

If the devils won’t release the girls, then the girls can just run away at that time.

Because it’s 『We ran away after being caught』, that also mean they didn’t break their promise.

Round 1: Pauline facing a devil man that can be seen around 30 years old in a sprawly place of the rocky mountain.
Even he seems to be about 30 years old. Mile can’t really judge his real age because Devil race is also a long-lived race like elf.
Spectators from both Mile’s side and Devil’s side had been lumping together. If everyone disperses, it will be hard to speak or declare during watching, and it’s also some kind of information gathering.
And the devil man who got hit by Mile’s penetrating bullet was healed by another Devil in the group. His wound was already healed by healing magic, and he could join the watch group. Although the would has been closed, he wouldn’t be able to fight with full power for a while.
And Mile shouted from the watching place. 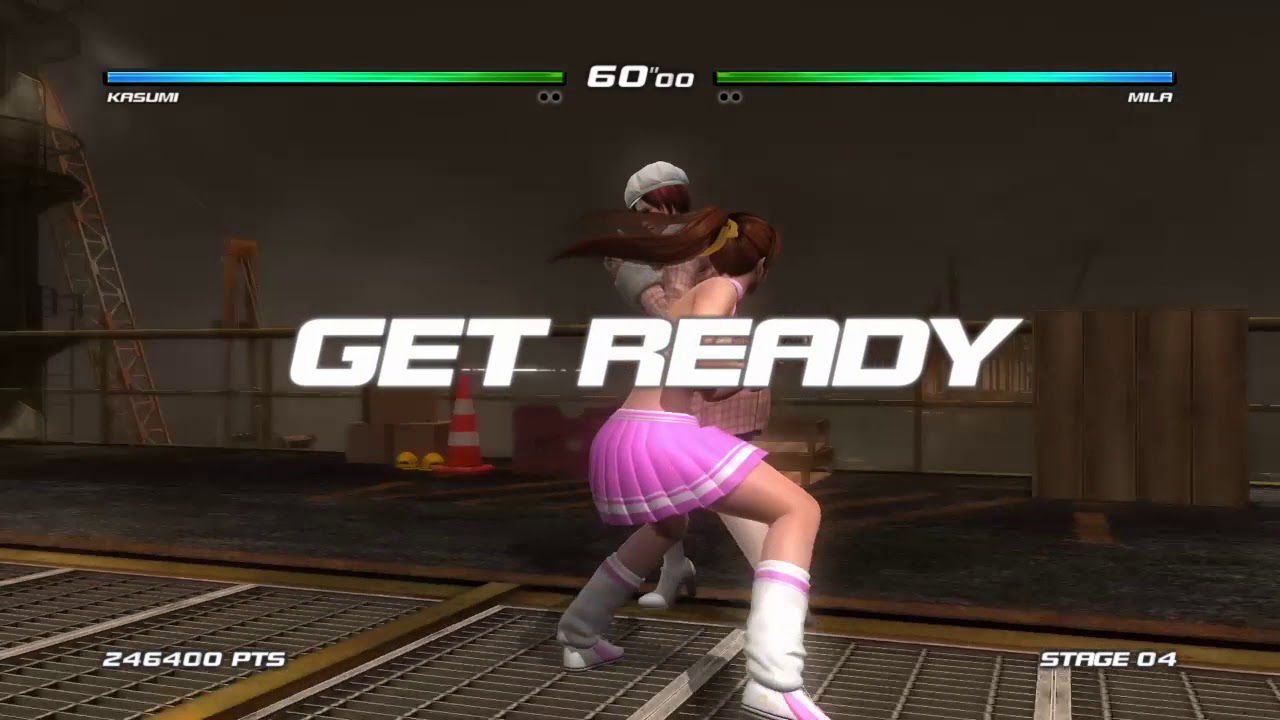 The Devil prevented Pauline’s ice javelin attack by raising a rock wall from the ground. In order to prevent physical attacks by real ice, he must use a physical wall, not magic shield.
Regard of the soil, to cast that magic at rocky place requires considerable magical power and talent. And just like Pauline, he only need to speak the magic name without spell casting, that is a speed cast that Devil can do easily.

This time Pauline used silent cast with low voice and releasing attack magic again, but all the ice needles with small mass were blown off by wind magic and prevented.

And then Pauline stopped attacking, there was no appearance of casting another spells or attacks at all. The Devil man was slowly approaching and spoke.

「It is useless, with the magic power of a little human girl, you can’t reach us, and our magic can go through your magic defense easily.
How about surrender now? If you do that, you won’t get hurt in vain」(Devil 1)

Pauline shook her head to the Devil.
Certainly, if she received the powerful attack magic of a Devil, her magic defense would be easily broken. Yes, 『If she takes the attacks head-on』

「It can’t be help, I will decide with a single shot so that you will not get hurt as much as possible」(Devil 1)

A Devil shook his body and held out his right hand, and even when he entered into a position to release magic, there was no sign of Mile intervening.

And when he tried to release attack magic.

Suddenly, the Devil had such unbelievable, stunning expression, no he even broke sweat out of the body.

And then, he held his ass, rolling on the floor.

The first time Pauline’s magic attack was really prevented.
And the second time even her Ice Neeeles seemed like they were prevented easily. That made the Devil thought she could not do anything.
Actually … Pauline couldn’t have been that weak.
The second time, she silent cast small-scale hot magic to melt the Ice Needles, pretending that she was unable to do anything. Secretly created water on the ground, that cling to her opponent’s feet as he approached.
Pauline also put it on a very weak air current and lifted the water droplet from the pants’ hem to the sensitive, mucosal part.

The Devil group that watching also panicked. However, they couldn’t just decide to intervene and declare defeat while thinking their friend just got hurt and rolling while crying.
And Pauline started the next chant.

「Surrender! We surrender, this round is over !!」(Devil leader)

Heard the chanting, with too much for a prank and the leaders of the Devil group ended the match in a hurry and made a declaration of defeat.

Even though he thought so, the Devil leader couldn’t suppress his unpleasant premonition.

Please take care of me for this year as well!

From this time, it will be updated twice a week fixed on a fixed day (Tuesday morning and midnight on Friday). Thank you.

And it is news.
From today, my debut work “Become a novelist”, “I will save 80,000 gold coins in the other world in preparation for the old age”, “I will survive with a potion! “Two works of two works (which were serialized at the same time in a series) will be resumed. (^ ^) /
Since just one year has passed since then, I will turn my heartfelt, let me show the eyes again to the two works that became the cornerstone of this work … …. (^ ^ ゞ In both works, we are uploading the number of this story and the first talk of resuming updating at the same time (76 story and 43 story respectively).

After that, we plan to renew each Wednesday and Thursday, that is, at the weekend.
The second episode will be updated this Wednesday, Thursday.
Along with this work, I would appreciate your like.