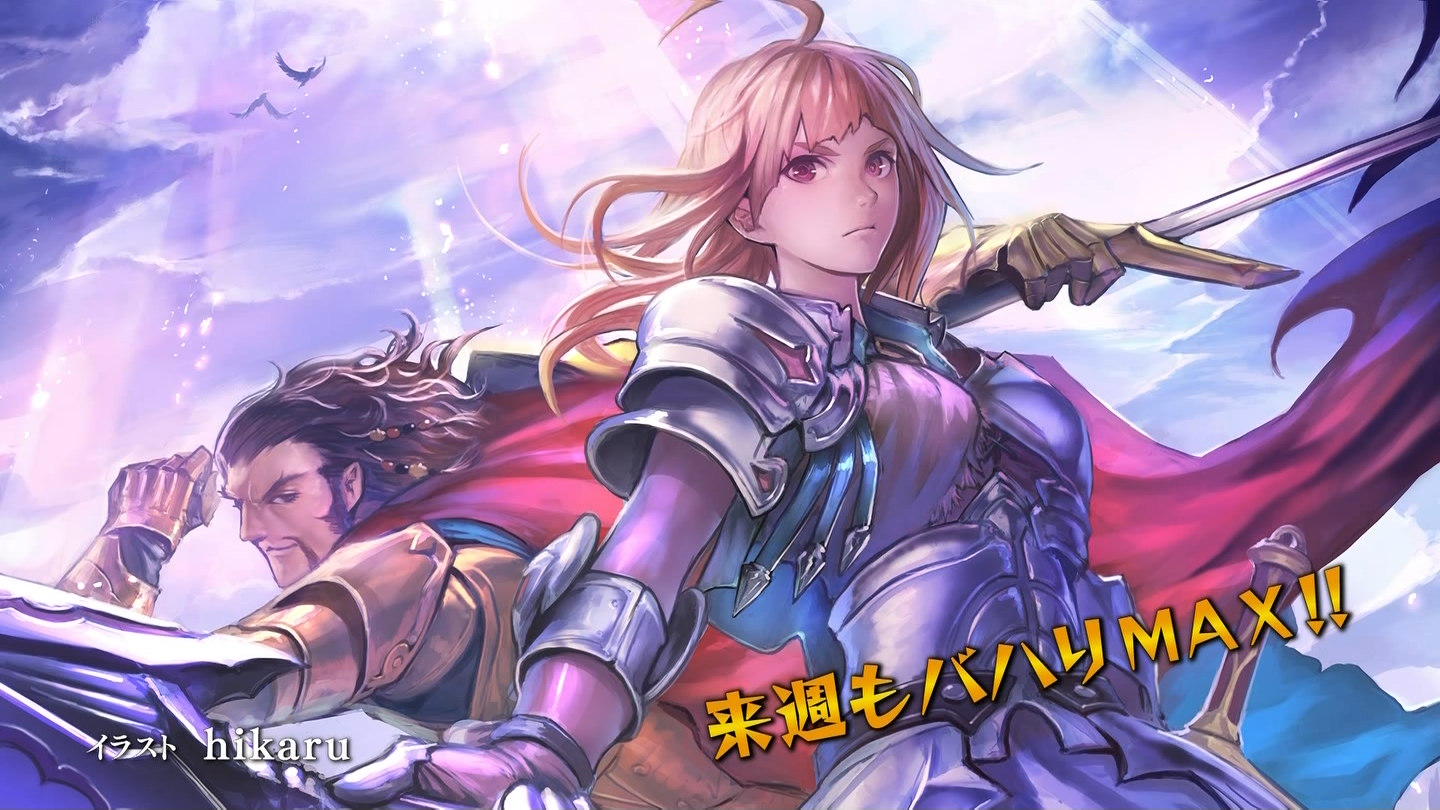 (This Chapter is Samaka’s POV)

I followed the words coming down from above and raised my head, it was the king of this kingdom.
Right now, I’m having an audience with the king in the King chamber of the Royal Castle. This city is the capital of this kingdom, Pleiades.

By the way, even though I govern Arlesha, the port town that is an important base of trade, it’s also just a countryside town.

It’s unusual for a countryside lord like me to have a private audience with the king.

「Well, as usual you still have the face of a womanizer, how many wives are there now?」(King)

「I have taken the 40th person this time」(Samaka)

The king was laughing as he said that, he had a neutral beauty.
The short golden hair is dazzling like a crown, and the deep blue eyes are gentle like a night sky.

The king had a beautiful face like a woman in male dressed, he gently narrowed his night sky blue eyes.

「Well then, Samaka, will you let me hear your thoughts on the person who is called the angel of the sea breeze in the report. The so-called 『silver hair’s beautiful girl mage』」(King)

I felt something exceptional in the words he told me, but he never put it on the face.
Argento Vampear. The silver hair vampire, who stayed in port town Arlesha for a while.
Her recovery magic that has an effect that can be called a miracle, rumors spread in a blink of an eye, and I also moved on that matter.
If she followed a lord it would be a great benefit, that’s why I couldn’t ignore her.

As a result, I respected her intention.
I refrained from reporting about her, the beautiful girl that is doing her best to follow her will.
However It was said nothing can stop a person’s mouth.
Since it had became a rumor once, I thought that her news would be heard sooner or later.
But I didn’t expect to be called up to the Royal Castle and have a private audience with the king himself.

「I don’t know well about that matter.
I thought I was going to investigate, but at that time, a big monster threat came and I had to deal with it to protect my citizen」(Samaka)

As if to examine these words, the king crossed his arms.
It was only a moment when I thought about it. Instead of thinking, the king seems like understanding the meaning of the word.

「Good grief, Samaka … Well, it can’t be help, I will forgive you, besides, I like your guts」(King)

From his word of forgiveness, he probably found out that I was hiding something about Argento.

But the king allowed me to do so. Of course there was no solid evidence, but that showed the size of his vessel.

Although enemies are rugged everywhere, he didn’t forget to show a kind heart to the others. Be it enemies or friends, he will deal with them all accordingly, he have enough vessels to reign.
I have no doubt that he will become the best king in the history of the kingdom.

And then the king cleared his throat and glanced to me.
The topic changed. I felt so and I kneeled again.

I had small sigh with confidence that the matter of Argento has finished safely that invisible to the king.

「By the way, there is something I want to ask you, Samaka-san.
I anticipate you as a man, this is outside of Arlesha, your jurisdiction of work …」(King)

This is absolutely unusual, for the king to ask me about things other than work.

He is 1 year younger than me, but he grew up in a more advanced environment than mine.

He was born to be king and he himself grew up in response to that expectation, so to speak, he is superior to me in all aspects.

This is the first time that he asked me personal questions.

… I must respond seriously.

Perhaps this private audience was established for that purpose.

There’s no royal guards or anyone else here. But the king can’t possibly have a private talk with a local lord.

In other words, the King has made this place by trusting me.
That’s why I must answer firmly to show my loyalty.

「I will do my best to respond」(Samaka)

「Well, Samaka-san, I will ask you one question… How do you like 『love』?」(King)

I was dumbfound with the unexpected words.
But then again the king was still looking at me with a serious eyes.

「Recently, the movement of the empire is restless.
I don’t know whether we can win this war or not.
A war that keeps on fighting with the dreadfulness.
But it is … It seems that we are measuring the time of death」(King)

「It’s a gap that can be happened between countries. Even I don’t know what will happen, how long will this state last, what the empire will do
… so, I must also think about it」(King)

I see, he wanted to experience love.

Although the king is still young, the king is supposed to have such a partner already. No, even if he isn’t the king, any people would also like to have partner.

However, he is a person who gives priority to the public rather than himself. I knew that there are many worried voices from the ministers.

Although this is obligation, it will be a good thing to let him to know about love as well.

The king is definitely superior to me, but there’s thing still he must rely on someone other than his ministers.

「Well … What kind of lady does my king like? The face, the size and character of the chest, etc.」(Samaka)

It seems to be more serious than I thought.
He doesn’t know love yet. In the first place, I have never seen he was with any lady.
If so, I must change the way of asking.
Thinking so, I use the examining kind of words.

「Then, as a companion … what kind of woman do you think is suitable as a queen?」(Samaka)

「Oh yes … Always thinking about the people, being kind hearted, good at cooking, sitting next to me, not bored, intelligent, also have the character as a mother …」(King)

「The order has increased suddenly …!」(Samaka)

It’s impolite to say this to the king, but I found that the ideal value was quite high.
Like this, king’s love is going to be difficult. What should I do?

I was troubled and a voice caught me abruptly.
It is different from the dignified voice the king has. It was like a blooming flower, a full of charming voice.
It was all in a brief moment. Before I knew it, she was laughing cheerfully, next to me.
The two bells hanging on her black hair shake with a dull sharp sound in accordance with the smile.

「My king is thinking a bit too hard. Love is something that you are naturally falling to, just like flower fruits…」(???)

Her skin had a cranky appearance green.

There are countless flowers blooming around her body with vividly colours like wild grass. She is gorgeous as flower.
Like a butterfly invited by a flower, I fascinatedly blinked.

「… It’s a bad habit to cut in. I’m talking with Samaka right now」(King)

「Tee hee hee, I am sorry my King, but is there a need of permission for flowers to bloom?」(???)

「…well, I forgive you…
Samaka, let me introduce to you, this is the queen of Alraune, who made a cooperative relationship with our kingdom a while ago」(King)

A beautiful woman with green skin, said to be the queen, bowed elegantly.

The fragrance of the flowers that is reluctant only by that gesture becomes thicker, my head feels like getting hazy.

「The forest in the western part of the kingdom, Samaka, tell me what do you know about it」(King)

「The western part of the kingdom … that place is supposed to be where plenty of evil demons …?!」(Samaka)

「Yes, as the one defeated all demons there, right now I’m the one ruling that place」(Queen Alraune)

She was smiling lightly and spoke some words that made me shudder.

The area that was called the devil forest in the western part of the kingdom. It is a land that need strong defensive. As it’s an danger zone where magical power was abnormally high, many powerful demons inhabited.
Although it’s on the territory map of the kingdom, it’s also an undeveloped land.

She is governing it now. That means she did it with her own abilities.

「This time I decided to join the kingdom side as a cooperator to deal with the empire. With the condition that our forest will become independent as a nation with the name 『Sherwood』」(Queen Alraune)

Then she took one step back while keeping her head down to the king.
The king didn’t not say anything to her beside forgiving her behavior.
Suddenly appearing in front of the king’s eyes and being rude to cut in halfway, which mean she is in a position that she can be forgiven.

More than anything, she used the word 『to become independent as a nation』just now.

Then, the king had judged to have cooperative relationship with her.

Didn’t that mean the king trust her a lot.
And then the king is still wary of the Empire’s movement.

「Next time, will you give flowers and seed of fruits that aren’t from the Kingdom, I want to see what kind of flowers will bloom」(Queen Alraune)

She looks different from the former magical appearance, just like a young girl (Shoujo), the queen of Alraune smiled. Her smile is cute and beautiful. Her feeling of loving flowers is genuine.

If you are a man, you should respond to that. So I think, but this is this and that is that, working with self-interests would be another problem.

「Well, then excuse me for asking back from the evil forest … I would like to have sherwood derived fruits etc.
I will make it a profit for the kingdom」(Samaka)

「Umu, a flashy person … fu fu, just like a flower blooming from the gaps of stone. That would be nice」(Queen Alraune)

Smiling with doesn’t-seem-to-care face, she laughed as the bells ringed according to.

「Oh, I haven’t introduced myself yet … I am Kuon Ao… ah, please forget it.
My name is Aoba, I’m but one flower with its name only」(Aoba)

Queen of Alraune, Aoba?
It’s a beautiful lady’s name. I should remember it, there’s no loss.