Translator’s Note: I will use Blood Box (from Item Box) instead of Blood Bag from now on. It wasn’t much different

(This Chapter is Arge’s POV)

The Pisces passed through the sea and flying for a while.
Eventually, it was pulled by gravity and started dropping altitude, and it skipped on the sea surface like a skipping stone.
While I was crying a cute scream, the Pisces bounced back many times on the sea surface.
The ship keeps jumping and falling hits the ass many times, it hurts.

While we are saying so, the ship keeps sliding roughly in the sky instead on the sea.
Moving this way might be a lot faster than moving on the sea, but it really hurts.
I was worried and I contacted with Neguseo in the ship stable. Even though the horses seemed pretty tough and they told they are okay however it would be better to go check the situation later. In this situation, the cabin must be quite a mess.

I could see the land beyond the horizon.
In the direction the elf’s brown finger was pointing to.

「We only have a few more distance, right?」(Arge)

As Kuzuha-chan concerned, the momentum of the Pisces doesn’t seems to slow down.
Kutira-chan must have calculated the distance and power roughly, so it’s no wonder if she’s wrong.
With this momentum, we would crash to the land.

We will crash to the land unless I do something.
Concentrate magical power on the palm and prepare for magic casting.
All magic that I can use is simple except for recovery magic. The kinds of magic are also limited, unlike Kuzuha-chan and Kutira-chan.
Still, I have enormous magical power, I can make use of simple magic in a large scale.

I spoke a key word to activate magic.
Wind magic level 1. With the magical effect of raising the wind to stop the momentum of the ship.
While doing so, the land is about to be seen. Although I was trying to kill momentum but I didn’t make it in time.

「Uu … I think we will crash, better prepare for the impact」(Arge)

Kuzuha-chan uses the magic and creates 3 copy of her, the 3 run to the bow, jump off.
And I can feel clearly there’s a shock of hitting something, and the ship stopped completely.

「Although they certainly disappeared, I can produce them any number of times, you don’t have to worry」(Kuzuha)

The person herself said so, but since Bushiha-chans have  Kuzuha-chan’s appearance, it was a bit painful to see them disappear.
However, I’m glad that travel companions and means of transportation was both safe.
It’s of course a pleasure to have all the people landed without hurting, and I will also use the Pisces to return from the demon continent later.
We are already landing, after preparing everything, I will put it in a Blood Box.

「Although the ship was protected by spell, it seemed to be pretty terrible」(Arge)

「Yes … at least let us prepare ourselves a little … Uu, cure …」(Felnote)

Felnote-san seems to be considerably drunk (sea sick) now, and she is treating herself with recovery magic.
Since Zeno-kun and Richelle-san are also getting sick, I used a large scale recovery magic there, and Felnote-san have a sigh of relief.

In response to Kuzuha-chan’s voice, everyone lie down.
Something is flying to where my head was until a moment ago.
*Byi~n* It stuck the wooden floor, it was like a thin pile.

It similars to large nail, perhaps it is supposed to be a throwing weapon.

Following Felnote-san’s voice, everyone looks at the top, the opponent who attacked just now was there. I don’t know how she climb there but she was standing on the mast of the Pisces.

It was a tall woman with short cut golden hair.
She wore a black office clothing, similar to a suit in my world, long sleeves with long pants, the clothes is tightly fitted to her whole body. She also wore gloves, there was very little exposure.
Clothes that have a chic and tight impression.

But right there, the breasts that were so big as to be beyond Felnote-san seemed to be cramped.
Her eyes that look like pure balls are narrowed down and stared at me.
Her words seems polite, but it was a cold sound voice.

「Oh, I thought I was completely hidden from the blind spot … How could you react and even with that speed?
And that beastkin seems to have better perception than I thought?」(Cold Voice Black Office Lady) 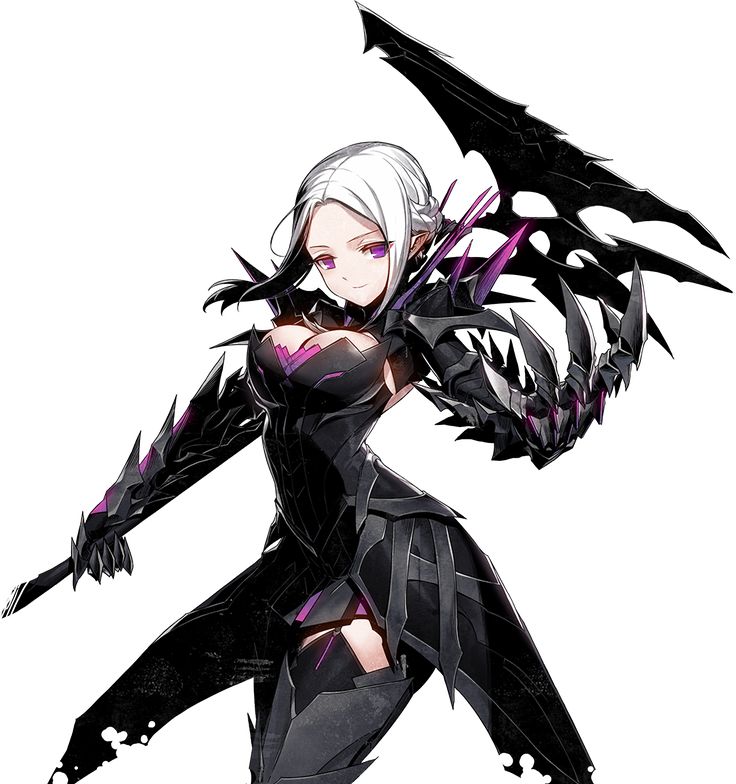 「That would be my line, … Who are you, how dare you step on my land without permission?」(Cold Voice Black Office Lady)

「Is that so.
Even if that’s true, your identity as uninvited guests have not changed.
Also, you are a vampire no matter how I look at you.
An unknown vampire walking under the sun is nothing but a danger」(Cold Voice Black Office Lady)

I heard that Demon Continent is a rather barbarous land but I didn’t think there was anything like a sudden attack out of nowhere.
However, this will be bad if the situation remains like this.

The opponent is fixing her gloves. It was like preparations before fighting.
I didn’t want to fight so I must at least try talking somehow. And I continued…

「I am receiving a great discrimination remark, is that okay to kill already …?」(Cold Voice Black Office Lady)

Oh, I don’t really understand, but she seems to be very angry. I wonder why.

Richelle raised her voice talking when the opponent was gathering magical powers.

「Do you know her, Richelle-san?」(Arge)

「Yes, she is the secretary of my uncle … She is a human lady, who is unusual to be on the Demon Continent」(Richelle)

As Richelle-san said so, the other party seems to have noticed Richelle-san as well.
She become wondering instead of her previous murder intent.

「… I heard that Richelle-san had disappeared, why are you here?」(Isabella)

「Ah, about that … I was taken away by the human who invade our land and took out of the continent. These people have saved me and brought me to the Demon Continent」(Richelle)

Isabella-san seems to be able to speak quite a lot of language, unlike Kuzuha-chan and Richelle-san just know a single language. Or, just like me, she may have decent level translation skills.
Isabella gently tampered her hair with his right hand while wearing gloves, and made a thought face. After thinking for a while, she spoke.

「In that case, I have to report to my Danna-sama」(Isabella)

(T.N: Danna-sama can be used for both Master and Husband, because this will be a joke later so I won’t translate to English and lose the joke)

「Yeah, because you seem have no intention to fight, I will temporarily hold on you for now. Welcome to the Demon continent」(Isabella)

Anyway, I’m relieved because it seems that I do not have to fight.
I hope that I can bring Richelle-san back safely without such a troublesome thing.