Arge 145: The Pitfall of life design

T.N: Cliff-Hanger-sama is coming. He took not only this Arc but the next Arc as well.

After 10 chapters we will end this ARC in Cliffhanger style.

Sorry for the delay, my internet had a problem with upload

Arge 145: The Pitfall of life design

After confirming with each other, we start working.
Bushiha-chan climbed a tree and collected fruits.
And then she drops it to me who is on the ground and I am storing all of it in the Blood-Box.

『 We only need to this and we will finish today’s work (~desu~no)
Let’s do our best, Arge-san』(Kuzuha) 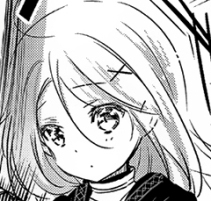 I got encouraged by Kuzuha-chan who stays next to me, for now, I will do my job.
Today’s I went outside the territory with Kuzuha-chan and was helping with collecting food ingredients.
They also planted fruits and crops in the dark elf territory, even so,
it’s still troublesome to collect fruits with human hands.
Of course, I also think it’s as troublesome, but it can’t be helped because I don’t want to make Felnote-san angrier.

… The job itself is easy.

Because Kuzuha-chan can use Alter Ego, the work itself is easy.
Rather, mostly I only work as luggage holding.
I’m storing everything that Bushiha-chan has harvested in the Blood-Box.
Because Kuzuha-chan, the main body also leaves work to Bushiha-chan, she also feels relaxed. So, today’s work seems to be rather relaxed.

Although I can see animals and monsters from time to time, however, most of them will just escape from us, and the ones that won’t escape will be hurt a little because Kuzuha-chan can lightly drive them away with a little force. (T.N: go easy on them, not shooing them)

It’s an easy task if you look at how we work, but walking in this tropicalized forest is really troublesome.
Although the living condition of the territory is maintained considerably, once we go out of the territory, the high temperature and humidity will make our clothes stick.
It’s not a high heat that makes us thirsty and dry, but rather a unique uncomfortable feeling that deprives our motivation.
It is troublesome to walk on the ground, and I want to return early.
And I want to sleep for 30 hours.

Kuzuha-chan seems not good in this heat.
Well, her ears and tails are sticking and hot (T.N: fur), Kuzuha-chan may not fit for the climatic of this land.

It seems like she is trying to escape from humidity even a little by shaking her shrine maiden skirt.
Even I thought that her drooping ears are cute, but I wanted to cheer her up.

Did Kuzuha-chan got motivated somehow?

And Kuzuha-chan keeps giving instructions to Bushiha-chan.
As for Bushiha-chan’s thoughts, physical abilities, usable skills.
Because she is an altruistic cheat that is identical to the main body, she can easily clear the jobs given by Kuzuha-chan.

The other day, in the Cyril Big Safe, the number of Bushiha-chan that can be divided has increased, so the work speed has improved considerably. I stored a large number of ingredients in the Blood-Box.

『Well, we just got lots of it, so shall we have it for lunch?』(Arge)

Because she is a beastkin, Kuzuha-chan’s biological clock is pretty accurate.
I really appreciated that we could have a break more than anything, so I obediently nodded with her proposal.

In order to escape from the heat even a little, we sit down on the shade of the trees nearby. We are sitting side by side with the root of the tree exposed from the ground as a bench.
We chat for a while eating the fresh fruits among the ingredients we collected.

『 Well, most of beastkin of the fox family can use beast-division.
But my Alter Ego is learned from my esteemed mother. It’s rather special compared with other beastkins’ skill.
They mostly can’t make an alter ego with the same abilities as themselves』(Kuzuha)

It seems that it’s quite extraordinary to create an Alter Ego of that level.
And some Kuzuha-chan who proudly put out her chests which are almost nothing.

『 Division skill. As expected. So, people can’t make it unless they are a beastkin, right?』(Arge)

『No, you can do it in a variety of ways (~koto wa ~deki ~masu ~wa)
Like Onmyou-jutsu that using paper as the medium…
As the substitute for my separated tail in my Alter Ego, to put magical power in.
But that technique was called as Shikigami rather than Alter Ego』(Kuzuha)

『… Can a vampire make the copy like Alter Ego?』(Arge)

I couldn’t deny it because it was true.
Because this is a clone skill, it would be very useful if I could use it.
When I looked at Kuzuha-chan’s Alter Ego before, I thought that we must be beastkin to use it, not a vampire.
Loli-gramps, please give me a little more explanation.

『I have never heard that vampires use alter ego …
… it was said that they could control anything with blood contracts, it seems to be the most common』(Kuzuha)

『 You seem to have a disappointed face…!』(Kuzuha)

『No, I thought it would be nice if I could do it as well ……
Well, there are times when I really sleep so bad that I don’t want to move. Or maybe everyday』(Arge)

Kuzuha-chan was thinking something after surprising for half a second.
Did I say something strange?

Yes, I feel sorry to have Kuzuha-chan do a lot of works every time, and then I also can’t relax when Kuzuha-chan isn’t here.
On this journey, I have confirmed that Bushiha-chan, once created, will operate even if the main body is sleeping until the magical power given from the main body runs out.
To be honest it’s quite enviable.
I wonder if I can use a skill like that.

I was called out to where I was in the middle of thinking.
Although Kuzuha-chan’s atmosphere was a little hesitant for a moment.
She looked at me and continued.

『Arge-san, basically, you think Alter Ego is useful, you want to let Alter Ego do it instead of moving by yourself』(Kuzuha)

『Yes, that’s right, Kuzuha-chan’s beast-division is pretty precise, they can move on their own. Isn’t that so?
Is there something wrong with it?』(Arge) 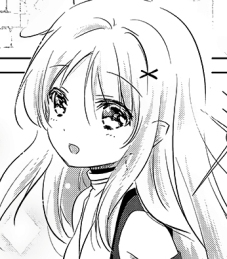 『 That’s true (~desu ~no)
The problem is, even if they can work by themselves,
but they don’t have more intelligence or thought different than the main body (~koto ~wa ~ari ~masen ~no ~yo)』(Kuzuha)

The Alter Ego created with clone type skill is an Alter Ego or a copy of the user.
Just like things that appear in the mirror, it may look the same as the real thing, but it’s never more beautiful than the genuine.
That’s what Kuzuha-chan is saying.

『 So what’s wrong with that?』(Arge)

『 Because my Alter Ego has the same thought as me, for sure it will find anything troublesome as much as me.
So it will become a pain in the eyes just by watching it』(Arge) 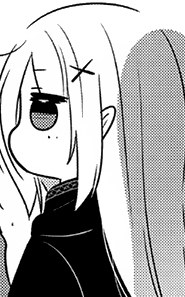 I finally realized what Kuzuha-chan wanted to tell me.
If an Alter Ego has the same thought as mine, more lazy vampires will be mass produced rather than just me.
Of course, it will not be useful.
Rather, every one of them will fall asleep on the spot and start taking a nap for 30 hours a day.

『…Unfortunately,
It seems better to give up trying to get an easy life by Alter Ego』(Arge)

I was thinking of using it in case I couldn’t find anyone to take care of me in the end, but there was no choice.
As I expected, I need someone to support me.

Haha, I wish that anyone can feed me.

『…Ah, it has been a while for us to take a break (~narimasu ~wa ~ne)
After gathering a little more ingredients, we will return to the territory』(Kuzuha)

When Kuzuha-chan stood up and said that to me, I noticed an unpleasant smell.
It’s a smell that makes me frown my face.
It was a smell that shouldn’t be existed, or rather than impossible to appear here.
I know this smell. But it can’t be here. I think so.

『 I know. This is the smell of iron…』(Arge)

I can smell it.
But when I try to speak, there’s a big shock.
It was kind of like something hit the ground strongly, and it was continuous, not just once.

I can understand from the feeling on the sole of the foot. It’s obviously not something that occurred naturally. And I feel a bad feeling about this.
More than anything, the smell that drifted here after the impact was a problem.

『… Yeah, I got it, this is a smell of fire』(Kuzuha)

A unique scent when plants got burned and ash scattered.
And there’s no need to urge either, we both are running as fast as possible back to the territory.