There is neither God nor Goddess in this world.
But those who weren’t in the know still worshipped such beings.
And soldiers, hunters, bandits…, the 《people whose life is heavily influenced by luck》were quite religious, contrary to their usual behavior.

『Well, well, all the victims are killed or sold away somewhere, so we can’t confirm it…
Well, as the fact they are bandits doesn’t change, they will become criminal slaves for life.
We don’t have to do anything else besides handing them over to the guild』(Rena)

Heard the interchange of Maevis and Rena, the bandit leader struggled.

It wasn’t the same, it was a big difference.
If they can deny all other bandit acts so far, they might have about 30 years sentence instead of a lifetime.

Perhaps they might have labor assign in some harsh places.
But it’s probably not long as a lifetime, it’s both fortunate and unfortunate…

They only did the bandit act once before.
If the victims are alive and only being sold away, it’s possible to rescue or repurchase etc, by providing information on illegal slave merchants.
They can expect work that is a bit less harsh for about 30 to 40 years.

『It is true!
There is a lot of damage caused by the bandits. I can’t stand taking all their crime’s responsibility when we only did it once』(Bandit leader)

『… that, I think the other side is thinking so as well…』(Maevis)

『No, but we have an alibi!
Some of the bandit’s act happened when we were at work and being drunk at the bar.
You should know immediately that there are other thieves.
In addition, if damage caused by the bandits still continues even after we all got captured, then it would prove that!』(Bandit leader)

Maevis also felt convinced.
If the girls finished the request with this and the damage continued after that, they will be in trouble.
No, they had a record of catching a thief as requested, and it will be a successful request.
But it’s not a satisfactory result for the 《Red oath》

The other three nodded in the words of Mile.

Rena’s Trio nodded at they looked at the work of Mile.

Not only the men were tied up, they were also buried in the ground, the soil was hardened by magic. Their mouths were gagged, ears plugged, and eyes blindfolded.
And before plugging their ears, the girls warned them firmly.
If they scream too much, they may die of thirst as the girls would only come back to get them after they’d finished capturing all the bandits.
And if they make too much noise, monsters and beasts may come.
The girls also keep a wooden tag “these people are bandit” so they may be killed if they were found by a traveler or something.

… So it’s better to quietly breathe until they come back to collect them.

The bandits have a pale blue face, nodded.
There was a gag in their mouth so they couldn’t speak a word.

And furthermore, just to be sure, Mile cut some tree branches with thick leaves and cover them on the head, and also putting a barrier.
The barrier will block off voice and smell, but allow the air to pass through.
However, if Mile goes away, the barrier will disappear, but well, it can’t be helped.

And the girls’ journey continued. 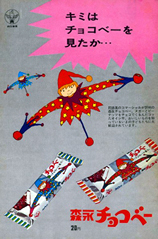 As usual, Mile thought about some unknown thing.
And after a while, (a wild) 4-men group appeared.

Rena and Mile said so, those men seemed like getting lost.
From the damage report so far, it seems a bit hard to think that there are only 4 bandits.
There should be more bandits
That means …

『Well, give us all your money now if you want to leave…』(Bandit leader 2)

The bandit leader smiled happily when he said that.

And, the 《Red Oath》 was surprised.
Normally, the bandits will try capturing everyone, take them to the hideout along with the luggage.
Well, that might be slow. But the bandits won’t miss some young girls who likely to sell well.

And if they capture the girls, they will get all luggage and money, they don’t need to do meaningless things like robbing money here.
No matter how stupid the bandits are, they will at least know that much.

And even though they said all that, the bandits were only standing still in front of the girls, they didn’t try to approach any further, keeping the interval.
It was obviously a suspicious behavior.

『Now, be a good girl and take the money out』(Bandit leader 2)

The bandit was just saying so, he didn’t take any action. It was as if …

Mile muttered in a small voice.

『As I said, why can you only read the mood at times like these…?』(Rena)

『I hope she will always be this way, but …』(Maevis)

Apparently, it seems that the other three people have reached the same conclusion.
And as the bandits keep on struggling for another ten seconds.

From the back, something strange came up.
When the 《Red Oath》 looks back, it was four men running at full speed toward here.
Apparently, they seem to be hunters.

『It’s gonna be troublesome.
We should get the prey first or the talk will be more complicated.
Maevis, Mile, get them!』(Rena)

And the two rushed forward, literally beat the four bandits up with a single blow.
Of course, just like with the earlier bandits, it was the 《flat strike》that use the side of the sword.
If the girls kill the bandits, the share of the criminal slave will be gone,
it is troublesome in many ways… from a humanitarian point of view.
Maybe.

『Hold it right there, bandits, we are the 《Twin Heavenly Flying Dragon》…, eh?』(Hunter leader)

In front of the four rushing hunters, the girls were standing like nothing with the 4 bandits rolling on the ground.

Rena explained to the shocked hunters.
With how the girls see it if Rena doesn’t do it, the broken hunters (.exe was cracked) are not likely to restart.

『We appreciate it that you seem trying to help us.
However, we can easily deal with them by ourselves.
Since you don’t need to worry anymore, please go ahead』(Rena)

Heard the explanation of Rena, the hunters somewhat have the upset expression.

『No, no …… That’s not going to happen!
There’s a danger of being counterattacked so we will take over the role to guard the bandits!』(Hunter Leader)

『Do you pretend to help and steal our prey, or you want us to pay the request fee for escort delivery?
We already know about those bandits’ ability, we can easily deal with someone of this level.
We don’t need your help or anything else!
These guys will be handed over to the guild by ourselves!』(Pauline)

Pauline will never forgive those trying to steal what she can make money with.
It’s impossible for anyone to bend the strong will of Pauline.

『Well …, then, in order to eliminate the danger, you should kill the thieves at this place!
Hey, you guys!』(Hunter leader)

According to a guy who seemed to be a leader, other hunters including himself pulled out the sword and walked toward the bandits.
And then the hunters slashed their swords towards the bandits who fell down on the ground.

Even the hunters thought they have already done it for sure, the two girls parried their sword just right before they can kill the bandits. The hunters were surprised with their eyes wide opened again.

『What are you trying to do with our prey!?
If you kill them, the value will go down!』(Pauline)

Pauline yells at first, Rena’s trio got stuck and didn’t say anything.
Everyone felt suspicious about the hunters who were short-circuited and tried to kill other people’s prey without permission.