『Ladies, do not waste your time trying to resist us, just give up already.
Well, we won’t do anything bad.
Let alone killing, we won’t even hurt you.
We will deliver you to someone who will love you neatly』(Bandit leader 3)

The girls retorted (tsukkomi) all at once.
It was a gift of education for Mile’s daily 『Japanese Fukashi talk』

And this time, she used the composite ice magic and wind magic rather than hot magic because it’s more practical for attacking many people.
This magic created a lot of ice chunks of the size of a fist, swirling them around with a tornado created by wind magic.
Yes, the chunks of ice will fly around not only once, but keep swirling over and over again.

Endlessly…
Until the ice chunks melt or Pauline stops magic.
Even if the Ice chunks crack with a collide impact, it will become a lot of ice shards, the damage will be smaller, but it will increase the number of times ice hits.

And then, Mile and Maevis rushed in.
Mile took care of the bandits in the front and Maevis is in charge of the enemies in the back.

The enemies in the front have lost of one-third of their battle strength.
Because Rena had aimed to avoid serious injuries that might kill the bandits, losing limbs and so on.
Some bandits are still intact, some bandits are dragging their legs or holding their arms.
And of course, there’s no bandit who can use magic.
There was no way that a precious, high demanding offensive magician would do something like robbing.
They would apply to be hunters, special soldiers or court magician.
It was reckless of the bandits to challenge the 《Red Oath》  without any magician.
No, even if all 10 of them are magicians, it’s still reckless, it doesn’t change.

On the other hand, the enemies from behind were all shaking, they can’t keep standing firmly.
The tornado of Pauline seems to have caused some great damage.
Their fighting power seemed to be greatly decreased by that, well, it didn’t matter much to Maevis who used the True God Sword anyway.

With ordinary C rank hunters, they could take care of about 2 bandits at the same time.
But in Maevis’ case, she could deal with 5 to 6 bandits in perfect condition with no problems at all.

In the first place, the bandits are weak.

They don’t have perseverance enough to be a merchant or craftsman, no talent to become a hunter, even neglecting effort and discipline to be a soldier. They just want some lazy and easy living life.
If a bandit is strong enough, he won’t become a bandit but at least should become a hunter.
The threshold for becoming a hunter is quite low.

And, the fight… or rather the one-sided beaten ended in a moment.
Mile and Maevis hit on the flat side of the sword, the so-called 《flat beating》
Rena and Pauline were just the first blow, and they left everything else for Mile and Maevis.
However, in preparation for the emergency, Rena kept the offensive magic, Pauline kept healing magic in the holding state.
Of course, Pauline’s healing magic was prepared to the bandits’ side if Maevis carelessly overdoing it.

And there was no turn to use magic for both Pauline’s healing magic or Rena’s offensive magic.
The 《Red Oath》 caught the bandits safely.

This time, Mile didn’t use the fishing line but a normal rope to tie the bandits.
Because there are a lot of people this time and it seems that they are going to resist, trying to move.
Mile was worried about 《Their fingers and wrists would drop off if they forcibly pull the fishing line》

Mile has a lot of trouble.

It’s going to get dark soon, but the girls can’t camp here.
No, Mile knows they can’t go to the town Zarbaf now and of course, they will need to stay in the camp one night, but…
The guys who were buried in the middle.
As expected, Mile doesn’t want to let them stay like that all night.
Mile doesn’t mind letting them feel some pain, but what if they get attacked by animals and die?
It will leave a bad aftertaste, and if they die, a 《Mi》 comes out to take away the metal cage, will their body still intact? And the smell as well…
It is awkward…

Mile thought so, and everyone was convinced to the explanation of Mile which suggested moving to the place where they had buried the other bandits in the meantime.
And Mile used a care medicine,
Maevis used a way similar to the method of 《Katsu o ireru》in judo
Rena and Pauline woke up the bandits by kicking them on the sides.
Those who have not lost consciousness are looking at it with a scared face.

Mile said so and pulled the rope that connected the thieves, but the thieves didn’t try to walk.
It is natural.
If they arrive in the town, what waiting for them is the lifetime crime slave, perhaps even the harshest labor placement.
It was natural to find opportunities to escape, earn time, fight back.

Even the girls have strong fighting power, they are still four young girls.
Even though the bandits’ wrists are tied, but if they act fast that the girls don’t have time for chanting magic or taking the sword out.
Once they remove the rope, they can run away in all directions all at once because the legs are not tied up.

Thinking like that, the bandits didn’t want to walk…

The thieves were dragged on the ground by Mile with the end of the rope.

Although people call this high road, it isn’t the stone paved road, the trampled road surface is hard, there are spiky rocks and pebbles.
So, it was enough for 《Daikon Grate》 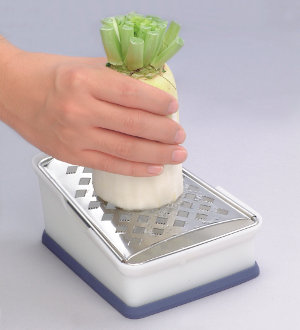 The thieves began to be covered with abrasions immediately.

『Wait! Stand, I will stand up, wait for a second!』(Bandit)

Getting afraid of Mile’s strength that dragging the connected thieves by herself,
Rather than enduring the pain of dragging on the rough ground, the bandits screamed.
Well, of course, those guys don’t have a calm face anymore.

And Rena shot a flame bullet on the side of bandits who didn’t walk after getting up.

It is a very small flame shot that lowered the amount of magical power to the minimum, but it’s still enough to attack.
There will not be anything like death, but some burn and pain can be guaranteed.
The first bullet flashed to the ground about 1 meter from the thieves, the second bullet is 60 centimeters, the third is 30 centimeters
It gradually comes closer, and the fourth one…
The thieves started walking in a panic.

However, the camp tonight is unlikely to be able to sleep,
And when they move tomorrow,
As they approached the town, the thieves will start to resist again, they may plan something.

It might be difficult to get to the town tomorrow as long as the girls take beef walk tactics.

Thinking like that Rena felt disgusted.
Even if you are good at fighting, such a trouble cannot be helped.