『I see. So, everyone in the village was safe but the soldiers and some of the hunters got hurt. Some of the fields were damaged, right?』(Pauline)

『Yeah…
So, we think we must cooperate to earn even a little.
And then we went to pick something that can be eaten or sold in the forest…』(Child)

As Pauline explained properly, the children finally felt relieved and the told her about the village in various ways.
It’s not something that they need to keep secret. Besides, all the hunters and people in the village know it.

『But… but it’s dangerous!
Even if you only gather at the outer edge of a forest, it’s still a forest after all and a wild monster may appear!
All of you are just children, even just a goblin or kobold may injure or kill you!』(Mile)

Mile raises her voice scolding but the children have cool faces.

『Normally, it’s true. But right now, there’s no monster on the outer edge of the forest.
Normally we’ll never be allowed to go near the woods, but the Hunter Uncles from the guild have made sure that no monsters in this area before giving us the special permission… at least until the monsters come back』(Child)

Apparently, all of this happened because of Mile’s Stampede and the battle to push the monsters back were so fierce, it seemed that the demons at the outer edge were 『pushed back too much』

Goblins, Ogres, etc.
Monsters with little material value and harm as well as meat and skin, horns and fangs, etc.
Delicious prey including horned rabbits and Orcs, deer, etc.
All the way to the normal animals.

So it seems that hunters around here have stepped deeper in the forest to hunt them and they allow children to collect at the outer edge until the monster returns.

『Eh? why did all of you look at me with that kind of eye?』(Mile)

Mile complains to Rena’s trio because their gaze hurt.
Certainly, it was an operation that Mile consulted with everyone beforehand, so she shouldn’t be criticized by them.
It’s understandable that Mile complains here.
However…

Then, after giving the children some silver coins, the children jumped and they rejoiced to lead Red Oath the way to the village.
Red Oath didn’t really plan to stay in the village as they planned to stay for a few nights in the nearby town, their next destination.
However, it’s not a bad thing to gather more of this country’s information from a local village perspective before going to the capital city.

As soon as Red Oath went into the guild branch of the city, they were surprised with the doorbell’s sound.

Yes, the sound of the guild’s doorbell is always the tone『Kuraran*』but it’s 『Kiririn*』here.
The hunters and the guild staff who look at the surprised girls.
Apparently, hunters from other places all respond in the same way.

『The other day the guild standard doorbell has been broken.
We are in the process of getting a new one.』(Middle-aged hunter)

A middle-aged hunter nearby told the girls so.

Maevis thanked, and Mile was thinking.

(As expected, it was a standard specification,
I think it’s really that the same tone in any city…) (Mile)

Maybe everyone thought the same way, at least their face showed that they were convinced.
And again, party leader Maevis gave a greeting to the guild.

Following Maevis, the other three also greeted.
Then, voices of cheer for hard work and the sounds of clapping came from all over the room. The hunters here seem to be pretty nice.

Next was checking for the information board and the request board.

『…As beginners, you should be careful. As there are no more monsters and animals on the outer edge of the border forest, the hunting requests need to go rather deep in the forest…』(Receptionist)

Maevis’ Trio silently looked at Mile before going to the board information.

Apparently, Mile has caused some trouble to the newbie hunters.
No, even if it’s kind of annoying for the villagers and soldiers, Mile doesn’t reallu care much about it.
Because this country was the wrong-doing one, even if they got counterattacked, they aren’t eligible to complain.

Until now, they have been causing troubles to the residents of Marein, the country where Mile’s group was staying. Not to mention they have caused some soldiers and hunters injury or death.
They “harassed” Marein on purpose in the first place.

Still, Mile was still relieved that there was no death of local soldiers.
As for the farmers of this country, they got involved because of what their own country has done. The farmers of Marein Kingdom also suffered a lot as well. If anything, they should go and complain to the top of the country.

… Of course, even Mile knows so, she can’t say it out.
Anyway, it’s not something that a hunter should be bothered by having done a formal commissioning task received via the guild.
…It’s a hunter’s common sense.

However, newbie hunters of this village would not be able to receive the hunting job. For newbie hunters, that forest would be an important earning place. So Red Oath felt a little bit sorry as the girls remembered their first fund-raising hunt at the hunter training school.

The hunters who were hired by the military to prevent the monsters that overflowed from the forest and got injured… are the work that they received for a reward after considering their own skills, so they are self-responsible.
Some of them may have been asked to push the monsters to the Marein Kingdom before.

Mercenaries can’t complain if they get killed by enemy mercenaries.
That was the case.

The information board didn’t contain much information.
So the girls move to the request board.

But there’s no way there can be any interesting or unusual requests here.
Even if there was, the local hunters should’ve already taken it.

Red Oath didn’t plan to receive such a request in the first place.
Because most of the hunters will hunt rewards with such a request.

Rena, Pauline, and Maevis carefreely said so. But for the young hunters who are on a training trip normally in search of those things. So the older people were somewhat familiar with hearing it. They could only have a wry smile.

Mile suddenly noticed. One of the hunters who are eating at the food corner was staring at her.

Mile got a thought『Maybe he is interested in me!』No, it’s not possible.

…However, in fact, that’s true

It’s somewhat unbelievable but it seems like some people in this world have the extraordinary cheat ability to remember the other people’s face who they only meet once.
When Mile first knew about it, she couldn’t believe it, but…
Apparently, such supermen exist in this world.

However, Mile wasn’t good at remembering people’s face, she assumed that most people were the same. Mile couldn’t remember the face of other people if she only met them several times.
She could only identify them with their clothes, the contents of the conversation, the place where they met, etc.

(No, no…no…, no way.
Did he see my “Goddess’ phenomenon”?
Was he one of the hired hunters when I pushed back the monsters at that time?
And did he possess the legendary cheat ability “remember other people’s face just by seeing it once”?) (Mile)

Mile breaks sweats.
As the hunter at his late twenties realized that Mile noticed and stared back at him.
He started trembling, he was more disturbed, impatient than Mile.

Mile was impatient.
And that hunter was also impatient as well.

Rena Trio’s face seems to have a shady hue. 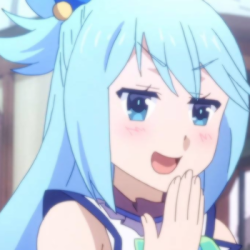 The voices of Mile’s heart and the stranger’s heart were synchronized.
While other people didn’t notice that at all.

Excuse me, is there anyone here who can remember Mile’s face after seeing her goddess form once?

As for me, I remember her from seeing novel cover vol 1 once.