(By the way, we need 9 chapters in total to off the cliff, would other series readers mind if I add another 2 chapters here?)

(And Mile’s readers through Novel Update, did you know the news about Mile’s anime?)

『What? The action of the neighboring country was already canceled?』(Military General or Lord)

In Mafan town, various rumors have reached the army and the Hunter Guild branch.

Besides, there was no way the neighboring country could completely hide the movements of any non-trivial force.
The recruitment, drafting of soldiers from villagers will immediately spread here and there.
Also, the flow of supplies, the movement of units, etc. are noticeable, and horses with information are much faster than the army.

It’s more than enough to say that there’s no way the neighboring country could surprise attack.

They might do it if it’s just harassment work “pushing the monsters”
But with something like Military Mobilization and recruiting soldiers, etc.
Mafan knew it right away that it’s not the normal harassment level.

However, it can be said that their surprise attack is a success, in the sense that reinforcements from the Royal Army and other Armies will not make it in time.

『I have been worried that we couldn’t endure until the Royal Armed Forces and other reinforcements came …
Well, if this is the case, we have to send a messenger in a hurry!
I have called for large-scale military action and it has become a mistake. No good.
Our country has spent actual expenses and key money,
If we need to pay the apology money to each lord army, it will be a big blow to the finances of my territory!
Hurry up and gather accurate information!』(Lord)

(It’s a great relieved compared to actually having a war but please forgive me to lose a fortune by a false alarm.
But what if when I was relieved thinking that the enemies wouldn’t come and then they came after that, my territory would be destroyed.
We have to get around here to be safe and avoid spending money) (Lord)

The lord who thought so hurriedly ordered his subordinates to collect information.

『 We have come quite far from the capital city. We should be okay now…』(Rena)

『Yes, I think it’s all right if we come this far.
Because they would not spread what Mile-chan has done…』(Pauline)

Pauline replies so to Rena.

For the past few days, Red Oath had given top priority to earning a moving distance, kept walking and rest in camp.
Although they have traveled quite a distance from the capital, they haven’t crossed the border yet.
Well, the border isn’t too far away.

There were no interesting requests, good money requests, or good for experience (learning) requests.
It’s natural.
If there is such a request in such a small town, the local hunter parties will not leave it alone.

When the girls want to rest for a while, the larger city will be better.
The other three also agreed to Maevis’s proposal.

As the girls walked out of the guild branch and were on the way to find lodging, Maevis noticed a signboard.

As Maevis just kept staring at the notice, Rena gave up and said it.

Red Oath is sitting in the corner of the dojo and watching the instruction of swordsmanship.
And Maevis continues to observe.

Rena asked so, and Maevis replied with great impression.

『(Sasuga) As expected of a Former Royal Palace Knight.
His skills and the way of teaching are also excellent…
My father and brother are also great but…
Because their priority was to pursue strength, they weren’t very good at teaching…
Besides, I was a child at that time.
Now that think about it now, they probably intended to play along with my child play.
Something like “my child has learned swordsmanship” …』(Maevis) 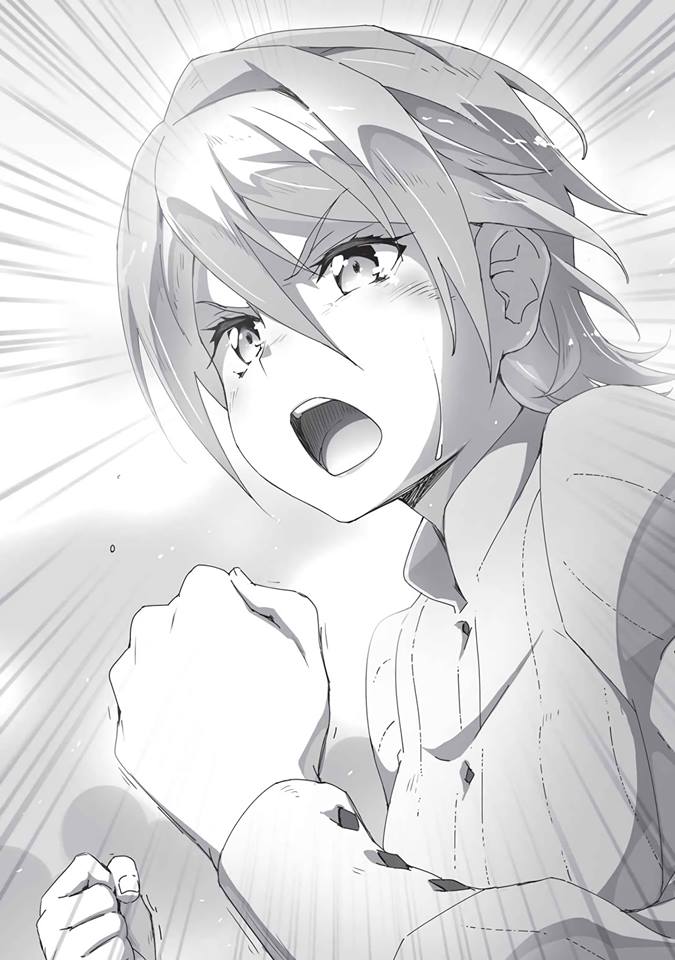 Mile trio didn’t think so, but it seemed that Maevis thought her technique is just like an amateur compared with the former Royal Palace Knight.

Maevis keeps staring at the guidance and exemplary performance of the former royal palace guardian knight with a hot eye.

If you are motivated and have observing skill, you will definitely want to receive instruction.
It’s probably why they post “You can observe the teaching”
And, for those who can’t study for a long time, they also post “We also give out short-term intensive training”

While Pauline complains so much, Maevis’ strengthening is a big benefit to the whole party.

『I understand! Tuition will be paid out from the party budget!』(Pauline)

As expected, it seems that Pauline wasn’t a devil enough to say that Maevis could get out of her pocket money.

And an elder-looking woman who is a guide, listening to it.
She is probably the wife of Dojo owner…

『Oh, for the two Swordsmen, 3 small gold coins per person per day …』(Woman)

The four involuntarily raised their voice.

Then the woman replied

“If you ask such a person for guidance with a messenger or a connection,
Have you considered how much practice and money you need?”

The girls had no choice but to accept.

Even Pauline also said “Perhaps, it might be a good deal”

Certainly, even though it is safe to employ him as a swordsman teacher of a child of a noble family, he teaches the common people with three small gold coins in such a place…

『But you teach more than 10 people at a time!
And because you let disciples have simulated matches, it was pretty much easier!
You will only teach two or three hours for every 10 people.
If you teach two groups a day, you will get over 60 small coins!!』(Mile)

When Mile pointed out, the woman looked away.

Then, in the dojo, the students who are in the mock battle stop moving because they are surprised with the scream.

Then the woman explained… There is a rank in the dojo, the teaching is quite different between the beginner and the experienced person. Furthermore, from hunters, commoners to orphans with no money, they pay the same money,
The master must give instruction from the start until the mealtime. People can’t afford to pay the fee unless there is a large number of people.

However, the woman thought that both Maevis and Mile would be attending so she was a little disappointed that the additional income was cut in half.

Mile is strongly recommended but she said she is Main Magician. She has learned physical exercise more than a year and a half during school age but she didn’t have any sword skill basis.
It would be useless to learn for a few more days.

『Well, until Maevis finished her short-term intensive training,
Should we get a request with 3 people or take a vacation slowly…』(Rena)

When Rena said that, the woman interrupted with an advise.

『In that case, there is a magic guide dojo of the person who was a former royal palace magician in the city 2 days travel from here.
How about all three of you train your sorcery there?
You can take a tour, and take on short-term intensive training.』(Woman)

The three raised their voices together. (Sasuga) As expected of party mates.

While Mile asked so, the woman answered.

『There is no direct relationship.
Well, he and my husband are friends when they still worked at the royal palace.
And when we introduced the students, the students who got our letter of introduction had a 5% discount on their course fee and 15% of the course fee will be our』(Woman)