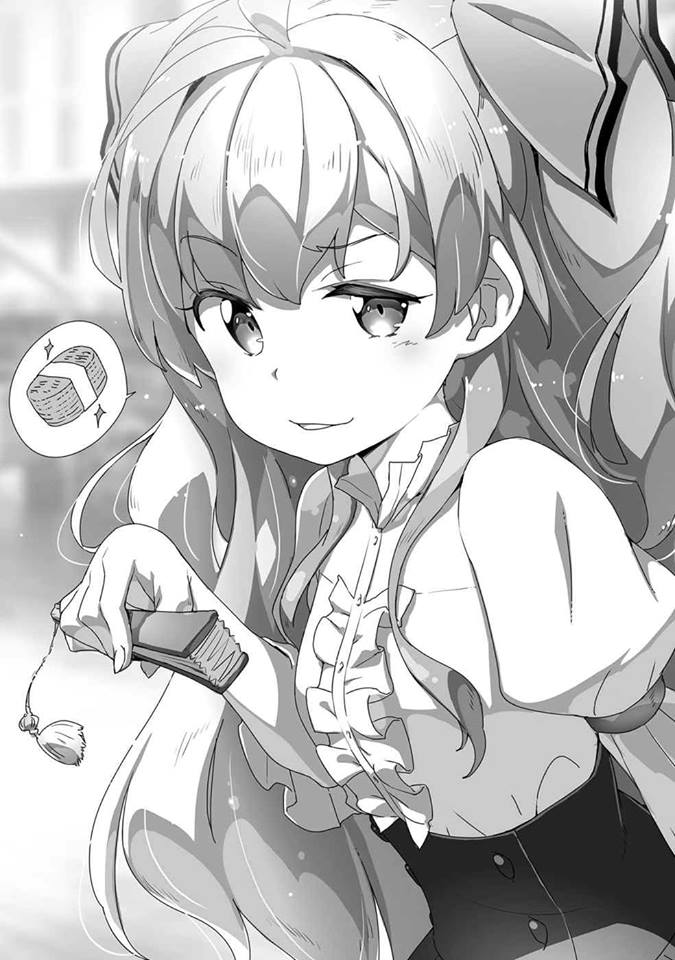 Cathia’s Arc: 14 Chapters (This Arc and next Arc)

You don’t need to feel back, those chapters are kinda bored because they are just “Filling” chapters which FUNA sensei used to buy time to think of the next plot. After that, it will be amazing ARCs again highlight to read (wonder three). But that will be the next year, 2020 Q1 (March 31st) after I add 40 more Mile chapters

It’s Arge’s turn now because she has 30 chapters left.

For Taru and Mira, I think I will release a bunch of 5 chapters at the same time in December. The chapter is kinda long and might take about 3 days for each chapter. 1 month for 10 chapters is perfect. I will try to translate it a little faster to save time for other series.

Same goes for Cathia, I will release a whole 14 chapters when we reach her turn. I don’t like “cliff-hanger” after all.

But maybe we can’t reach the deadline after all. In that case, I will carry it over to 2020 Q1 (March 31st) plus the new stock.

“Mithril’s Roar” and “Red Oath” came to the material dismantling’s warehouse behind the Hunter Guild branch.

When Glen shouted so loudly, a grumpy man who was currently working came.

The staff can’t help but saying that. Because everyone is empty-handed except for their equipment…

Small items are handled at the purchase window and the hunters bring them directly there.

The purchase window only can’t handle big material such as a whole Orc or a deer, etc.

Or more like, there’s no way to carry the whole Orc and deer through the entrance of the main building of the Guild Branch, which is narrow and stepped. Also, Hunters aren’t allowed to use a cart there.

But you can carry it to the material dismantling counter which is further in the back of the guild.

Maybe, the entrance of the main building was purposely made so to avoid anyone carrying such prey to the purchase window.

Because everyone in this world chooses the shortest way…

『Ah, my bad, my bad. This girl has “Storage”. Her capacity is stupid (enormous). We want to sell a big monster in it』(Glen)

Now that everyone thinks about it, Mile had yet to show off her storage to the guild since she came here.

Glen knew because he had heard rumors at the Guild branch of the Tyrus kingdom, but the hunters and guild staff here didn’t know yet. So it’s no wonder that the dismantling personnel said so.

And he also doesn’t know that Glen is an A rank party. If he knew it, he might have been more polite with just the title alone

But Glen doesn’t care much about that.

『Ah, I’m sorry…
But you are amazing.
To think a hunter possesses the “storage” which can hold a whole monster.
You will certainly reach at least B rank in the future』(Material Staff)

Yes, the hunter’s achievement is not only about “combat system” such as monster subjugation and escort. If the hunters can use large-capacity storage, they can handle various requests easily. Therefore, there are also B-rank hunters as an “expert in a special request, not a battle system”.

Of course, even if his fighting ability is low, there’s still a flood of solicitations from B-rank and A-rank parties with the promise that “other people will protect you“. Depending on its capacity.

『…a little too narrow… Can I put it out towards the back?』(Mile)

Because the space instructed by the Material Staff was a little narrow, Mile asked to put it out behind that having a lot of space available.

Although the place he showed was also large enough, he felt a little doubt about a loli (minor girl) who wanted a different place. But there should be a reason why this storage holder asked so. Like the prey was still cover in blood when she put it, she doesn’t want the blood to scatter, or because prey was covered in blood, it had already rotten and leaked bad odors.

He thought so and accepted Mile’s suggest without thinking too much.

The dismantling clerk angrily yelled so.

Actually, they didn’t do anything wrong, so, there’s nothing to apologize.

But the girls thought they should read the air and apologized honestly.

“Red Oath” could understand that much.

Well, “Mithril’s Roar” is an A-rank party, they don’t want to bow down to the dismantling staff. So it’s okay for the C-rank, who are still novices, to apologize.

…But this is a “debt”, so Pauline tells with her eyes.

『No, well. You aren’t bad, but…
However, in this world, there’s a thing called “common sense”.
It’s “common sense”, you know?
Even though it’s…!』(Material Staff)

However, because of that, the dismantling site’s function is currently stopped.

No, even if they are in their normal condition when they get such a rare monster like a Dragon Species body, they still prioritize it over other works.

The dismantling staff listens to both parties’ introductions by Rena and Glen, he is surprised with his eyes wide-opened.

『I thought all of you are in the same party. To think there was a big gap, A-rank and C-rank party…
So, isn’t the storage loli (young girl) in the A-rank party?』(Material Staff)

The dismantling man staff listens to Mile’s reply and looks at Glen.

Maybe, he wants to say something like “What have you been doing?“.

The relationship between everyone shouldn’t be so bad because they have done the joint request together.

And then, the women party gets the golden goose loli (young girl), no, diamond goose loli. Why didn’t they recruit, absorb or merge? That’s an option for a party leader with common-sense.

Glen, who understood exactly what the old man’s gaze meant, whispered the answer.

In response to Glen’s reply, the old man had somehow understood the situation, apologized honestly.

『Anyway, I can’t pay money today. We must work all night to check the condition of the skin, size, quality of each material, etc. it might take a few days for us to pay the money.
We have to call out to the merchants and collect the money in advance, we don’t have that much available』(Material Staff)

Certainly, there shouldn’t be enough gold coins in the guild safe to always buy dragon species. So it can’t be helped.

『I understood. We will visit the receptionist several times, so if you have anything to tell, ask them to relay the message』(Glen)

Glen said so, and as everyone left the dismantling ground. Everyone heard from behind, “Take the Guild Master here! Why don’t you tell us in advance? A-rank party from another country and a cute loli (young girl) with ridiculous storage!?“, something like screaming and yelling.

Then, “Mithril’s Roar” and “Red Oath” broke up in front of the guild branch and headed to their inn.

The share of the reward and the gain on the sale of the material is 50/50, it has been decided.

From a number of people ratio, “Mithril’s Roar” should get more percentage of it. But achievements in battle aside, it’s impossible to bring back such a Dragon with only a few hunters without Mile’s storage. It was impossible to obtain a huge amount of material revenue. After a lot of arguing, they settled on such a result.

As soon as Pauline heard from Glen the approximate expected price of the material sale, she was silent without complaining. Smiling with a spooky smile…

“Mithril’s Roar” was watching the back of “Red Oath” walking away, fell on their knees.

『We are already in a “Thank-giving trip”, but they’re in the first “training trip” as a new hunter party…』(1 member)

Even though they are still in the middle of the trip, the morale of the party has dropped to the bottom.

『It’s okay. We are not weak, they are abnormal. So don’t worry.
Rejoice. Say it again!』(Glen)

A weak voice responds to Glen. Only one.

『『Well, we are not weak, they are abnormal …』』(2 members)

Although it is one of Glen’s work as a party leader, maintaining party morale was quite difficult …

In case someone forgets, the updated date has changed from Monday to Wednesday