After troublesome rituals and reminders, vowing to His Majesty the King, and then vowing to the third princess, who they serve directly,
At last, Marcela’s Trio could take a breath in their room.

Originally these are the room of the maids,
Three rooms have been set aside for the new female Royal guard squad, three rooms are given for three groups of three.
Because they are the princess’ escorts, they gave the Royal Guard a place near the room of Her Highness, the maids were moved to a slightly distant room.

The servants did not complain and probably didn’t dare to complain, for the security of Her Highness.

Today is a break and free time, and basic education and training will begin tomorrow.

And Marcela’s trio knew this word.
They heard from Adel, their best friend, and Monica wrote it diligently in “Adel Dictionary”

“The plan isn’t decided, until a decision”

And again, it is not in the official “plan”.
However, for Marcella’s Trio, the knocking sound that was “as planned.”

After a brief meeting, Morena, her Highness the Third Princess concluded.

Morena, who used to talk to Marcela and others with a relaxed face, tightened her expression and told everyone in a firm tone.

「Well then. I hereby give order to my exclusive female Squadron 1st Squad 3rd Group, alias “Special search squad”
In the name of the third princess Morena, I order.
The search for Adel von Askham, the current head of the Viscount Askham who has disappeared,
And brought her back to her home country, the Brandel Kingdom.
Go forth, swear your allegiance to me, My swords
Special search squad, code name, “Wonder Three”!」(Morena)

Then, after Morena left the room, Marcela’s Trio took off their Royal Guard’s uniforms and lined them up on the bed as they did at school.
This way, the maid will later wash and put it into a closet.

They changed into plain clothes from the school and equipped their weapons.

They also put the sword standing in the corner of the room.
There’s no way they could bring such heavy and hard to use things.
All three can’t use swords properly, and from now on, their first priority is to protect themselves.
This is just useless luggage.

They only equip with what Morena bought for them on the squad budget,
Only one staff and one dagger for each of the three.

The dagger is used as a spare weapon
And because it’s a convenient thing that can be used as a knife when they go through the forest or as a kitchen knife when cooking,
They put it on their waist.

Of course, the magician is vulnerable to sudden strikes and close combat,
It also has the meaning of “alternative protect charm” so that no one tries to pick a fight with them.
If they have a dagger that can come out quickly anytime, some of the villains may hesitate to attack because they can fight back.

And the staff is, of course, the basic equipment as a hunter’s magician.

A weapon that focuses on casting spells, doesn’t cost too much of the brain’s resources, also strikes and drives away enemies from close range.

Also, it’s something that even young and weak girls can equip,
And when it doesn’t seem to cause a fatal injury with just one blow, their opponent might not be on guard.
It’s like getting the goddess of victory in battle, it’s effective enough to fight the enemy.

And then Marcela declared that everything was ready, wearing a bag and a water bottle.

It is a hunter-type shout.
It is natural.
Because they are hunters.

……“Royal Guard 3rd Group” is a noble name, that is, only a nominal one, and has been practically closed for a while.

Just half a day. It was a short soldier employment time.

And a few hours later.

The three have already left the Imperial City and have been walking on the streets relying on the stars.
They continue to walk all night and will rest a little earlier tomorrow.

That’s why they slept a lot last night.

It will take quite a few days before Marcela and Monica’s families, who delighted by the strong connection with the royal palace, begin to be suspicious that their daughter doesn’t appear at home at any time.
It is widely known to the private sector that the Royal Guard’s new education is difficult.

And Oriana’s family wouldn’t wonder anything if their daughter didn’t return home for a year or so. (Working for the country to repay the scholarship)

The guild has been told that Marcela’s Trio will be working for the Royal Palace after graduating from school.
Normally the hunter will retire at that point,
Marcela’s Trio will remain as hunters,
Sometimes work to the extent that their registration won’t expire,
They were delighted with that because they were successful in maintaining their hunter status.

They didn’t allow themselves to lose their hunter status, so they planned it carefully.

And, as a party member of “Wonder Three”, another person was additionally registered.

A newcomer who has just registered as a hunter, F-rank hunter “Moren”.

This will allow Morena to check the balance of her guild deposit in Wonder Three and, if the balance is running low, make a deposit at the Royal City branch.
In addition, it’s also possible to receive a “guild mail contact” from the guild branch at the counter.
Hunter registration isn’t a problem if she registers with a “new name” instead of a pseudonym… She just forgot to write the last spelling of her name.
And the rule, “Don’t look into the hunter’s past” keeps no one out.
Even if that person is, apparently, her Highness the Third Princess…

Basically, the Marseras intended to make their own living expenses during the trip.
The reason for withdrawing money at the guild branch other than the home base is that it requires a lot of trouble and time. (You can deposit and withdraw new deposits at that branch at any time unless you remit to your home guild.)

However, with this, they have a sense of security that financial support will be available in the unlikely event.
No one knows when they will be seriously injured, or when they get sick, or when they fall into the hands of the bandits on your travels.

And on departure, the three had settled the money they earned while at school.

Guild work that they were taking for their training and rank up,
Since they only escorted senior aristocrats and rich children, they have a considerable amount of party assets, which was divided into three equal parts.

Marcela puts it in a hunter guild account in her personal name.
Monica has an account with a commercial guild.
Oriana remitted the entire amount, sending it to her countryside family,

The empty party account was credited only with reserves paid by Morena.

During the journey, all income and expenses will be covered by this party account.
For personal use, the same amount will be paid at the same time for three people.
Whenever someone needs money, give everyone the same amount.

Every week, Marcella and Monica get paid to their hunter and commercial guild personal accounts as guards.
Oriana is remitted to her rural family.
She can rest assured that she already fulfills the obligations to her family.

If they fall down and cannot return, their families will receive plenty of condolences and Martyr services, and Oriana’s scholarship obligations will cease at that point.
And they don’t need to worry, their family will be honored as a “Martyr of loyalty, dedicated to the life of Her Highness.”
If they can save honor and money, their family will be convinced.

The night is still long.
Even after dawn, they were supposed to keep going until afternoon.

After that, get in a place early.
They have been waiting for one year and eight months. They finally arrived on this day.

Together with their best friend, Adel, on an adventure journey.

Their heart and body excitement was unlikely to subside after half a day or so.

In a bed, one girl bites on sheets and regrets.

「Not fair, everyone has it good.
They are on a fun journey…
After this, I will need to reveal all of this plan to otou-sama, okaa-sama, nii-sama and Vince, ministers and Royal Guard Squad,
Those who helped to put Marcela’s Trio into the female royal guard squad,
I will be scolded by many people!
They will forbid me to go out, cutting on my spending money and increase my studying time!
I can’t play anymore!
It’s a poor lottery!
It’s unreasonable!!」(Morena)

However, she knew everything and got on the story of Marcela, so she couldn’t complain.

Marcela and Adel, Morena has the ambitions to make one or both of them her sister-in-law, the dangerous bridge.

For now, she can only wait for the results.

Believing so, the third princess Morena spent a peaceful half-day until everything was revealed.

Never mind that Marcela’s Trio was planning such a betrayal… 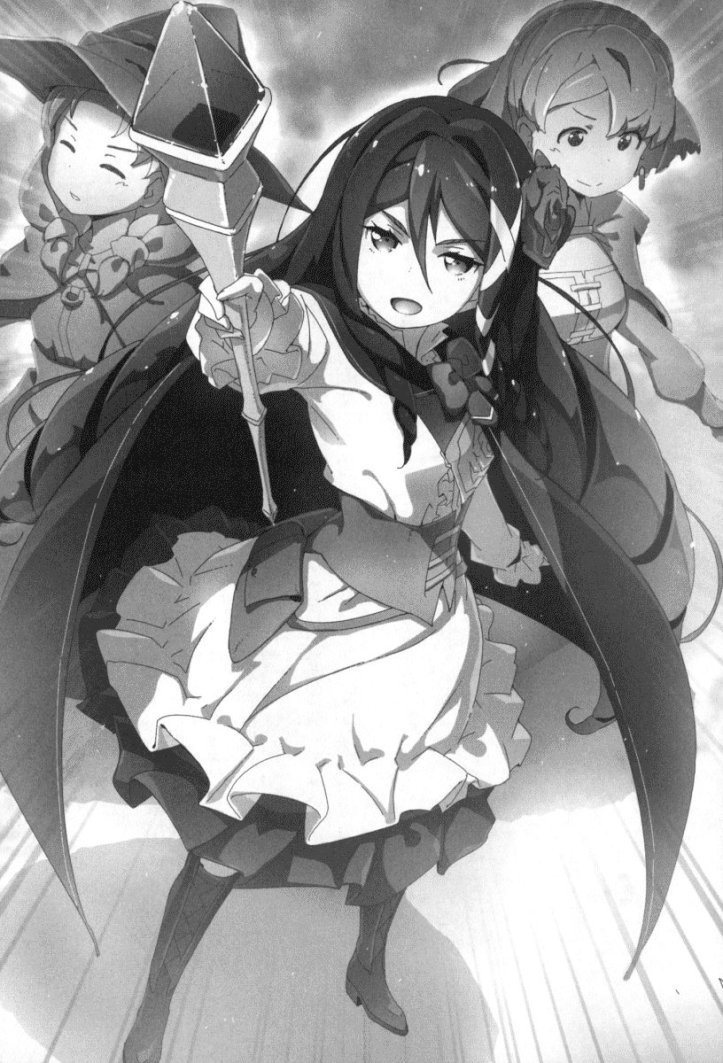