Cathia: Will release in batch (Promise to worth the wait)

Taru: Will release in batch (Promise to worth the wait)

Arge: series ends after 63 chapters / c270. Will release in batch (Promise to worth the wait)

「We will gladly accept it for children!」(Mile)

「Because of “that”, you couldn’t enjoy it enough…」(Pauline?)

(T.N: the last 2 dialogs don’t have Subject or Object, so I don’t know who are talking)

Rena’s Trio expected Mile to behave just like this.

But they have no objections.
So, the girls ended up taking the request.

「Well, from the contents, it doesn’t seem to have a great achievement point, so it’s okay to do it as a “free request” that does not pass through the guild.
However, the fee must be paid in advance.」(Rena)

Normally, the advance payment is at most half the price,
But Rena requires full payment in advance.

However, because he is the one who forcefully makes this request himself and “Red Oath” is his lifesaver and trustful people,
The merchant acknowledged and the contract was signed.

「Mile, do you have enough food in storage?
You might need to make additionally…」(Rena?)

As the girls left Vebdel Firm, “Red Oath” began to talk about such things, the leader of “Blue Gale” has been waiting for them just outside…

「Eh? Do you still need something?」(Maevis)

The hunters have already given their testimonies for this case,
After that, they have separated from each other with a little information exchange and small talk.
Now, why did the female party leader want to talk with Red Oath alone?

「Excuse me. I have something I want to ask you…」(Female Hunter)

Then the party leader talks to Maevis.

「Thank you very much this time.
You’ve saved us from something we might have regretted for a lifetime.
I’m really grateful for that……」(Female Hunter)

And Maevis hurriedly stops the leader bowing her head to a newbie who is much younger than herself.

「And actually, apart from saying thank you, I want to ask you something…
At that time, if you get the same instruction like from our client.
In that case, what would you do?
I really want to hear that …」(Female Hunter)

Maevis was immediately asked without hesitation.

「Of course, we would protect our client who hired us.
Because that was the request and the terms of the contract」(Maevis)

The Blue Gale leader felt relieved as she heard that… then…

「Yes, I will leave Rena and Pauline as our client’s direct guards, and they will cast magic from that position like a fixed turret, while I and Mile rush into the bandits.
Because we, our client and the enemy are in a straight line. The bandits won’t be able to hurt our client.
That’s exactly what he asked, “Protect only our client”」(Maevis)

The leader had a dumbfounded face.

「Then we kill the enemy instantly.
The client won’t be injured, not even lose one hair.
If he complained about this, the guild will file a lawsuit against (sue) him」(Maevis)

Maevis smiled innocently as she said that.

If you think about it, that’s exactly what Red Oath did at that time.

Instead of exaggerating what she can’t do, she just said what they could actually do.
With a very natural face.

Although she lost for words,
She still isn’t convinced just to hear such a reply.

「Then, what if there were 50 enemies!」(Female Hunter)

「Rena and Pauline stayed with the client as direct guards,
From that position as a fixed turret, keep firing magic attack,
I and Mile rush into the enemies」(Maevis)

「………Sorry for the trouble」(Female Hunter)

Oh, these answers aren’t helpful at all.

The enlightened leader shrugged her shoulders and returned home.

「Hooray (yay)!
She spoke to me, not Rena,
I was able to say something like a leader and give advice!
Isn’t it cool?」(Maevis)

And before noon the next day.

A meal party was being held in the courtyard of Vebdel Firm.

Because it was right after “that”, Vebdel worried about the children being afraid,
As a matter of fact, he decided not to go outside the capital but to use the courtyard of the firm instead.
The scenery isn’t as good but there is no problem because there is a reasonable size.

The participants this time, besides the children of both families, Vebdel couple, Gareidal’s wife, and “Red Oath”, there are three cooks, ordinary servants aren’t participating.
All dishes are provided by Red Oath, and there are no dishes by the merchant’s family.

Speaking of which, the chefs seemed to be depressed when they saw the untouched food brought back yesterday.
It seems that adults comforted the cooks, telling it’s because the incident occurred before the meal proceeded, but the children are cruel.
It seems they talked (broad) about the delicious food they ate…

Yes, the three chefs who participated this time took a close look at Mile’s cooking
They participate to learn how to make these foods.

Mile was also requested by the client to provide a recipe but Mile didn’t record how to cook the dishes and it was troublesome to write it down.
So, she replied “Let them see and try to remember it on their own”

In the first place, the conditions of cooking are different every time.
Especially in this world, “high heat” and “low heat” are completely different depending on the size and performance of the furnace, the condition of firewood, and the subjectivity of the cook.
Therefore, it cannot be quantitatively represented by letters or numbers.

In addition, Mile herself thought before, “If the delicious recipe spreads and develops, it may be possible for people to eat it someday.”
Although she was willing to providing free recipes,
But just before, she tried cooking using raw eggs…
Well, like Mayonnaise,

But when she made it, Pauline said, “Unlike Mile who can store, progress it magically with special storage magic at the time of cooking, if any average person imitates this, they will get sick (stomach-ache)”

Mile was forbidden to spread the recipe.

So, recipes are out because it’s something she wrote, but she doesn’t have to worry for something the chefs “Watch and learn by themselves at their own risk”

Although the dinner party already began, the older children enjoyed delicious food for the time being but they didn’t feel so happy because they understood the situation.

However, as they watched the little children, who knew nothing, the smiles began to appear on their faces as they wanted to make their last moment with a friend should be a pleasant memory.

And Mile understands that the dishes she cooked plays a role, not just to fill the stomach but to bring the smile and happiness to the children. 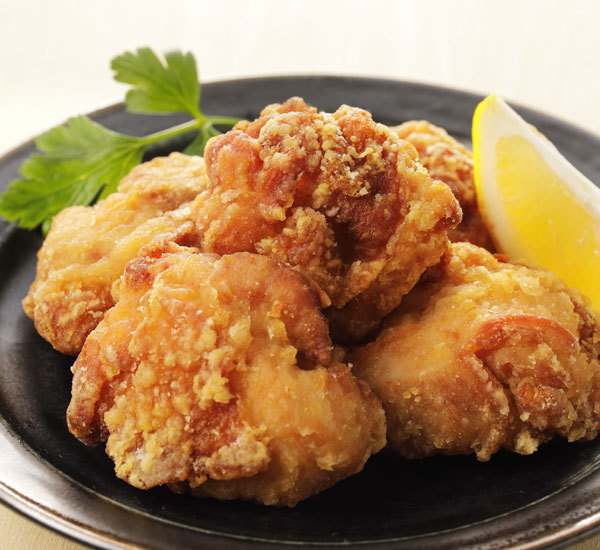 「Leave it to me!
Everyone, I’ll make Karaage now!
Ah, Vebdel-san and the cooks, please look closely and learn how to make it!」(Mile)

And Mile started to make Karaage while explaining how to make it.

Mile to take out the meat from the item box.

Mile threw meat into the air and cut with a kitchen knife, then caught the cut meat pieces on a plate.

「Put the secret sauce from my parents’ house, apply pressure with magic and let it soak into the meat」(Mile)

Sprinkle the liquid in the bottle and uses spell with no chanting.

「Then wrap it in shield magic and let it dance in the air with 180 degrees hot wind magic for 12 minutes 30 seconds!
Waiting will be boring, so everyone can have what I have prepared in advance …」(Mile)

As she said that, Mile took out the plate with the freshly cooked Karaage from the item box.

A substitute of what she is making now which was put in the item box.

Lifted up (praised) by the children
Mile’s face is melting and has become a serious problem.

「Just where did the sad face of the older children just before go?」(Maevis)

And they were three cooks standing astounded with the eyes of a dead fish, trying to master by looking at Mile’s dish…