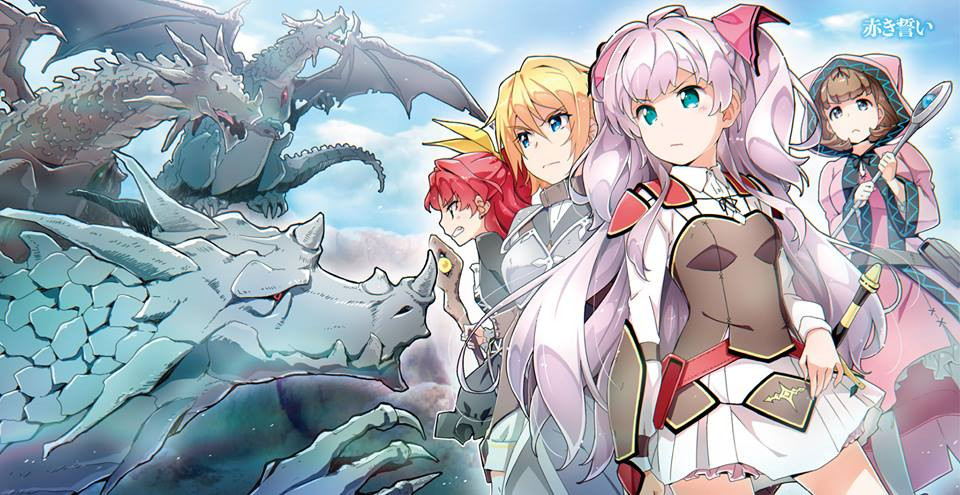 After the Ancient Dragon Keragon left and the demi-humans decided to withdraw in groups tonight. Mile called the scavengers to create a mobile full-scale model of an Ancient Dragon.

If humans dared to come for reconnaissance, the scavengers would bring it out to move around with the addition of an acoustic device that makes the cry of an Ancient Dragon to simulate a Dragon Breath attack. Mile had basically instructed them to do deception work. It should be fine for the time being.

Moreover, the top brass of the Empire will be sent in a panic over this matter, and for a while they won’t consider invading other nations. Of course, even if they are in a mess, they can’t do anything in the end. Without knowing the intention of the Ancient Dragon, they can only wonder. …There’s no way they could come here forcefully or ask the Ancient Dragons to leave. As a safety masure, Mile also asked Keragon to come here once in a while as an after-sales service. When he comes here, he doesn’t have to do anything, just to establish a track record that an Ancient dragon frequents here and show it to people. For Ancient Dragons, their village isn’t so far from here plus with their flying speed, it was just like a Japanese living in the city going shopping at a nearby convenience store. To make the Model trick believable, he just needs to come here once a month.

All the work here in this place is finish. … No, would it be all the work in this country? Originally, the girls intended to return to their own country after this. However, they were still going to the ocean to purchase marine products as they originally planned, before going north along the coastal route and returning. Then, they said goodbye, thanked them for their work, and returned with the merchants as Red Oath.

「Thank you for all your help this time」(Merchant)

Since nothing eventful happened after that, the merchant team is back in the Royal Capital of Tyrus Kingdom. The merchants thanked the girls for the products in the item box, the cost of the ingredients for the meals, etc., and gave them a considerable bonus for it. Thus, the Red Oath received A evaluation on the request achievement certificate. …Well, there was no other rating higher than A… The reward for the escort request itself will be received from the guild, not the merchants, in exchange for the request achievement certificate. This time, the amount of money the girls received from the merchants was much higher than the reward for the request, but of course they couldn’t say that out loud. In fact, the Red Oath cared more about the results.

Murmuring that, Pauline smiled happily. Yes, Pauline took advantage of Mile’s request to Keragon to ask for some dragon materials. …She wanted to have some scales and claws. Keragon had an unbelievable face but he didn’t have the courage to refuse. Reluctantly, he gave up several scales and claws. It was painful to peel off the scales when he was not molting. And, even though he pleaded for them to not remove his claws, Pauline compromised by cutting off only a part. For scales, Pauline used healing magic after peeling it off, and the Claws would grow over time. Mile felt sorry for Keragon for his claws on the hind legs to be cut rawly. So, she cut the nails with a cool design and put decorative markings on the surface. Somehow, it seems that he suddenly recovered his energy and was trying to decide a pose. …Apparently, he liked it. Mile had a good sense of art when she was Misato. Plus with  sword with excellent sharpness made by nanomachines, it would be easy to do that much work. It’s no good to climb on the Ancient Dragon Claws to carve a dragon. Also, she didn’t put a picture of an Ogre or Manticore. It’s the same as a strong character with a mouse tattoo. It doesn’t suit the Ancient Dragon, who was praised to be the strongest being. Therefore, Mile didn’t carve a picture of creatures, demons, or even gods, but a cool pattern. As for the Claws cut for Pauline, it was carved, sharpened to make a sword or knife. And one claw, which had become a little thin, was made into a weapon that had a sharp, vicious, and intimidating feeling. As she worked, Mile was getting more and more fun, when Keragon asked, she told him that “Each Ancient Dragon should have a symbol mark to represent themselves”. Keragon symbol mark was inverted and engraved on one of the claws on the forelimb.

「Now your mark will be imprinted on the head of any people who see it and they will never forget your strength and dread. …Unless you did it too hard to the point that killed your opponent and made it a waste. And when you visit Demi or human village, you may want to press your symbol against the mud wall or the big tree and leave your name for centuries…」(Mile)

Heard Mile’s words, Keragon was so excited. After thanking her many times, he promised to carry out Mile’s request. And, Mile told Keragon that putting the mark without killing people to engrave the fear and dread. But in fact, she wanted to reduce the chance of Keragon killing people pointlessly.

「Fufufu, with all these Claws, I can make several short swords and knives! I’ve never heard of swords or knives made from Ancient Dragon Claws. In the end, how much is the price…」(Pauline)

Certainly, aside from the scales at the time of molting. Occasionally there are Ancient dragons who give it as a token of appreciation or apology. The story of peeling off their own Claws and giving it to humans. Nobody has heard of it. Unless you expose the Ancient Dragons’ graveyards, you’re unlikely to get one. But if you do that, let alone the criminal himself, the country to which the person belongs will disappear.

「Certainly, when peeled off from the Ancient Dragon, the durability of the scale falls because it is out of the range of magical power (Nanomachines) attached to the Ancient Dragon body, Still, it’s very sturdy for its lightweight. But there won’t be anyone who use it as a practical product in the first place. They would surely store it as a national treasure in the treasure house of the royal palace or used for festivals in the temple.」(Maevis)

「Well, idiots who use such things in battle is abnormal in the first place. It’s like using a pure gold sword」(Rena)

Just like Maevis and Rena say. A sword made of pure gold is expensive, heavy, and too soft. It will not break because it’s soft, but it is not enough for practical use as a sword. The ancient dragon’s claws aren’t that bad, they might be somewhat usable, but no one would ever use such an expensive weapon for everyday use. However, such things won’t reduce the value of “Ancient dragon Claws” Swords and Knives”. On the contrary, it’s just that it’s too expensive to be used as a commercial product.

「But it would be better to sell it in a country other than the Empire. That country is too historically afraid of the Ancient Dragon. So what happens if you show such a thing …」(Mile)

Rena’s trio nodded to Mile. And the ancient dragon’s claw-made swords and knives were kept for a while without being sold. The production will be made by Mile in her spare time. …Bringing something like this to a blacksmith would be a problem, and it would be a problem for a blacksmith because it’s not metal.

A letter was handed to the girls by the receptionist at the Guild Branch.

「The sender is… Hey, what is this hellish emblem…」(Rena)

Only aristocrats or royals using the Coat of Arms for the name of the letter’s sender. Maevis, who knows a lot about this, looked into the letter in Rena’s hand …

「No, this is not an Aristocratic or Royal coat of arms. It didn’t take the form of a coat of arms, It doesn’t follow the rules …」(Maevis)

「Or rather, I remember seeing it somewhere …」(Pauline)

Following Maevis, Pauline is also tilting her head pondering. And Mile, after thinking for a while …

Yes, that was the “Keragon Symbol” that Mile carved on Keragon’s Claws. Of course, the sizes are completely different, He didn’t press it into the letter but just drew the same thing …

「Why didn’t you recognize your own carved mark?」(Rena)

*Ahaha* Mile has a bitter smile.

「However, I wondered if he picked up the quill pen with that big hand and drew it. It’s pretty dexterous …」(Mile)

「It must have been drew by the Demi or something! Hey, who cares about that! The question is, what is written inside!!」(Rena)

Mile’s Trio nodded to Rena. When they noticed it, not only the receptionist who handed them the letter, but other guild staff and hunters were also listening.

And “Red Oath” left the guild in a hurry.

In the early days, there is a possibility that there will be early sale after 12th (Friday)! I Added 30 pages for the whole volume. Of course, apart from that, a newly written short story is also included! First edition bonus SS too! The anime will start airing on TV in October!!

And the main comic by Neko Minto-san will be serialized again in August! Thank you for your supporting! (^^) /

While waiting for the Taru release, please have another Mile chapter like popcorn at the cinema.