After that, the girls who hurriedly returned to the inn opened the letter in their room.

「Yes, to summarize what is written, “Won’t you come to the back of the gymnasium(体育館) for a moment”, like that. 」(Mile)

「What a summary … And what is “gymnasium”…」(Pauline)

(T.N: the word means “gymnasium” but considers the world, it may mean “training ground” instead)

Mile replied to Pauline’s question, but Rena just shrugged her shoulder.
She still didn’t have enough training.
Maevis was used to it, so she took it lightly …

「Anyway, it’s a call from the Ancient Dragons.
If we don’t go there, they will come here from the other side.」(Mile)

It’s an obvious “threat,” but Mile doesn’t seem to notice it.

「It seems that another person wants to see us, Keragon-san seems to be just an intermediary this time」(Mile)

As Mile continued, Rena had a face as if she was terrified.

「It’s not a “bad story”.
If there was no problem, they would not bother to contact us.
All we have to do was written in this letter. We just need to give the signal, the liaison Ancient Dragon will come.
We can meet them at the forest or mountains somewhere near the royal capital with the guidance of the beastkin.
After that, we will meet Ancient Dragon Aniki…」(Mile)

Maevis says so with a bitter smile.

Well, considering what Keragon told the girls at that time, it seems likely to be a person who is higher than rank than Keragon.
It seemed clear that he was trying to meet on a message and wasn’t happy with “Red Oath”.

「If we decline it, it would be a problem if the Ancient Dragon group came to the royal capital …」(Rena)

「If they really come, we can’t deal with it!」(Pauline)

The “Human Dragon War” is a fairy tale, a story that depicts the total war between humans and dragons.
However, it’s a creation to the last. There is no fact or record of such an event in the past.

… By the way, this is a fairy tale that has been around for a long time and has nothing to do with MiAMi SatoDelLe sensei. 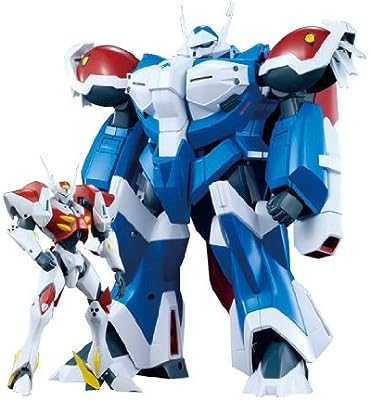 「… So, we are here, in the eastern part of the Alban Empire, near the sea.
Yes, it is near “Ancient Dragon’s Village”!」(Mile)

In a playful way, Mile tells everyone what they already know, and Rena retorted.
As always.

「However, calling us to such a place…」(Pauline)

「For Ancient Dragons, this distance would be close to them.
But they don’t think it’s difficult for others to take time to move.」(Maevis)

Maevis explains to Pauline who is irritated.

「Maybe that’s right.
Well, it would be a problem if they come near the royal capital …」(Mile? Rena?)

That’s why “Red Oath” was the side who moved near the Ancient Dragon village.

「I think that it was around this place.
But there were no location, date, and time specified.
If it’s an Ancient Dragon, he will stand out because he is big.
But the Liaison first contact is probably a devil or a beastkin, so finding him is a bit tricky…」(Rena)

Mile cut off without reading the air while Rena was still talking.

Yes, it was as always. The usual…

The Beastkin seemed to have noticed and approached the girls.

Apparently, he has been waiting here for a few days, and there is a tent nearby.

「「「「 Can’t you think about contact method that you can do by yourself?」」」」(Red Oath)

The girls retorted at the same time.

「Many beastkins can’t use magic, we can’t help it!
Then what?
Should I collect dried branches for ignition, making a bonfire, and raw wood for producing smoke, and wait until the fire is set and the louse smoke is prepared? ‥
Heh?」(Beastkin)

Then, a while after Mile launched three fireballs, the Ancient Dragons flew to this place.

Ancient Dragons land one after another before “Red Oath”.

And 9 of them were divided into three groups: six, two, and one.
The pair of two talked to Mile’s group.

(T.N: space battleship Yamato Abelt Dessler)
Even at such a time, Mile is still operating as usual.

「But we just met recently, Keragon-san…」(Mile)

The other Ancient Dragon from the side adding that.

「If you know we can’t tell you apart, please tell us your name from the start」(Rena)

Beredetes and Keragon look unhappy with Rena’s retort.
…It can’t be helped.

Beredetes and Keragon, after being told by Mile, that they would finally remember their role.

Of course, their role is an intermediary between the new Ancient Dragon and the “Red Oath”.

And Keragon, who is the sender of the call letter, introduced the new members.

『This is our leader, Leiru-sama.
And those six are the elite of the warrior corps.』(Keragon)

Apparently, he didn’t want to touch this subject.

And, as usual, Mile can’t read the air, and Rena’s Trio is like giving up.

Even he is somewhat sad, Keragon is willing to answer Mile’s question.

And then, Mile honestly asked what she was wondering.

「umm, as you’re facing us, is it okay for the bodyguards to not take a defensive position around the person they are supposed to be guarding?」(Mile)

Hearing Mile’s word, Keragon and Beredetes’ faces are distorted in a startled manner.
6 Warriors were stunned.

And then, 8 Ancient Dragon turned their faces toward their leader.

The leader is raging.

After all, he was told that “you were afraid of being attacked by four human girls, so you needed to have other Ancient Dragons protect you.”

He is still naive, “The power of the Ancient Dragon is the best in the world!”
That’s why what Mile said isn’t something this young man can swallow…