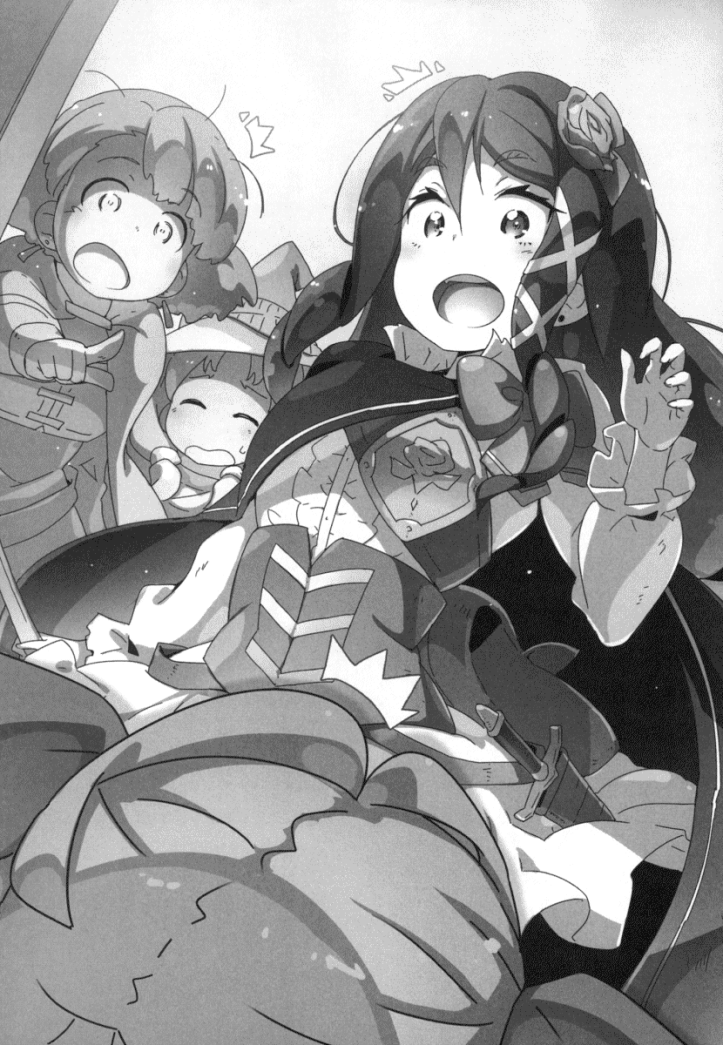 Almost equal to each other.
However, for the goblins, “human female child” may be perfect prey.

The Goblins didn’t coordinate, each of them just attacked in the order in which they ran, without forming formations in the heap.

And Rena also thought the same about Marcella’s Trio who didn’t seem to prepare their magic. Marcella’s Trio, who had only fought by a ranged attack so far, couldn’t move well against the monsters approaching because of fear.

When Rena thought so, she tried to release the attack magic she was holding…

Yes, Marcella isn’t the type of person who relies on their power alone.

And although she could face danger herself, she wasn’t the one who could let her companions face danger.

…If she didn’t prepare magic, there must be a chance of winning.

In case of emergency, Mile could create a lattice barrier and healing magic and manage the situation.

With that in mind, Mile believed in her first friends, Marcella’s Trio.

Rena, who was seized by Mile, together with Pauline and Maevis, who saw it, also stopped their interfere.

And then Marcella’s Trio is…

With their canes in one hand, they were striking the goblins.
And…

Along with the daggers on their other hand, they slashed and pierced the goblins who were frightened. 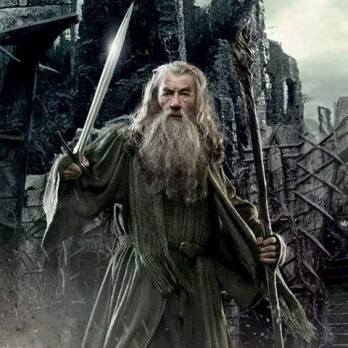 Too invincible.
Too overwhelming, an annihilation battle.

The “Red Oath” including Mile was stunned…

「Eh? Oriana-san is from a rural farmhouse, you know.
She had been helping her family since she was little, she must have the power to look after her younger siblings, wasn’t that right?」(Marcella)

「Yes, when I was 4 or 5 years old, I had started helping with weed-clean-up and other simple jobs. And soon I was forced to do wood-cutting-work, fetch water, and do heavy labor.
By the time I entered school, I had the ability to carry as much as a boy of the same age who grew up in the city or more…」(Oriana)

「Yes, of course, the daughter of a small merchant is just a “non-paid employee” after all.
I must carry so much that my waist could bend, grain bag, another grain bag, more grain bags…
So, how could I weaker than a town-grown little boy who barely uses his physical strength?」(Monika)

Saying so, Monica looks to the distance far away.

「And, I, not as much as Oriana-san and Monica-san,
For the time being, as a valuable noble family’s daughter, I must attend the self-defense training, and it was rather…」(Marcella)

“Why can you fight that much even though you just left school?”
Asked Rena but then she was just silently hearing the replies.

「…But, even though you were training your body by helping your family business, except for you (Marcella), those techniques are…」(Rena)

「No, the school will teach students Close Quarters Combat as well, right?
Even if you can’t use magic, “In the future, you might be useful to a magician as a subordinate or employee or fight against one as an enemy”.
And Ekland Gakuen has the policy for those who attend magic classes,
“In the future, even those who don’t intend to be a vanguard and girls should have undergone Close Quarters Combat training to protect themselves”.
So we decided to participate in a swordsmanship class…」(Marcella)

Rena’s Trio, who has never been to a school like that, had no choice but to be convinced.

They don’t know if that’s the policy only for Ekland School, or all of the “schools” that aristocrats and rich children attend.

Wonder Three responded to Pauline’s question at the same time and “Red Oath” was convinced right away.

It’s a hard truth, so Mile turned her down quietly…

Marcella looked the distance far away while saying so, Monica and Oriana nodded.

「The three of us all received the honor awards.
It’s not just because of our magical grades.
We might have talents and can study but it’s not something that we can get only by having strong magic and martial arts.
The honor award at Ekland Academy is…
No, I’m not proud of it…」(Marcella)

「If you’re not proud of it, the concept of “boasting” doesn’t exist in this world!!」(Rena)

In Red Oath, Rena has a strong desire for approval,
It seemed like Marcella’s words were against her idea.

Rena is stuck for words.

After this, even if they had a close battle against the goblins, no, Orcs and Ogres,
they couldn’t be more successful than Wonder Three.

Except for Maevis, the other two can’t kill Orcs and Ogres with their cane.
The only way to fight is to use magic or rely on Maevis.

… And, aside from Rena and Maevis, perhaps Paulin’s ability to fight without magic is much less than the Wonder Three.

With that, her plan “These kids don’t have abilities for close combat, they are powerless when being surprised and have no time to chant which will hold Mile back like extra luggage” failed.

Then, Paulin noticed the line of sight of Rena looking at her and suddenly leaked her voice.

Pauline isn’t an idiot.
On the contrary, she is probably the smartest of the Red Oath, except for Mile when she’s clear.
Pauline could understand the meaning of Rena’s gaze.

At the last time, Pauline had been scolded by Rena for not being active, but she knew it was just a joke.
But this time, Rena rushed turning away.

No matter how much you can support as a rearguard, you should have Close Quarters Combat’s ability to protect yourself and protect the back of the Vanguard in an emergency.

In fact, Pauline’s bone was broken in the fight against the female magician Olga from “Mythril Roar” at the time of the graduation examination.
Litoria, magician Raselina, and archer Tasia of “Goddess’ servants” also joined in for Close Quarters Combat.
Litoria and Raselina are both younger than Pauline.
As for Litoria, she just became a hunter rank D.