After all, after that, the “Red Oath” hunted normally without showing their Close Quarters Combat.

They didn’t encounter any suitable Goblin horde, Kobold horde, Orc horde nor Ogre hordes.
Anyway if they fight without magic, it will be hard for Rena and Pauline, who only used canes in melee combat.
Except for Maevis, on-one thinks that they could have better Close Quarters Combat skill than Wonder Three, so they stopped trying to force melee combat.

Regarding the transportation of prey, it was decided that Mile would store everything as “exclusion” for the rule “Mile’s exclusion from this hunt”.
If they didn’t bring back their prey, it would be a pity/waste for the fallen prey and Pauline wouldn’t allow it.

Tomorrow, they plan to go home after eating breakfast.
And arrive at the royal capital in the afternoon.

Of course, it takes a longer time than when they come, because six people other than Mile must carry sandbags as a weight substitute for prey.

With the direction of the commander (Mile)…

Red Oath and Wonder Three are eating their own food, but they are in the same place, sitting together around a bonfire.

They aren’t hostile or friendly to each other but they also don’t take distance.
If they do that, Mile won’t know where to sit.

Everyone could easily guess that she would stand alone in the middle (average point) of both parties, so both parties didn’t do that.

Still, even two parties are close to Mile they have only met each other once before. And Rena’s Trio was silently watching, so Mile could talk slowly with Wonder Three.  In other words, it is not much different from the first meeting.

There weren’t many common topics other than the activities as a hunter, and the story as a hunter was difficult to talk about because of the competition now.

And it’s the role of Mile, who is a mutual friend of both parties, to raise the conversation by giving both parties a safe topic.

Mile couldn’t use such an advanced support technique.
Too much difficulty…

Ordinarily, both Marcella’s Trio and Rena’s Trio should have been able to take proper measures.

However, because of this case,
Both of them have the attitude that they are intimidating or restraining, or they are trying to find out how the other party is thinking.

It wasn’t an atmosphere of being angry or having a good time chatting.

In addition, since this Joint Request hasn’t yet ended, it’s still forbidden for Mile to give advice on how to work as a hunter, how to fight, and magic-related advice.
This makes it’s impossible for Miles to act as a hostess.
It would still be difficult even without such restrictions…

Despite they were jealous of each other,
For the time being, both parties are in the position of “friends of Mile(Adel)”,
Furthermore, they are the same novice parties of only young maidens (although “Red Oath” recently graduated from “Novice”).
After a while, they started talking to each other and Mile felt relieved…

They finished the meal the next morning and immediately returned home.
6 people other than Mile must carry large luggage (sandbags simulating prey meat) so they don’t eat full.

Even it was only a sandbag, Marcella carried out to the limit due to poorness,
Seeing that, Rena, carrying the same amount of sandbags, wobbled in agony. 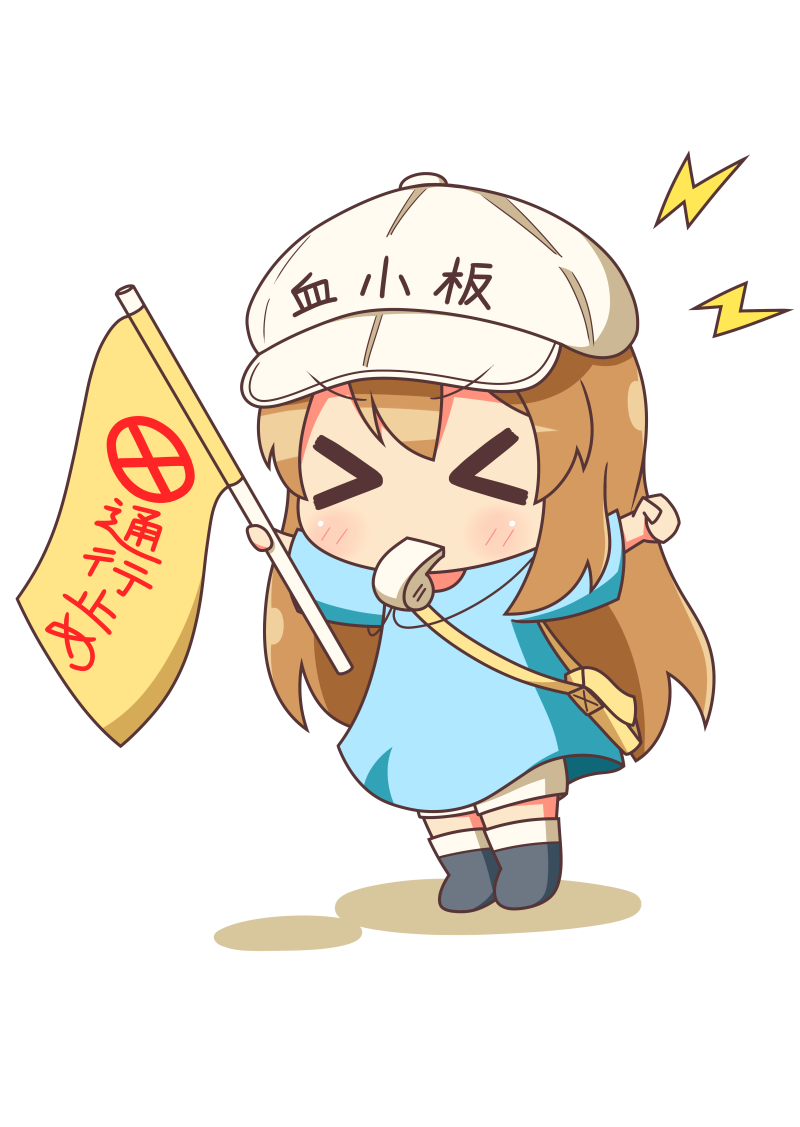 「Pi~i! (Whistle SFX)
Rena-san and Marcella-san, Pi~i!
If you carry that much, you will be attacked by monsters and bandits without being able to fight back!
And if you do that, you won’t be able to tomorrow and a few more days after that with muscle aches.」(Mile)

As might be expected, Mile couldn’t keep quiet about this.
Perhaps she thought that she didn’t favor anyone because it was a common mistake for both parties.

Perhaps they understand their mistakes, Rena and Marcella reduce the number of sandbags so that they can carry.
And Mile stored the extra sandbag.

Even if it’s just a sandbag, they won’t throw it away because it takes time to prepare a bag, go to the place where there is sand, stuff it, and sew it together.
It may also be useful someday…

And then, the group finally returned to the inn.

「Aside from walking, I don’t usually carry such heavy things……」(Oriana)

In front of Marcella’s Trio, Red Oath doesn’t say such words,
Unlike Rena’s Trio, Marcella mutters such words with ease, then Monica and Oriana agree.

Yes, Wonder Three doesn’t accept requests to carry heavy items except when performing Orc hunting in collaboration with other parties for practice.
They are mainly dedicated to escort requests, collection of expensive medicinal plants and rare materials, subjugation requests for monsters that can’t get many materials that can be sold, etc.

Requests that require to bring material back was out of scope from the beginning, unless for some reason.

And since they decided “We are the party with that style”, even if that might be counted as a “little weakness that can’t be overcome by effort”, they didn’t really care.

There won’t no problem because they don’t receive such a request, they only need to receive the request that they are good at.

In the first place, most of the hunter’s life for one year and eight months at the school received only “specific jobs”. It can’t be helped to have unbalanced requests/orders.

Red Oath was eager to show that they were the perfect companions for Mile.

However, for Wonder Three, Mile (Adele) can also select friends.
Furthermore, thinking that it’s impossible for Mile to consider her friends “superior or inferior by strength”, etc…
No, they didn’t mind that because I knew it.

Marcella agreed to Rena’s proposal for a constant Joint Request just because “They couldn’t convince with just talk without seeing each other’s abilities.”

But it was never the competition to decide “which side is stronger, which in turn determines which party Miles will join”.

Rena’s Trio insists on wanting to know the strength of Wonder Three, so Marcella just accepted it.

Marcella’s Trio didn’t think they were better than Red Oath.

They almost specialized in the same role and as students, they could only take escort requests on rest days and using the rest of the time to study.
…And they have almost never been attacked.

The fact that they were “attacked” just a few times was just a matter of accidental pick-pocket or stupid low-ranking hunters, not the assassins, bandits, or aristocratic private soldiers.
So, they have little experience in interpersonal combat.

…Well, they think they could have a good fight with “a little special magic”, but…

They arrived at the inn around the time of the 2nd noon-bell (3:00 pm), so everyone decided not to eat lunch but eat dinner gathered in Wonder Three’s room and sat down on their beds. This time, they started talking about the Joint Request, not the reflection meeting.

They are done with their work, Mile restriction has been cleared.

And first from Marcella…

「As expected, as hunters, everyone in the “Red Oath” is much stronger than us.
Well, given the differences in experience and the original talent, it’s obvious…」(Marcella)

Rena’s Trio was really surprised because they thought that Marcella would say “I’m better than you”.

When it comes to “which party is stronger” of course, Red Oath can say with confidence that they are the ones.
However, when Marcella said about “Hunter’s ability”, Red Oath was overly clumsy for the past three days.
They expected Marcella’s Trio would poke there and claim that Wonder Three was better when they couldn’t argue against it.

But Marcella didn’t. She even admitted their loss…

It’s no wonder Rena thinks so.
However…

「Everyone is aiming for A rank with excellent ability,
And you can make a lot of money, right?」(Marcella)

「Everyone is working hard to become an A-rank hunter and earn money.
While Adel-san doesn’t want that kind of thing, she just wants average/ordinary happiness.
As a C-rank hunter with us, she can go around the world while relaxing, doing interesting things, and having fun.
For a while…, yes, about 10 years.
Then we are 23 years old.
Then, if we returned to our country after becoming rank B, we would appear to have been training hard. And at that time, the two princes would probably have been married to other noble girls, so Adel-san would also be safe.
As expected, they would not be able to force Adel-san to be their mistress or lover, anyway, there’s no need to worry.
At that age, we wouldn’t be forced to marry anymore…
After that, in Adel-san’s territory, each of us will catch a good man that we love.
The four of us are good friends who would stay together as a big family…
Well, the whole thing would be explained that four good classmates set off on a fun and brilliant adventure!」(Marcella)

Rena’s Trio was surprised that Marcella pulled a fast one on them.