(Deleted this part by translator due to mistake)

「「Can you at least show us something about that…」」(Elder + Chief)

The Elder and the village chief bow down and beg but Mile can’t show them her magic so easily.

「It’s a “secret” because you aren’t my family!
Then, what’s about the secret of the elf, would you like to publish all of them to all human beings?」(Mile)

In response to Mile’s argument, the elder and the village chief became silent.

The Elf Trio didn’t bother to talk anything on this matter.
Perhaps they thought Mile wouldn’t agree, or they just planned to secretly ask her later on?

For the Elves, maybe “they can’t stand that humans know the magic that they don’t know about when they should be far superior to humans”?
Or they are just interested in “interesting time-killing stories”,
Anyway, Mile is annoyed by the elder and the village chief’s demand.

Well, since Dr. Kulereia, Etoul, and Shararil were also like that before,
It may be unavoidable, however, there’s no reason to do so.

Even if Mile told it’s a “secret of her family”, it’s more dangerous than that, it’s probably a “secret (of knowledge) of the Earth”…

Mile thought it would be bad to be surrounded by all of the Sage Society suddenly. Just like the elder and the village chief that Mile had just met for the first time, it would be annoying to face every one of them at the same time…

Yes, that’s just for the convenience of the other side, which Mile didn’t know about.

… Mile wasn’t too angry with the Elf trio anymore. (T.N: more like you need to say sorry to them first)

It’s a misunderstanding. Even though the trio wrote in the report letters such as “There is a child who feels like an elf”, “Use unknown magic”, “Amazing magical power”.
In other words, they didn’t mention exploration magic or phase-ray at all.

Yes, they didn’t break the hunter’s contraindications of telling others the secrets and feats of the hired hunter.
It was a bare gray zone but they didn’t mention anything in detail…

Mile wouldn’t have forgiven the Elf Trio if they had broken it.

So, all that was left was how to treat the elders, but Mile didn’t have to think deeply.

「You didn’t tell me about your secret but you wanted me to tell you about mine?
You can’t talk about it, right? Okay, see you later.」(Mile)

Actually, the Elder, the village Chief and the meeting in the village chief’s house have nothing to do with this request.
The girls just have to leave here and stay overnight in the woods until they return.

Even of the Elf Trio tricked Mile, there’s no place to add a complaint to the request itself.
For the time being, Mile also intended to work as the return-trip escorts.

Even if Red Oath cancels the order request from their side and doesn’t escort the Elves on the way back, they just need to add a claim to the guild, the request won’t be a request failure as the client’s fault.
The full amount of money should be paid, still, it’s kind of annoying to let the elf trio return without escorts, so, Mile decided to do the work to the end.

Regardless of their actual age, the three Elves look like young women. And because they are also beautiful, the probability that they can be attacked and kidnaped by bandits is much higher than usual.
If something happens because Red Oath threw their escort mission, they would have a bad aftertaste.

…Yes, if the bandit men who messed up got half-killed or unable to recover…

Ignoring the Elder and the village Chief, Red Oath quickly exits the village mayor’s house, followed by the Elf trio.

Yes, of course, there’s a place to go after this, so Dr. Kulereia’s group can’t part with Red Oath yet.
…Red Oath had to give each of the Elf Trio’s families the souvenirs in the Mile’s item box.

Probably because this is her own house, Etoul opened the door vigorously without knocking.

The other side of the door seems to be a living room,
Three people are looking at Red Oath with a surprised look, parents who look around 30 years old and brothers who look like 14 to 15 years old.

Apparently, Etoul’s letter to her family also had “Red Oath” written on it…

But Mile’s group doesn’t want to get close to another family of three.
So, in order to get the job done quickly, Mile takes out the deposit that was put in the item box.

Suddenly the wooden boxes, pots, knives, piles of food that can be preserved, and various other supplies suddenly appeared in front of the Etoul’s family.

Of course, they know those things are souvenirs from Etoul.
What’s surprising is Mile’s storage magic stupid capacity that carried it.

And souvenirs can’t be just for their daughter alone.

Yes, it was normal to think that there should be the same amount of souvenirs for Shararil and Kulereia’s families.

But that’s not related to Mile’s group.

Then they lightly raise their right hand and leave Etoul’s house to the next house.

Open the door and jump in, Dr. Kulereia sticks her head on her father’s stomach and “purr, head-butt or curl up” with him.

(T.N: sorry I don’t know the right word to translate so I copy-paste the cat’s behavior)

Her father bowed his head with a look like sorry.
Probably the usual thing…

According to the original plan, Red Oath will tour the village of the Elves, see how they live, and listen to old people’s stories until the day of their return.
Opportunities to hear things hundreds of years ago directly from the involved parties would make anyone drool other than Mile…
It seems that the upper part of the village seems to be thinking about getting information from Mile about “magic unknown to them”.
It seemed bad to get involved and make requests.

Yes, not only the elder and the village chief but a suspicious name such as “Sage society”.
It was safe to say that the others who had a voice in the village were thinking about the same thing.

「…But I wonder if they are looking down on humans.
Even though they are completely unrelated, but when they meet Mile for the first time they already ask her about the secret of her parents’ house…
What’s more, they aren’t willing to offer what they pay for?」(Rena)

「They are probably looking down on us, young people rather than humans.
For them, we’re probably young children.
Like people who see some toddlers holding a jewel in their hand?
I wonder if it’s like that…」(Maevis)

Yes, at that stage, they don’t know if anything goes wrong.

Of course, after that, there’s a possibility that the jewel will be taken away, or the toddlers get tortured to spill the picked up place.

「Yeah, it seems that older elves don’t have much ambition or desire.
The young Elf Trio is kind of getting excited like a child finding a new toy…」(Pauline)

And the evaluation of Dr. kulereIa is terrible. Even though they can’t say the same for other people…

Red Oath walks around the village for the time being.

People may be wary that it’s unusual for humans to come to the village, but if it’s just walking around, it does not mean that the girls need a permit.

In other words, because they are friendly races that form an alliance, the Elves shouldn’t be so alarmed.
Moreover, from the viewpoint of them, Red Oath is just young girls.

Perhaps the population is small, there aren’t many people out there, and there are no children.

「…So, given the age distribution, there aren’t many elves whose actual age is 14 or younger…」(Mile)

「Well, We will start a meeting for tomorrow’s “face to face meeting”!」(Kulereia)

Speaking of which, the Elf Trio was talking about this in the carriage as well.

「Ah, the guild master has talked about this…」(Mile)

“Why is it relevant to us?”, Red Oath group doesn’t understand at all.

I will take an annual holiday for the year-end and New Year holidays.

Therefore, next week and next week. I will take a rest for the next two weeks… Bookwork and other work named… The next update of Noukin will be 00:00 on January 7, 2020 (Tuesday).

I look forward to working with you next year as well.  (^^)/

And a lot of news before the holidays.

First of all, today (December 20th), the first volume of “Noukin” Blu-ray Disc is released!

Next, Itsuki Akata sensei, illustrator of Noukin LN, will participate in Comiket with Noukin Doujin’s book!

Of course, with a license from the generous Publisher!  (^^)/ 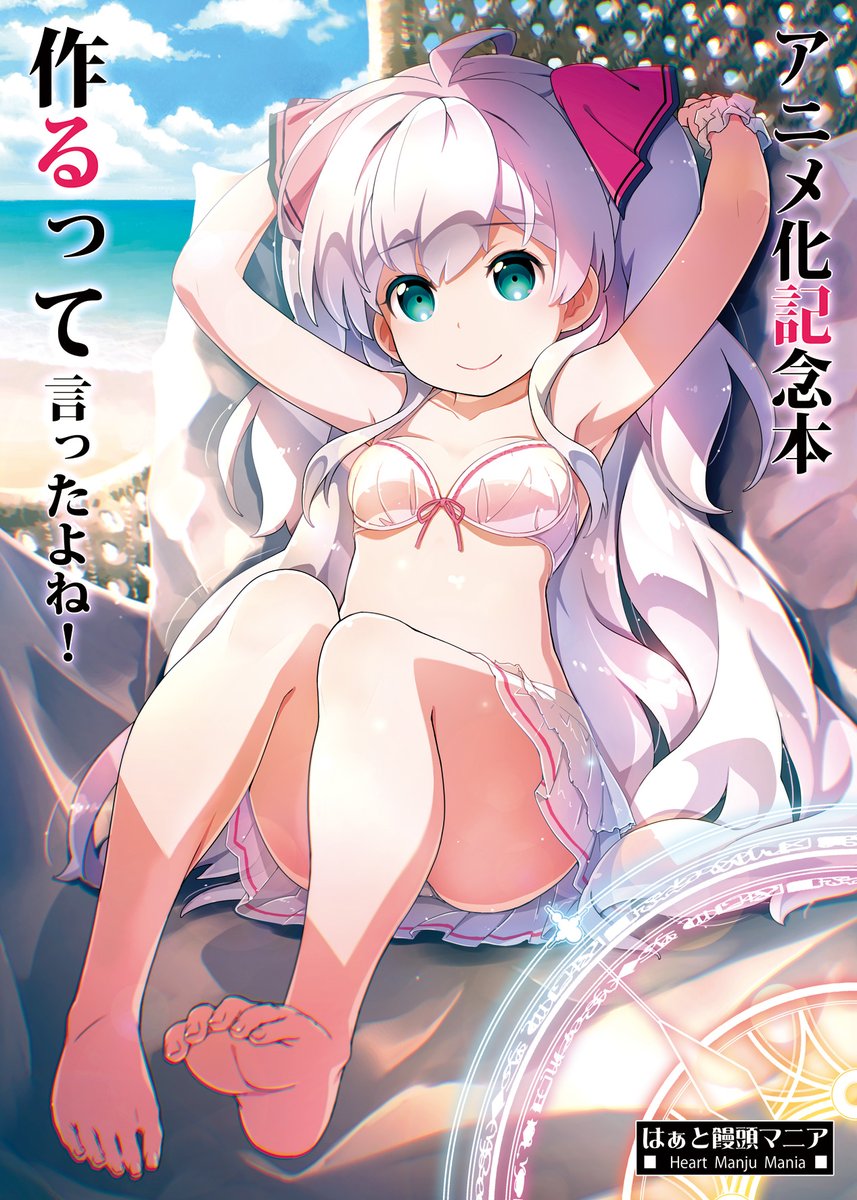 And Moritaka Yuki sensei, who draws Noukin spin-off comic, is also joining with their work. 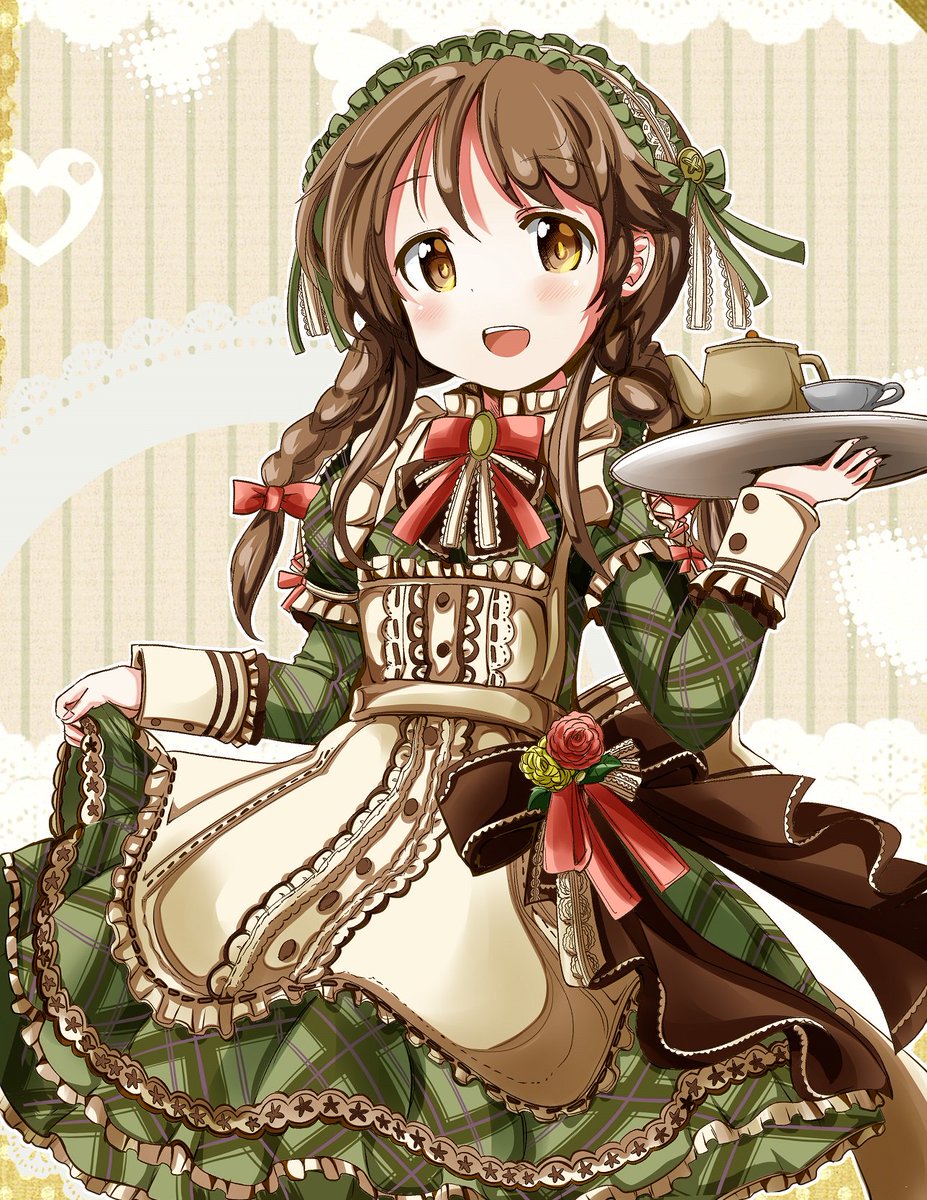 And “Earth Star” participated in the company booth all day long.  (^^)/

And, “Reincarnated great saintess who hides she is a saintess (FIA manga)” will be serialized on December 19th (Thursday)!
The location is “Comic Earth Star”, a webcomic magazine that you can read for free.

The “Noukin” comic version and spin-off comics are also posted there. (^^)/

The night of the 23rd is the last episode of the anime “Noukin”.

Ah, the editor in charge just contacted me.

Regarding various announcements in this postcard,
We have already consulted with the “Narou” management regarding the availability of the terms. (^^)/