This time as well, there is a change in perspective like the previous time.
Please be careful not to mistake

Midir-san declares a loss due to the destruction of the weapon of the first member.
But the first one doesn’t seem to be convinced by the result.

He is spitting and protesting.

「It’s crazy!
You must have put something in that sword!」(Soldier)

No, I have watched her with my eyes quite close, she would have used a wooden sword in the training center.
She had nothing when she entered the training ground.
She had chosen two of the wooden swords she saw as equipment, but didn’t he see it?

It was a very shocking and unbelievable sight that the wooden sword broke like a rotten tree branch.
The captain standing in the back face palms with one hand like having a headache.

「Isn’t that fine, Captain, just leave him alone.
Even my Senpai can do it a little better than him.」(Kouhai?)

「Midir, can you deal with it in a good way?
This fool is usually a serious guy but he doesn’t listen when blood rushes to his head.」(Captain)

Probably to show that she is not cheating.

Then he gave Cathia-san a new wooden sword from a random soldier standing around.

Apparently, a rematch was allowed.

After that, there are many new challengers who stood up…
It was a miserable situation.

Those who were alert of her power were especially horrible

Weapons are destroyed, thrown out of hand, buried in the ground. There’s not even a decent fight.

Furthermore, even if their weapon wasn’t destroyed, they couldn’t even land a hit.

Those who have a certain level of ability were defeated by a strong counter after a few hit blocks.

Those who were frightened and took too much time to act were defeated without being able to withstand a stormy attack with two swords.

By the time the number of people in the line has decreased to less than half, the faces of those who had been waiting for a while were dyed from expectation to despair.

I knew it, he doesn’t seem to have any pride as a knight.

「Senpai, I suddenly got a stomachache.
Can i go home?」(Kouhai)

… Senpai’s face is blue.
I’m sure I have the same face.

「You will know if she is a lie when you cross sword with her, isn’t it」(Kouhai)

Now that, I witness it
Well, it’s blinding.

「… No, isn’t it okay for me not to fight because I already witness that strength?」(Senpai)

「…Right?
Hey, look. She’s not even out of breath」(Kouhai)

That girl, Cathia-san is vigorous,
However, she is wielding two swords with a lean movement.

In addition, sometimes she kicks as well.

You can’t avoid that.

「Oh, she is a monster (Bakemono).
And she still hasn’t even used the rumored magic sword yet」(Senpai)

「Can’t she even use it with a wooden sword?」(Kouhai)

Won’t it burn because it’s wood?
Captain, who was listening to our conversation, came out with a smirk.

「No, I heard from the information department that if she feels like it, she can put fire on her hands and feet with an aura.
Even if it’s impossible for her to use great flame power, she can use it regardless of the material by strengthening the aura for a short while.」(Captain)

Then she just doesn’t use it.

Moreover, with limbs–
She can fight to some extent without a weapon, even though she is a swordsman.

「Isn’t that nice?  When it came to the captain, even the information department must show good faces」(Senpai)

Oh, Senpai is sharpening his mouth and poking at the captain in vain.

Senpai, are you messing around?

I knew. Because he is such a human being.

「Huff, if you’re frustrated, you should get ahead.
You guys are still young」(Captain)

And it is done wonderfully.
As expected, Senpai doesn’t betray my expectations!

「Well, it doesn’t mean that you can get hurt for nothing, it’s a good idea to gain as much experience as possible.
Hey now, it’s your turn」(Captain)

Before we started chatting, there was still half, about 100 people.
It seems that everyone was losing while we were talking.

「Senpai, have a safe depart」(Kouhai)

「Hey, I feel something bad about your words」(Senpai)

「It must have been your imagination.
If possible, please keep it as long as possible.
Stall time for me to prepare of my heart」(Kouhai)

「To hell with preparing your heart!
…Ah damn it, here I come!」(Senpai)

By the way, Senpai’s specialty is the same spear user as mine.
Senpai is nervous while the red devil (Akai Akuma) stands calmly.

Both sides bow lightly to each other and hold their weapons.

Senpai yelled but his voice turned inside out in the second half.
That’s right.
Oh, my senior is sticking to make use of the spear’s timing.

Hit* hit*……Ah, his body takes many hits from the dagger.

And it ends with a longsword attached to his nape.

――Well then, shall I go home then?

「Huh? Where are you going?」(Senpai)

Senpai, you recover so fast!

「Please let go of me, senpai!
What’s the point of a fight knowing that I will lose!」(Kouhai)

「You should also depart (the same joke, go die).
You can experience the true horror that is comparable to the battlefield …」(Senpai)

My senpai blocked my retreat …
Ah, damn it!

Can’t be helped. I walk with a spear under heavy pressure and face Cathia-san.
The wind blows and a nice scent is brought to me downwind…
Muho.

She greets me with a calm voice.
A high and beautiful voice is nice but this is…
Oh well, it’s fine already.

How nice.
It suits her appearance perfectly.

However, if you look closely, she is totally beautiful.

Her Eyelashes.
The beautiful skin and her shiny lips.

When I stare at it, her lips are opened.

Oops, no good, I just stared at her.

It can’t be helped, I’m a healthy young man.

Midir-sama announces the start.
My ability isn’t different from my senpai.

So, refer to the previous battle

Stab with my spear while paying attention to her dagger.

Of course, the spear doesn’t hit.

I won’t win, but I’ll fight longer than my senpai!

Hold the spear firmly and keep distance by attacking with minimal movement.

As the girl in front of me muttered, she lowers her body and approaches me.
I hurriedly poke with my spear but it doesn’t hit.

I lost my chance!
But I don’t give up, I’ll try one more move!

As Cathia-san approaches me with a low posture, I swing my spear sideways at a height close to the knee.

I win! And the moment I thought so.

An aura, that makes my legs giving out involuntarily, raises from the other side,
The figure disappears leaving a red afterimage.

A shadow is slightly formed at the top of my field of view.
I hurriedly turned my gaze upwards and saw long red hair flying in the sky with an afterimage like a tail.

And I couldn’t move anymore.

There is no sound and the sign of landing but I have the feeling of being stabbed in the back with a dagger.

Does she care for me, how kind…
However, there’s no sound.

This person is strange.
I couldn’t follow her on the way but she suddenly jumps into the air from a crawling posture, right?

She has a soft body and a strong spring.
I don’t know clearly about the aura and sword technique but our level is too different.

Since the loss was declared, I will return to my senpai.

「The moment her aura rose, I got goosebumps.」(Kouhai)

「Me too… the wooden sword looked serious. Ko~ee」(Senpai)

「What are you talking about?!
Obviously, you had seen my fight and used it as a reference!」(Senpai)

「Of course, I know!
How many times do you think we have trained together!」(Senpai)

Senpai aside. The one who fights next is Captain, right?
The Captain is the master of swordsmanship, backed by a vast amount of experience.

Although he is old, no one in the castle can beat him in a fight.
The Captain is already standing facing Cathia-san.

I can’t predict what will happen to this battle.

However, because I lost, I want to keep watching to the end as a spectator. So, I was getting more and more excited about what would happen.

How strong is the red-haired lady?

Do other soldiers also have the same feelings as well?
They are silently watching the battle between the two.

「Well then, Final round, start!」(Midir) 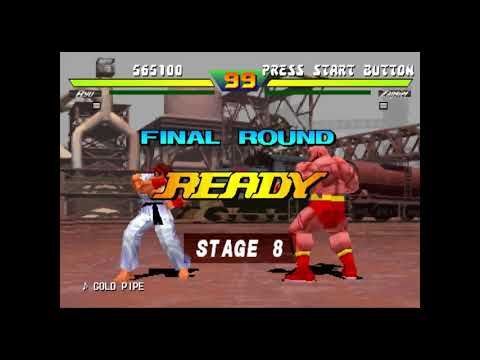 At the signal of Midir-sama, the two of them faced each other step by step.