Chapter 04: My father is healthy again.

Chapter 04: My father is healthy again.

I spilled everything, even though I triumphantly took out [Recovery Medicine (God)] when I helped my father.

Is there any worse despair?

I just drenched my father and increased my mother’s work …

But I’m not giving up.

Because this is a daily occurrence in games.
The main story doesn’t move forward if you stop after one failure.
If you have a boss that you can’t beat, you can raise the level and try again.

And from this result, I was able to get some interesting insights.

「I was surprised yesterday, but I think you are in good shape today」(Reni’s mother)

「Oh. I can’t wait to get water from Reni again」(Reni’s Father)

Goodness Gracious, My father, who was bedridden until yesterday, is sitting up in bed and talking to my mother today.

How long has my father been able to get up in this way?
I feel like tears are floating in my mother’s eyes. 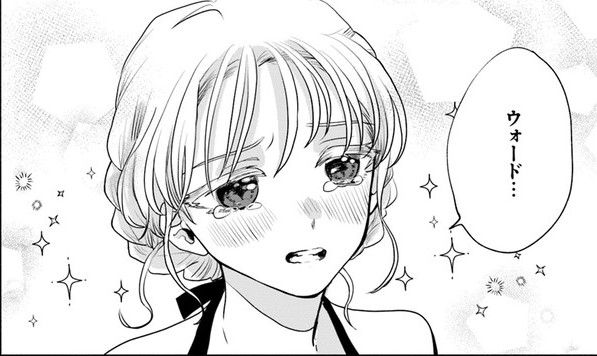 Looking at the situation of these two people, I thought, “Hmm (Fumu)”

What does this mean?

The correct answer must be the power of [Recovery Medicine (God)] has worked, right?

In other words, I thought that the recovery drug works orally, but it works reasonably well through the skin.

However, the effect will be reduced, so even if it should recover completely in an instant, it would have been only as effective as this.

This can be used.
I thought I would secretly feed it to him while he was sleeping, but when I think about it, I think it’s difficult to take it when he was sleeping.

It’s not a matter of getting him soaked, but if I apply it to his skin little by little, I can secretly cure my father…?
I giggle with a nice inspiration.

「Reni, did you do something good?」(Reni’s mother)

My usual beautiful mother.
She seems to be getting a little tired these days.

My mother looked at me and gently stroked my head.
All right.
Leave it to me!
Let’s rejuvenate my father and get rid of my mother’s tiredness!

Or so I thought…

As a result, I had drenched my dad about five more times.

One-year-old baby lacks muscle strength.
This was hard to come by.
It can not be helped.

My father and mother kept the water out of my reach and away from me.
When I drank water, they didn’t leave my side and stared at me.

But my father gets wet, soaked every time. 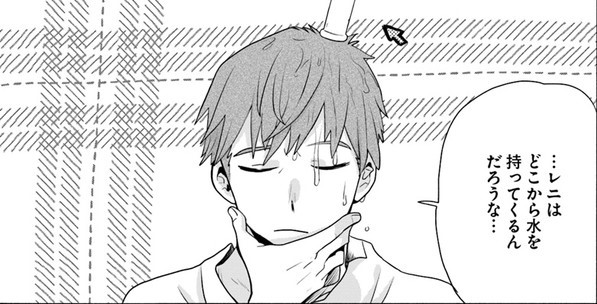 「Where does Reni bring the water from …?」(Reni’s father)

I’ve seen my father and mother tilt their heads pondering after I drenched my dad.

As expected, there may be no concept of Item Box.
My father and mother didn’t seem to know where I was getting the [Recovery Medicine (God)]. 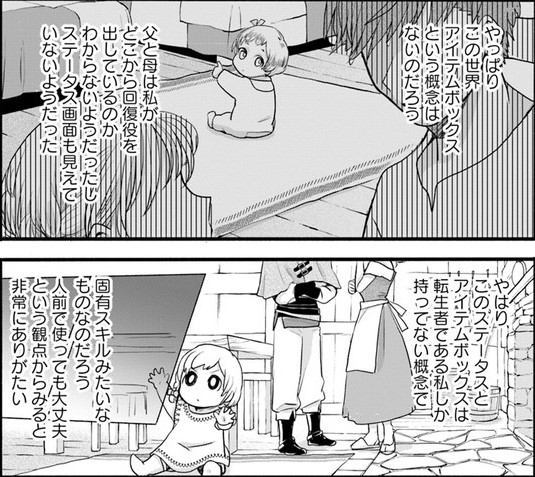 As expected, this status and Item Box are a concept that only I, a reincarnated person, have. It seems to be a unique skill.

But in the other hand, it’s okay to use it in public, I’m very grateful.

「Maybe  she is a water-based wizard, I might be hated because only me getting wet …」(Reni’s father)

My father, who was completely fine and able to have breakfast at the table, said so while looking somewhat sad.
My mother saw my father and laughed silly.

「Dear, I think she is playing a prank because I like you」(Reni’s father)

My mother nodded to my father, who had regained confidence after hearing the words.
And she lifted me up on her lap while sitting in a chair.

Even so, my weakness of the “Sa” line is as usual.
Compared to the one-year-old me, who first said “Chi~yu~te-ta-chi~yu (Status)!”, I think I have made great progress.

But even though I’m two years old, I haven’t been able to speak yet.
The “Sa” line is scary.

「Well then, I will be going」(Reni’s father)

When my dad said that, he stood up from the chair, hugging me on my mother’s lap.
Yes!
My father recovered enough for him to be able to work.

My mother worriedly followed my father. She hugged me and moved to the front door.
Although my father’s body has improved, the fact that he failed the monster-hunting once won’t change.
He was bedridden because of that injury, my mother is worried all over again seeing him off.

But my father returned to work as a hunter because he earned more money than my mother worked from morning till late at night.

My father speaks to me as he is leaving.
So I nodded strongly to and replied.
With the strongest 2-year-old child, don’t worry.

「Mama. Papa will be okay」(Reni)

And I told my mother, I hugged her so that she could feel at ease.

In fact, I have secretly given my father an accessory that nullifies abnormal conditions and restores his physical strength over time.
My dad isn’t aware of it, but the strap around his left arm does the job.
In addition, my father’s jacket pocket contained a wooden doll that would serve as a one-time substitute when he was incapacitated.

Both of them were a secret from my parents, so the effect has not been revealed.
I don’t think my father will be in the same state as before or endangered by an attack from a monster.

Waving with my mother on my father’s back when he goes out to work.
My mother gently stroked my head and she lowered me to the floor.
And she starts her housework right away.

My mother’s current life is working at a bakery early in the morning, and from there she does all the housework.
She also did fieldwork, and she was doing sewing work at home, which she was introduced to by her mentor.

It may be a little easier than when she was walking to the city and working at an inn, but even so, she still seems to be working a lot while I sleep.

My father often leaves home in the morning and doesn’t return until late at night.
It’s not because he is out to play, he is really hunting monsters from morning till late at night.

–Poverty is not easily improved.

I was hoping that my father would get well… but unexpectedly, it may cost money to live in this world.

I thought I knew about this world in my previous life, but I didn’t have a perspective on living expenses and food expenses, so it was a new discovery.

「Mama, Reni wants to go to the field (backyard/garden)」(Reni)

「Mama will go with you as soon as this is over, so can Reni wait like a good girl?」(Reni’s mother)

I nod with a smile to my busy mother and head straight to the front door.

I left the door open as my mother told me so that my mother could feel my presence.
However, although I know her sign, my mother will not be able to see what I am actually doing.

I can execute the second plan for my poor and busy home!

A small field just outside the entrance.

That’s the field of my house, but somehow none of them are doing well.
I think the land has become lack nutritions because we grow vegetables continuously in a small area.

If we can harvest S materials (selling), potatoes and carrots (daily foods), the poverty of my home should be resolved.

Leave it to me, the strongest two-year-old child!

–I will sprinkle [fertilizer (God)] on the field!