As the name suggests, [Cat’s Hand Glove] is a glove in the shape of a cat’s hand, but when equipped with it, the character will have cat ears and a cat’s tail.

[Neko’s Punch] is a striking type, [Neko’s Claw] is a slashing type, and [Neko’s Tail] is a whip-type attacking technique.

Because the character’s appearance changes, I look like a cat beastkin while equipped.

The three debt collectors, who saw me, had become stars. But even if my information leaked from somewhere, they would think of me as a “child of cat beastkin.”

It’s safe and secure even if I take off the hood of [Hermit’s Robe] and expose my face.

[Cat’s Hand Gloves] is the best weapon that allows you to move your ears and tail freely and disguise yourself!

「I need to conceal my home」(Reni)

You see, the bad guys mysteriously became stars.
If my parents don’t pay their debts anymore, I’m sure they’ll come to my house.

My dad can fight back like today, but I’m worried about my mother.

Pick up the loan book from the ground, put it on the hood of the [Hermit’s Robe], and return to my house.

Mumble in front of the house, select the item I need from the lineup of item names.

This time I will use [Amulet of Avoidance (Special)]

In the game, if you camp, your physical strength, magical power, and other negative things will be restored.

But you will encounter monsters with a certain probability and a camp failure judgment will be issued.

If you use [Amulet of Avoidance] when camping, the failure judgment will be reduced.

The probability of success increases with (normal), (top), and (special). There is no (God) in this amulet, and (Special) is 100% successful.

There were other amulets that could be used for camps, such as those that increased the healing value and those that gave special effects.

This time, I don’t want to attract anything that comes to my house with hostility, so [Amulet of Avoidance] is fine.

Speaking of the game, this village is a city map, so originally, this amulet cannot be used but hopefully, it will work.

I think they will not be able to find my home, which is a campsite because I am judging the debt collectors as enemies. 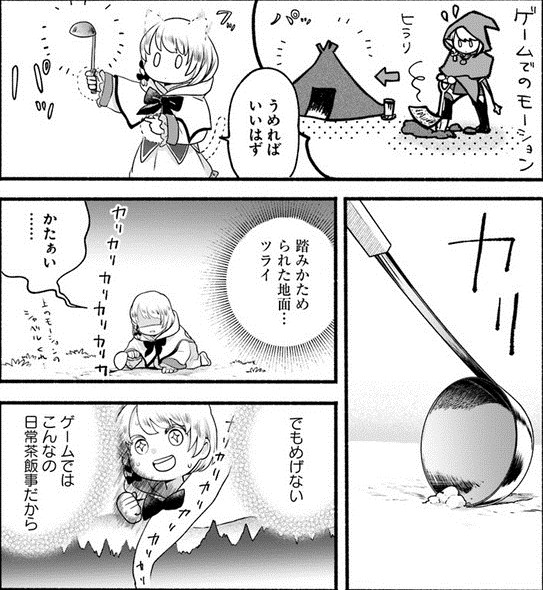 So, I change the equipment from [Cat’s Hand Gloves] to [Ladle] and select the [Amulet of Avoidance (Special)] to take out.

Ladle on the right
On the left is a piece of paper with the magic circle written on it.
It’s an amulet.

But I can’t give up.
Because it’s a daily occurrence in games.

If you proceed even little by little, you will definitely get stronger.
I know that the accumulation of small things is important.
I can!

I take off the [Hermit’s Robe].

Return the equipment [Hermit’s Robe] to the item box and return to my original appearance.

Before I notice, my hands are black with soil.
I wiped the sweat on my forehead with this hand, so maybe the soil got on my face as well.
But I did it!

Dig about 3 cm in the ground and put a folded amulet there.
And sprinkle the soil.
Step on from above.
I’ve done my work…!

Then I heard an impatient voice from behind…

I was hugged tightly. 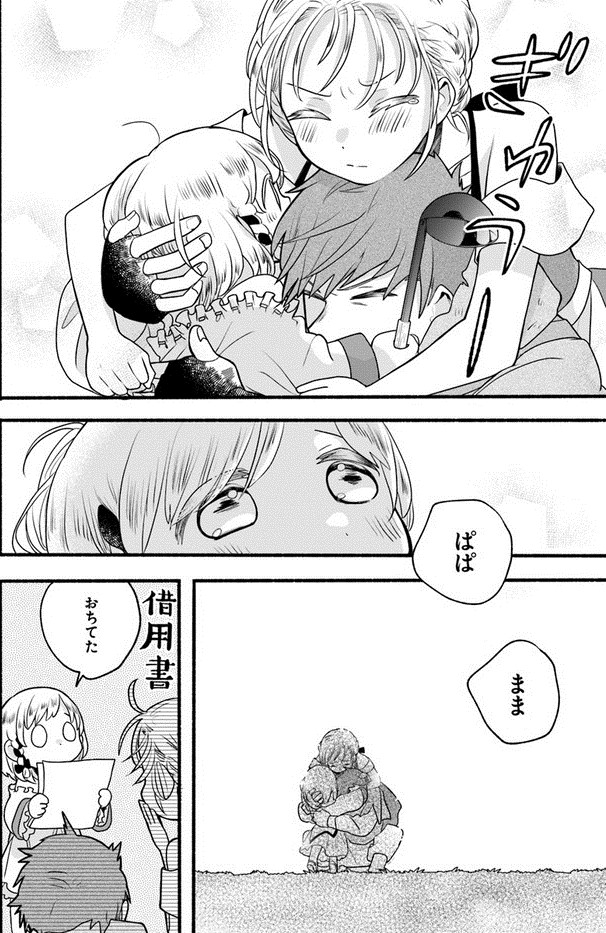